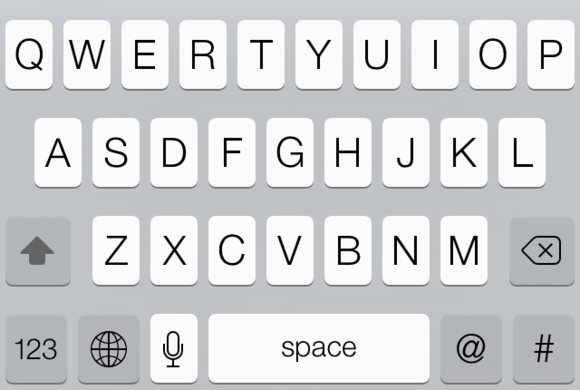 Growing up, when I first learned about computers, I was introduced to the querty keyboard. It was very difficult to learn at first. In fact, I learned later on the the reason the two top keyboards, QWERTY and Dvorak, were set up in each ones’ peculiar manner had to do with their introduction in typewriters. There was an actual concern that if a typist typed too quickly, the gears would catch together and potentially break the typewriter. This is why it wasn’t done in an A-Z format.

Now that typewriters have come and gone and we are now in the digital age, there is no other reason behind keeping the QWERTY keyboard other than Minhag. I’ve been exposed to keyboard on touchscreens in alphabetical order and now find that typing on a QWERTY keyboard is much faster. It’s something that’s tried, tested and true, and I don’t need to reinvent the wheel.

Noting that, it struck me as interesting how similar our Jewish minhagim are in this manner. A lot of Minhagim we do are, literally, out of habit or behaviour, as the word Minhag literally translates to. If we needed to reinvent the wheel for everything, we would be moving on at a much slower pace than that of our peers. By doing the same things over again we can do things on autopilot, which is invaluable in today’s fast-paced, demanding hectic schedule.

Interestingly, on a similar vein, Rabbi Adin Steinzaltz wrote his monumental commentary of the Talmud, publishing in a non-traditional format. Many unfamiliar with the format decided instead to opt with the more traditionally laid out soncino or artscroll Gemaras. This forced Rabbi Steinzaltz to reformat his work into the more traditional layout, which is more Italian in appearance.

Just thought I’d share my thoughts. Comments would be appreciated.