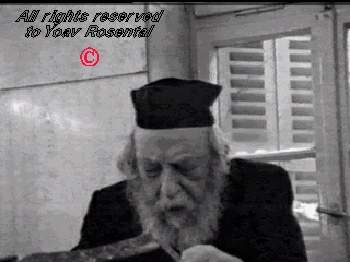 Many years ago when I was a relatively young yeshiva student I had the opportunity to study with one of the great rabbis of the previous generation. His name was Rabbi Yisroel Zeev Gustman and he may have been one of the greatest rabbis of the 20th century. He was certainly the greatest “unknown” rabbi: While he fastidiously avoided the limelight and was therefore unfamiliar to the general public, he was well known to connoisseurs of Torah learning.

His meteoric rise from child prodigy to the exalted position of religious judge in the Rabbinical Court of Rabbi Chaim Ozer Grodzinski at around the age of 20 was the stuff of legend — but nonetheless fact. Many years later, I heard Rav Gustman’s own modest version of the events leading to this appointment: A singular (brilliant) insight which he shared with his fellow students was later repeated to the visiting Rav Chaim Ozer, who invited the young student to repeat this same insight the following day in his office in Vilna. Unbeknownst to Rav Gustman, the insight clinched an argument in a complex case that had been debated among the judges in Rav Chaim Ozer’s court — and allowed a woman to remarry.

One of the judges adjudicating the case in question, Rabbi Meir Bassin, made inquiries about this young man, and soon a marriage was arranged with his daughter Sarah. When Rabbi Bassin passed away before the wedding, Rabbi Gustman was tapped to take his place as rabbi of Shnipishok and to take his seat on the court. Although Rav Gustman claimed that he was simply “in the right place at the right time,” it was clear that Rav Bassin and Rav Chaim Ozer had seen greatness in this young man.

Rav Gustman escaped, though not unscathed. He hid among corpses and in a pig pen. Somehow, he survived.

While a long, productive career on the outskirts of Vilna could have been anticipated, Jewish life in and around Vilna was obliterated by World War II. Rav Gustman escaped, though not unscathed. He hid among corpses. He hid in caves. He hid in a pig pen. Somehow, he survived.

For me, Rav Gustman was the living link to the Jewish world destroyed by the Nazis. I never had to wonder what a Rav in Vilna before the war looked like, for I had seen Rav Gustman, 35 years after the war. At the head of a small yeshiva in the Rechavia section of Jerusalem, Rav Gustman taught a small group of loyal students six days a week. But on Thursdays at noon, the study hall would fill to capacity: Rabbis, intellectuals, religious court judges, a Supreme Court justice and various professors would join along with any and all who sought a high-level Talmudshiur (class) that offered a taste of what had been nearly destroyed. When Rav Gustman gave shiur, Vilna was once again alive and vibrant.

One of the regular participants was a professor at the Hebrew University, Robert J. (Yisrael) Aumann. Once a promising yeshiva student, he had eventually decided to pursue a career in academia, but made his weekly participation in Rav Gustman’s shiur part of his schedule, along with many other more or less illustrious residents of Rechavia and Jerusalem.

The year was 1982. Once again, Israel was at war. Soldiers were mobilized, reserve units activated. Among those called to duty was a Reserves soldier, a university student who made his living as a high school teacher: Shlomo Aumann, Professor Yisrael Aumann’s son. On the eve of the 19th of Sivan, in particularly fierce combat, Shlomo fell in battle.

“They are all holy.”

Rav Gustman mobilized his yeshiva: All of his students joined him in performing the mitzvah of burying the dead. At the cemetery, Rav Gustman was agitated: He surveyed the rows of graves of the young men, soldiers who died defending the Land. On the way back from the cemetery, Rav Gustman turned to another passenger in the car and said, “They are all holy.” Another passenger questioned the rabbi: “Even the non-religious soldiers?” Rav Gustman replied: “Every single one of them.” He then turned to the driver and said, “Take me to Professor Aumann’s home.”

The family had just returned from the cemetery and would now begin the week of shiva — mourning for their son, brother, husband and father. (Shlomo was married and had one child. His widow, Shlomit, gave birth to their second daughter shortly after he was killed.)

Rav Gustman entered and asked to sit next to Professor Aumann, who said: “Rabbi, I so appreciate your coming to the cemetery, but now is time for you to return to your Yeshiva.” Rav Gustman spoke, first in Yiddish and then in Hebrew, so that all those assembled would understand:

“I am sure that you don’t know this, but I had a son named Meir. He was a beautiful child. He was taken from my arms and executed. I escaped. I later bartered my child’s shoes so that we would have food, but I was never able to eat the food — I gave it away to others. My Meir is a kadosh — he is holy — he and all the six million who perished are holy.”

Rav Gustman then added: “I will tell you what is transpiring now in the World of Truth in Gan Eden — in Heaven. My Meir is welcoming your Shlomo into theminyan and is saying to him ‘I died because I am a Jew — but I wasn’t able to save anyone else. But you — Shlomo, you died defending the Jewish People and the Land of Israel.’ My Meir is a kadosh, he is holy — but your Shlomo is aShaliach Zibbur – a Cantor in that holy, heavenly minyan.”

Rav Gustman continued: “I never had the opportunity to sit shiva for my Meir; let me sit here with you just a little longer.”

Professor Aumann replied, “I thought I could never be comforted, but Rebbi, you have comforted me.”

Rav Gustman did not allow his painful memories to control his life. He found solace in his students, his daughter his grandchildren, and in every Jewish child. He and his wife would attend an annual parade (on Yom Yerushalayim) where children would march on Jerusalem in song and dance. A rabbi who happened upon them one year asked the Rabbi why he spent his valuable time in such a frivolous activity. Rav Gustman explained, “We who saw a generation of children die, will take pleasure in a generation of children who sing and dance in these streets.”

“I think about those shoes every day of my life.”

A student once implored Rav Gustman to share his memories of the ghetto and the war more publicly and more frequently. He asked him to tell people about his son, about his son’s shoes, to which the Rav replied, “I can’t, but I think about those shoes every day of my life. I see them every night before I go to sleep.”

On the 28th of Sivan 5751 (1991), Rav Gustman passed away. Thousands marched through the streets of Jerusalem accompanying Rav Gustman on his final journey. As night fell on the 29th of Sivan, 9 years after Shlomo Aumann fell in battle, Rav Gustman was buried on the Mount of Olives. I am sure that upon entering Heaven he was reunited with his wife, his teachers and his son Meir. I am also sure that Shlomo Aumann and all the other holy soldiers who died defending the People and the Land of Israel were there to greet this extraordinary Rabbi.

On December 10th 2005, Professor Robert J. Aumann was awarded the Nobel Prize in economics. I am sure he took with him to Stockholm memories of his late wife Esther, and his son Shlomo. I suspect he also took memories of his Rabbi, Rav Gustman.

May it be the will of God that the People of Israel sanctify His Name by living lives of holiness which will serve as a light to the nations – and may no more children, soldiers or yeshiva students ever need to join that holy minyan in Heaven.

The last time I saw Rav Gustman, I was walking in the Meah Shearim/Geulah section of Jerusalem with my wife and oldest son who was being pushed in a stroller. It was Friday morning and we saw the Rosh Yeshiva, we said hello, wished him “Good Shabbes.” Then I did something I rarely do: I asked him to bless my son. Rav Gustman looked at the toddler, smiled and said “May he be a boy like all the other boys.”

At first, my wife and I were stunned; what kind of blessing was this? We expected a blessing that the boy grow to be a zaddik — a righteous man — or that he be a Talmid Chacham — a Torah scholar. But no, he blessed him that he should be “like all the boys.”

Today, that son — Matityahu, and our second son Hillel, are soldiers in combat units in the Israeli Defense Forces. Brave, strong, motivated and idealistic, they are wonderful soldiers, wonderful Jews. I pray that they return home safely along with all their comrades, and live normal lives — “just like all the boys.”

(This article is based on a combination of first-hand knowledge and a composite reconstruction of events as retold to me.)