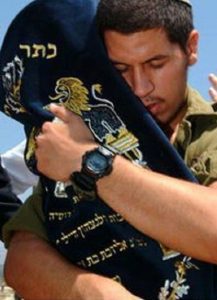 This e-mail is going around in Hebrew. It is all true.

The soldiers in Gaza are switched out with other units in order to rest. This
story was told by one of these soldiers.

“I and my friends captured a number of Hamas terrorists. When they were
interrogated, we asked them, if you have so many tunnels that come into Israel,
and that are built 25 feet under the ground and reach to Beer Sheva, why until
now have you never used any of them for terrorist attacks? To kidnap or kill
Israelis?

And this is what he answered:

“For twelve years we have been building these tunnels and waiting for the right
moment, when we were trained and ready. We decided that the time would be this
year on Rosh Hashana, 2014. We chose Rosh Hashana because most of the soldiers
get leave to go home and there aren’t a lot on guard duty, and it’s a two day
holiday. All of Hamas would go through the tunnels we’ve built over twelve
years and capture Israel. In every tunnel we’d send two, three dozen armed
terrorists and kidnap civilians, women, children and bring them back to Gaza
through the tunnels. And then Israel couldn’t bomb the tunnels because of all
the Israeli civilians inside them. And in this way we would occupy the entire
country and rule Israel and kill all the Zionists. For years we were planning
this and it was going to happen in two months. Your attacks on Gaza destroyed
our plans.”

The person who sent this to me added this:

“Many religious people asked after our three boys were found dead what happened
to all our prayers? So you see, this is what happened. God heard us. And
because of these three martyred boys, all of Israel was saved from a terrible
massacre. All the things that we have seen this summer are one miracle after
the next. Continue to pray and strengthen each other. And give thanks to God
who watches over the Jewish people in the land He promised them.”

← In Leaked Tape, Hostile Obama Tries to Force PM to Accept Truce
Pictures That the Press Won’t Show You About Israel’s Kindness →