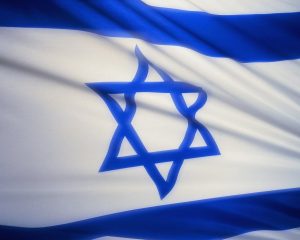 This was from a sent email from “Dorri.”

Israeli security thought it had adequate intelligence about Gaza. It was in for a surprise. It was not just the labyrinth of tunnels discovered, much more extensive than expected, but the stockpiles: thousands of weapons, Russian anti-tank missiles, explosive devices, and large amounts of tranquilizers, handcuffs, syringes, ropes. The tools of capture on a large scale.

Some of the tunnels are very deep, big enough to hold vehicles. They were dug with electric jackhammers, mostly about 20 meters below ground, and reinforced with concrete made on site, in workshops adjacent to the tunnels.

The tunnels served as command centers, infiltration points into Israel, weapons stores, rocket-launcher hiding sites, and the means to move and conceal fighters during urban combat.

The tunnels dug into Israel were created in parallel pairs, with multiple shafts to the surface for multiple entry points. Inside urban Gaza, the labyrinth could allow fighters to move unseen between homes and alleys.

Gaza had been wired for war. On a scale more advanced than Israeli military intelligence realized, which is why the Israel Defense Forces lost more than 40 soldiers in the first phase of Operation Protective Edge.

Areas of cities were laced with hundreds of booby-traps. The commander of the IDF Gaza Division, Brigadier-General Mickey Edelstein, said that in a single street in Khan Yunis in southern Gaza, his soldiers had found booby-traps in 19 of 28 homes.

Three Israeli soldiers were killed by an explosive device when they entered a building designated as a United Nations Relief and Works Agency for Palestine Refugees. The IDF has conceded it was surprised by the scale of the bomb traps across Gaza.

Israel is thus engaging in very limited ground combat in Gaza, given the whole area is a booby-trap of explosives, ambush and civilian targets. The largest known military control center for Hamas was placed in the basement of a hospital.

The IDF’s use of bombing has created a heavy civilian cost.

‘‘Hamas planned these tunnels for years, and planned to use them to kidnap soldiers,’’ chief spokesman for the IDF Brigadier-General Moti Almoz told a recent media briefing.

Actually, since then it has emerged that Hamas had a much broader agenda. Kidnappings can deliver psychological blows to Israel but not strategic ones. Hamas wanted strategic blows. It wants jihad.

Having devoted so much to war preparations, by some estimates 40 per cent of its budget, Hamas, with Iran, created the capacity for a major strike on Israel.

Israeli intelligence is assembling evidence from the tunnel labyrinth and from captured Hamas members, that the scale of the effort was to have the capacity to launch a coordinated attack involving thousands of the approximately 15,000 fighters Hamas has trained in Gaza.
Hamas had also doubled its rocket arsenal between 2012 and this year, with hundreds of missiles with the range to reach Jerusalem and Tel Aviv, according to head of IDF military intelligence research Brigadier-General Itai Brun.

Bigger missiles had been on their way in March, supplied by Iran and sourced in Syria. But the cargo ship Klos-C, an Iranian vessel under a Panamanian flag, carrying a load of M-302 surface-to-surface missiles, was intercepted by Israeli Navy special forces in the Red Sea.

With each revelation in recent weeks, the mood in Israel is that Operation Protective Edge has averted a catastrophe for the country, a mass terror attack, emerging from underground, incubated by the implacable hatred of Hamas.

The sheer scale of the war infrastructure revealed guarantees that Israel is far from done with this operation. It does not yet know the full scale of what was built and it wants this springboard of war and attrition destroyed. Tunnels have also been discovered in the West Bank, some stocked with bomb-making materials.

This is why the Israel government and public reacted with fury when US Secretary of State John Kerry suggested last week that Israel agree to a ceasefire which included a cessation of its operation to find and destroy tunnels. The proposal was deemed preposterous. (Numerous references to Kerry’s face lift reflected the scorn with which his intervention was held.)

Even famously pacifist Israeli author Amos Oz has been moved to condemn Hamas for creating a web of warfare through the civilian population of Gaza. At the other end of the political spectrum Economy Minister Naftali Bennett, the leader of the nationalist Jewish Home party, said of the war preparations uncovered:

‘‘Without the ground operation, we would have woken up one day to an Israeli 9/11.’’

Such is the nature of the Israel-Palestinian debate that many people regard all this as Israel reaping what it sows. Even as Israel strikes against a war machine, it is blamed for creating the conditions which created the threat.

The result of this logic trap – and the differing standard applied to killings by Jews and killing by Muslims – is that more media coverage and outrage has been directed at Israel for the unintended deaths of children in Gaza than has been directed at the butchery of Muslims by Muslims, on a massive scale, in Iraq and elsewhere.

In Syria alone, three years of war have seen between 120,000 and 170,000 people killed, including more than 11,000 children. This violence has spilled into Iraq, with atavistic massacres of prisoners by jihadis from Islamic State.

The deep animosities which are the ultimate source of this bloody absolutism could even be heard on the streets of Sydney last week, in the chants of demonstrators, some waving the black flag of the Islamic State: ‘‘Palestine is Muslim land … Jew and Christian will not stand … From Lakemba to Gaza … You can never stop Islam.’’

This must be shared and shared everywhere even with Muslim people who are ignorant to the radicalization that is taking place globally. It really affects all of us.