What does Ptil mean? According to Google Translate, modern Hebrew translates it as “thread.” However, Biblical Hebrew has a much broader definition to it and thus explains why with techeiles in Tzitzis there are differences in opinion how many strings are techeiles and how many “white.” 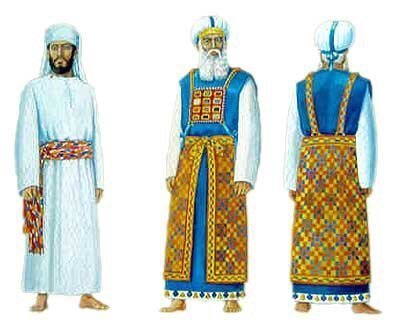 Without getting into too many details, a Ptil has always been known as an cord/string/thread which serves to wrap. In fact, the name Naftali has the root Ptil, and means “to twist” or “wrap.” Therefore the assumption is that one string should suffice for that function in wrapping around Tzitzis. Rashi/Tosafos though point out that Ptil can easily be referenced by the Ptil of the Kohen Gadol in Maseches Yuma (page 72) which describes the Bigdei Kehuna, which contain many strings for that cord. Two strings therefore suffice since once cannot have more Techeiles than Lavan. More info can be found in the below audio lecture by R’ Aryeh Lebowitz.

Ptil Tekhelet did a couple of brilliant reproductions that give us a visual of what it may have looked like. One looks like a cord and one looks like a Chassidishe “gartel.” The cord and gartel below are attempts at the Ptil Tekhelet that the Kohen Gadol’s Tzitz was tied with, as the sources are unclear about how exactly it was made. No wonder there is such machlokes in how many strings! On one hand it contains many strings but on the other hand it’s one cord.

*** UPDATE  2019-02-24 *** There apparently are more than those two opinions. For example, the Ramban stated somewhere that the Psil of the Kohen Gadol had only one thread, albeit a very thick one. When we don’t have archeological evidence of how it actually looked, there’s room for these different opinions. *** END UPDATE ***

Therefore, it appears that all opinions are right. One can either focus on the multiple strings, or one can focus on the “idea” of it in that it served as a single agent of winding. Eilu v’Eilu (both are the words of the Living Gd). 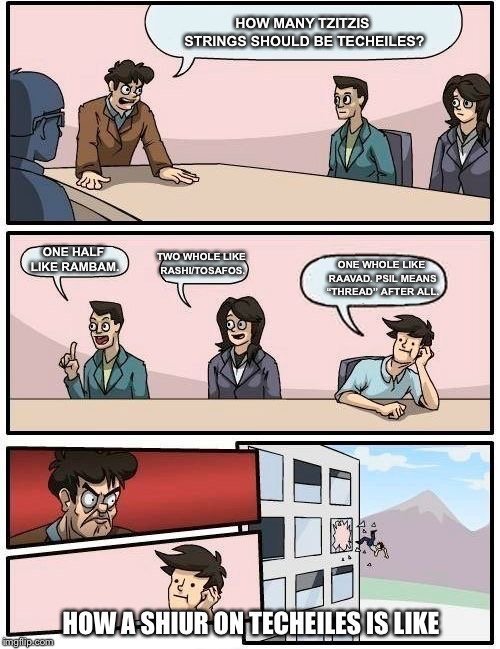 I remember once a mathematician told me that in terms of infinites, there are two types. There is the obvious one where it’s from 0 to infinity, and then there are the infinite decimal spaces between one number and the next. Both are right. That’s how I see this argument in terms of how many strings. One infinite is the focus on the agent of winding aspect (external, one to infinity), and another infinite is the focus on the number of strings aspect (internal, can have many within). Apparently he was referring to “transfinite math” devised by Georg Cantor (also Jewish).

If one decides to wear techeiles in their Tzitzis (or worst-case blue dye from a snail making colored strings – which there’s nothing wrong about), I hope the below images will help one decide which set of strings to go with when ordering. 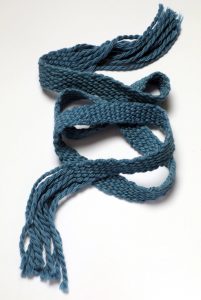 This and below images are used with express permission by Ptil Tekhelet. 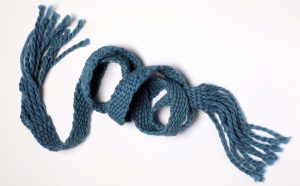 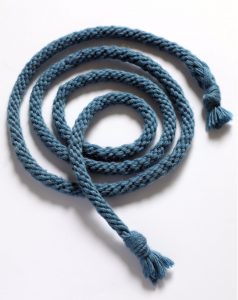 P.S. Someone noted that I’m implying that tzitzis should be all blue, but that’s not the case. The word “tzitzis” which modern Hebrew and Google Translate refer to as “fringe” or “tassel” really means “an object with which to peek.” This is seen in the Tzitz (get it?) of the Kohen Gadol which is in fact a gold plate with the words Kodesh LaShem engraved on it. In fact, Shlomo Hamelech used the words “metzitz min hacharakim” in Shir Hashirim 2:9 which means “peeking through the lattice.” Our mikdash me’at is our fringes which we are also to “peek” at. 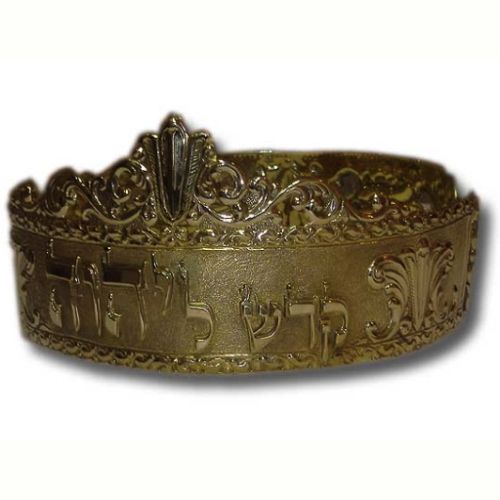 A tzitz reproduction, courtesy of the Temple Institute.