To say the least, the recent earthquake in Japan was nothing short of horrifying and a testament to the power of the One Above. In Accounting when categorizing damages related to nature they are listed as “Acts of God,” as nothing else can describe it.

It was scary. The earthquake destroyed over a hundred kilometers of land in Japan, which considering the country’s size is a lot of land. Then the earthquake led to a major tsunami. 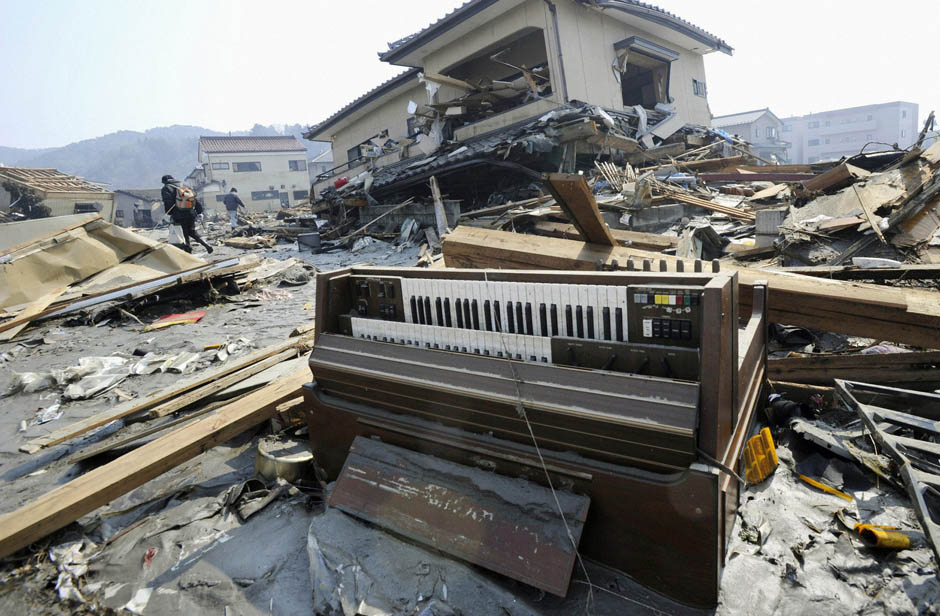 This tsunami evokes memories of the tsunami in India in 2004 and the earthquake in Haiti in 2010. However this one was even worse as not only did it affect at least 100 kilometers of land in Japan and caused the death toll at this point to exceed 10,000 and nearly strike a nuclear power plant, but it also affected everything around the Pacific Ocean up to South America.

Hashem Flushes Avodah Zara Down the Toilet As a Message

We as Jews note that nothing is a coincidence. A look at the area of land the waves of the Tsunami covered spanned from Japan to the entirety of South America! Those areas and in between comprise primarily of idol worshippers. Conversely, not a piece of land from the monotheistic (relatively speaking) countries, the United States, Canada and Mexico, were untouched. What gets even better is that the earthquake created many whirlpools. Indeed, Hashem is a jealous Gd who gets rid of the idolatry from time to time! 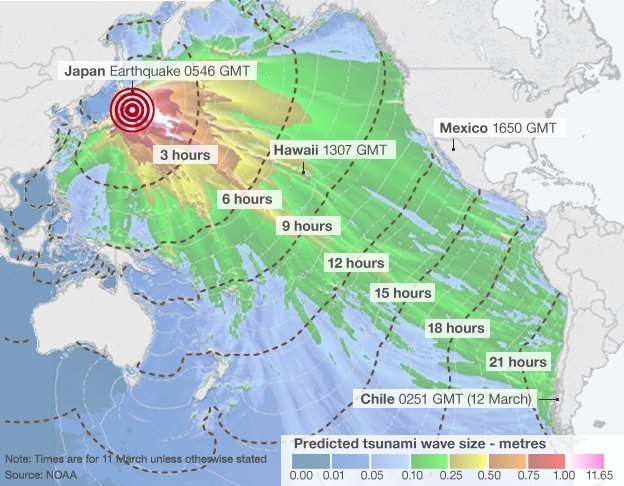 However, we should all take this as a message. When something bad happens in the world, we need to understand that Hashem is telling us to change our ways and do Tshuvah. While many of us Jews don’t worship idols per se, we still “worship idols” to a degree. For example, how many of us worship the almighty dollar? How many of us want that latest Buick, that latest XBOX game, the latest iPhone, etc? How much attention is paid to those objects over Gd Who produced all that? That to a degree can constitute idol worship!

Japan Earthquake of 1923 and the Chofetz Chaim

A recent article on Cross-Currents by Avi Shafran titled “The Earth Trembles” points out the Chofetz Chaim’s reaction in 1923 when news of an earthquake in Japan reached Radin:

“To any early 20th century Polish Jew, Japan could as well have been Neptune.

The distance between the shtetl and the Far East was measurable not merely in physical miles but in cultural and religious distance no less. Yet when, on September 1, 1923, a powerful earthquake hit Japan’s Kanto plain, laying waste to Tokyo, Yokohama and surrounding cities, killing well over 100,000 people, news of the disaster reached even the Polish town of Radin. That was the home of the “Chofetz Chaim,” Rabbi Yisroel Meir Kagan, the sainted Jewish scholar renowned around the world even then for his scholarship, honesty and modest life.

Informed of the mass deaths in Japan, the 85-year-old rabbinic leader was visibly shaken, immediately undertook to fast and insisted that the news should spur all Jews to repentance.

Yes, Jews to repentance. Jewish religious sources maintain that catastrophes, even when they do not directly affect Jews, are nevertheless messages for them, wake-up calls to change for the better. Insurers call such occurrences “Acts of G-d.” For Jews, the phrase is apt, and every such lamentable event demands a personal response.

It is, to be sure, a very particularist idea, placing Jews at the center of humankind. But, while Judaism considers all of humanity to possess seeds of holiness, Judaism does in fact cast Jews as a people chosen – to embrace special laws, to be aware of and serve G-d constantly and, amid much else, to perceive Divine messages in humankind’s trials.

Like the Haitian earthquake now feared to have brought about the deaths of twice the number of human beings who perished in the 1923 Japanese quake.

Our government and, prominently, Israel’s, have responded with an outpouring of aid, as have countless individual citizens, including Jewish ones.

From a truly Jewish perspective, though, there is more that we must do in the wake of a disaster as terrible as the recent one in Haiti. We must introspect, and make changes in our behavior.

The 2004 tsunami in Asia occurred during the same period of the Jewish year’s Torah-reading cycle as the recent Haitian disaster, a period known as “Shovavim Tat,” an acrostic of the initials of the weeks’ Torah portions. It is a time considered particularly ripe for repentance. After that cataclysm, a revered contemporary Jewish sage in Israel, Rabbi Aharon Leib Steinman, pointed out that the revered Gaon of Vilna identified a particularly powerful merit at this time of year in “guarding one’s speech” – avoiding the expression of ill will, slander and the like. That, Rabbi Steinman added, is a merit especially urgent “in these days, when the evil inclination puts all its energies into entrapping people in this sin… [when] it is almost impossible to find someone who hasn’t fallen into the ‘mud’.”

No prophet or wise man, only eyes and ears, are necessary to recognize that the Jewish world today is rife with “evil speech” – speaking and writing ill of others (whether the words are true, false or – so often the case – some toxic mixture of the two), and with the hatred that breeds such sins. Jewish media are filled with accusations and “scoops”; they compete gleefully to find the vilest examples of crimes to report, to do the most attention-grabbing job of reporting them, and to be the first to do so.”

It’s Time to Do Tshuvah

Fellow Jews, do Tshuvah. Purim is coming up. While I personally don’t believe that Yom HaKiPurrim is K’Purim, or like Purim (Purim is Lashon Pur and Kippurim is Lashon Kapparah) the fact that this happened a week and a half to Purim should tell us something. Tshuvah Tefillah and Tzedaka will cause evil decrees to be passed over!