Very rarely does life go our way. Hashem gives all of us tests we can handle, but one sometimes wonders why He thinks we’re so great to take on difficult tests. Are we really that high and mighty?

In any case, steps have been made in repairing a couple of issues in the Orthodox world: gays and Orthodox drop-outs. 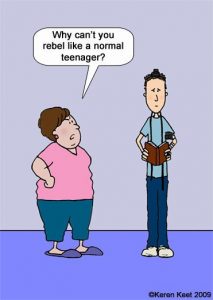 The Baal Teshuvah movement has been around since the 1960’s and has been revolutionary in that it has allowed many formerly-unaffiliated people to bolster the observant community.

However, with every person becoming religious there is someone throwing off the yoke of Observant Judaism. What’s worse is that this is being made hush-hush.

The “good” news today is that, according to Miriam Shaviv, many  with a Yeshiva education that “check out of” the fold don’t leave completely. Many are left with an indelible impression from their days in Yeshiva and see the secular system as valueless. As a result, they will continue to maintain some level of tradition.

While it’s not “perfect,” it still addresses a pressing need among the less observant community. If someone anti-religious won’t listen to a value system from a Rabbi with peyos, a bekeshe/shtreimel/gartel, he at least might listen to someone who “looks” like one of their own.

A while back a video documentary called “Trembling Before G-d” came out (no pun intended). This video documented 6 Shomer Shabbos Jews who unfortunately “swung the other way,” generally as a result of being born into their situation. 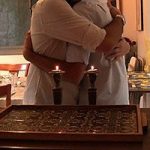 One Orthodox Rabbi is trying the make the best of this situation. Rabbi Areleh Harel from the West Bank devised a plan to help an Orthodox Jewish gay man fulfill his dream of becoming a husband and father while keeping him in good standing with Jewish law and his community of believers. The solution: marry him to a lesbian.

Through a friend, Harel found an Orthodox lesbian who also wanted a traditional family. Within a year, the couple married. They now have two children. No one suspects they are gay. Since that first arrangement, Harel has matched 13 gay-lesbian couples.

What a Kiddush Hashem!

← Shidduch Dating – What on EARTH do the labels mean???
Pictures of the Chofetz Chaim – Which One is Real? →