The following is taken from Haaretz: 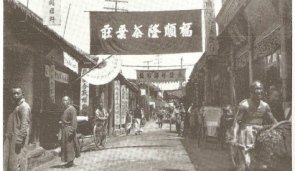 The Keifeng Jews, descendants of Persian merchants who arrived in China in the 11th century, struggle to be recognized as Jews both at home and in Israel.

There are five official religions in China, and 55 official minorities. Jews do not fall under either of these categories, yet a small group of Jews resides in the eastern Chinese city of Kaifeng, descendants of Persian merchants who arrived around the 11th century, the Wall Street Journal reported on Tuesday.

These Jews struggle to receive recognition both at home and abroad. The Chinese government refuses to acknowledge their Jewish heritage, claiming there are no Chinese Jews, and Israeli authorities often require Kaifing Jews to go through a rabbi-certified conversion before they are recognized as Jews.

“They may stem from Jewish ancestry, but they aren’t Jewish,” Rabbi Shimon Freundlich, who runs the orthodox Chabad House in Beijing told the journal, adding “there hasn’t been a Jewish community in Kaifeng in 400 years.”

Despite this, many of the Kaifing Jews have clung to certain traditions, though their significance is unknown.

“In our family, we didn’t eat pork, that’s for sure,” Nina Wang, a 24-year-old Kaifeng native, who now lives in Israel and underwent orthodox Jewish conversion, told the Wall Street Journal. Her family had menorahs and Kiddush cups, she said, “but we didn’t know what to do with those things.”

The Kaifeng Jews must tread with caution due to China’s ban on unauthorized religious activity, and they rarely have a “minyan” (10 men, the number required for a Jewish prayer service) lest the government view it as a political gathering.

They made DVDs of themselves wearing traditional Chinese garb while lighting Shabbat candles, to make it seem as though they are carrying out a folk custom.

Keifing Jews celebrate Passover in restaurants, though some bring in Matzah sent from Hong Kong.

There are few Jewish tourist sites, but some of city notables are looking to boost tourism by rebuilding the Kaifeng synagogue. However, the house of prayer is to be used strictly as a museum so as not to anger the Chinese government.

“You could have tourists stay a night with local Jewish descendants to see what their lives are like,” Su Linzhong, a management professor at Kaifeng University told the journal, adding “they are so emotional about their grandparents.”

The statement of Jews not living in China for 400 years is patently false. A recent look at Prof. Yitzchok Levine’s article on the Jews of China will show that Jews had lived in China well into the 19th-20th centuries!

← Should Rabbis Be Active on Facebook?
Rosh Hashanah Rock Anthem →