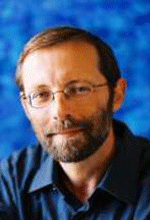 Note to readers: In Hebrew, the word “kippah” is shared by both Little Red Riding Hood (Kippah Adumah) and the Iron Dome missile defense system (Kippat Barzel). Hence the play on words in this column.

“Hey, Little Red Riding Hood, what is that dome on your head?”

“Grandma-tech knitted it for me out of steel wool,” Little Red Riding Hood proudly answered. “Nice, isn’t it?”

“Sure, it’s nice,” answered the wolf, licking his lips. “It fits you very well. But why is it made out of steel wool?”

“What? No more taking bites out of you?” Wolf asked, worried.

“And what will happen to me if I try to bite you anyway?”

“I don’t understand,” said Wolf. “If nothing will happen to me, why shouldn’t I bite you?”

Little Iron Dome was confused a bit by Wolf’s question. “Ummm,” she said, “Grandma-tech promised me that you won’t bite me. Here, come and try to bite me and we’ll see what happens.”

Wolf was mixed up. “Who knows?” he thought to himself. “Maybe this is some new type of strategy? If Little Iron Dome allows me to bite her, maybe something unpleasant is up her sleeve?” But then Wolf remembered all the threats in the past: “If they shoot just one bullet we will let them have it,” etc., etc.

Wolf opened his jaws, got up his courage and took a bite out of Little Iron Dome, preparing himself for some surprise strike. But nothing unpleasant happened – not to him and not to Little Iron Dome.

“That’s it! Now you won’t bite me any more! Now I can feed you with no fear.” Wolf was momentarily perplexed, but then he thought to himself: On the one hand, this is a bad deal. I bite Little Iron Dome and my mouth stays empty. But on the other hand, Little Iron Dome will continue to feed me and now it is really fine to try to bite her. This is great! I won’t go hungry from this deal and anyway, what’s the rush? I will eat what she gives me and ultimately, I will find the way to eat her, too. Wolf called all of his friends, headed by Wolfdinejad, and told them the good news. “From today, we have nothing more to worry about,” Wolf told Wolfdinejad. “The rules have changed. Little Iron Dome will allow us to bite her.”

Little Iron Dome, who in the meantime had danced a victory jig, did not notice what had happened. The news spread quickly and before she knew it, more and more wolves from all over the world emerged from their dens and surrounded her. Because if the new rule was that it is fine to bite Little Iron Dome, what did they have to lose? Either they would succeed, or Little Iron Dome would volunteer to feed them.

In almost no time, it turned out that Little Iron Dome was not capable of dealing with so many wolves. Every so often, one of them would actually manage to bite her. Little Iron Dome tried to go back to the old rules, but it was too late. The UN voted to condemn her threats and even the U.S. president, who was just reelected for a second term in office, refused to veto the resolution.

Luckily for Little Iron Dome, Grandma-tech knitted her a new, improved dome at the last minute. The cafés in Tel Aviv reopened – this time underground – and a school in Haifa resumed studies inside the Carmel Tunnels. And the new, improved Little Iron Dome danced a victory jig once again.

This article was copied from the Jewish Press.

← Gebrokts!
Is The Talmud Anti-Christian? →