For me, Israel is personal.

I was born as the War of Independence raged, just weeks after the State’s own miraculous birth. As I lay in the hospital room with my mother, the windows shattered with the relentless attacks of those who sought, once again, to destroy us – this time not on their blood-stained soil but on our own sacred land. Once again, by G-d’s hand, we prevailed. The few against the many. The weak against the so-called strong.

My parents arrived in Palestine on the very last boat to sail from Romania. They were broken, demeaned and degraded but they were determined to find renewal in the holy land. For my family, galut (exile) and geulah (redemption) are not chapters in a history book. They are real life experiences.

For me and my family, Yom Hashoah (Holocaust Remembrance Day) and Yom Ha’atzmaut (Israel’s Independence Day) were not mere dates on the calendar but days filled with piercing memories that called for reflection, remembrance, and, ultimately, celebration.

For many years, my family was not alone in fervently claiming these dates, these searing modern commemorations, as our own. Growing up in Forest Hills, NY, I remember the crowds of Jews, all Jews – of every age and background; survivors and their children, Jews three generation Americans; all the wonderful Jewish community – that came together in synagogues and sanctuaries to remember, to pray, and to promise.

I remember the power those long ago days held for those of us who gathered to commemorate and to celebrate them. But now? Many progressive Jewish communities continue to celebrate Israel, but in the majority of today’s major Orthodox communities, it’s rare to find a recognition, let alone an active celebration, of these most sacred days.

How do we explain this Orthodox response, or lack of it, to the State of Israel? Can any of us deny the miracle Israel represents? For the first time in two thousand years the ingathering of exiles is realized, Jewish people have returned home to the land promised by G-d, Israel. The city of Jerusalem is rebuilt.

The desert once again blooms.

All of this on the heels of the greatest churban (destruction) in Jewish history, the Holocaust. Miracle of miracles! The gates of Auschwitz closed and the gates of Haifa opened! If ever there was a confirmation of the Divine Covenant, of the eternal relationship between a people, a Torah, G-d, and a land . . . if ever there was a fulfillment of prophecies that in spite of a bitter galut and the terror of persecution there would be ultimate geulahand return to the land and its G-d… . if ever there was a period of Messianic possibility and challenge – it is now.

More Jews are engaged in serious, regular, and creative Torah learning in Israel than at any time in the last five centuries. “From Zion the Torah will come forth and the word of G-d from Jerusalem!” And so it does. The world’s Torah is nourished from its source in Jerusalem. A distinguished Chassidic leader recently told me that most Jews are not aware that “the government of the State of Israel is the world’s most generous donor in support of Torah study.”

The silence of the Soviet Jews ended. The influence of Jews in America and Europe is palpable. Chaim Herzog stood before the United Nations tore up the “Zionism is racism” resolution.

All this, and more, only because Israel exists. 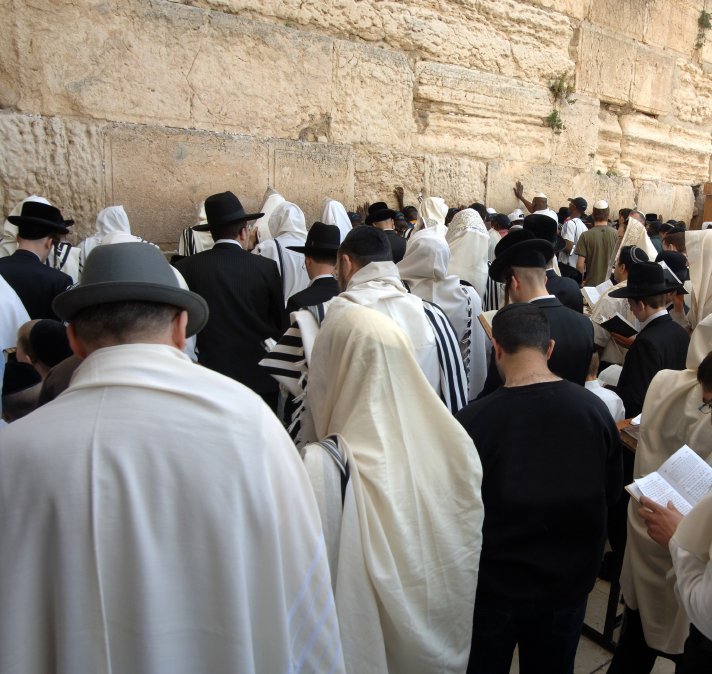 Yet the majority of Orthodox Jews in America act as though nothing of note happened on May 14, 1948. They refuse to acknowledge G-d’s outstretched arm or recognize our generation’s restored glory. What arrogance causes them to summarily reject the opportunity to celebrate and rejoice on new Yamim Tovim? How do they show such disregard for those who love, support and sacrifice for Israel? What thinking is behind the rejection of the Hebrew language and the distancing of all that speaks of Tziyonim (Zionists)?

There are Orthodox schools of thought and practice that educate their children – toddlers even! – to think and live as kanaaim (zealots).

The fact that modern Israel may not as yet be the fulfillment of all Messianic dreams and aspirations does not, cannot and must not mean its rejection, denial, or disdain.

In light of this, what, then, do we expect from the all Jews?

Rabbi Yaakov Rabinowitz responded poignantly in the first issue of Ten Da ‘at that our expectation is first to k’lal Yisrael, “We can expect a feeling of love for all Jews, whatever their background, whatever their status. There will be those whom we will applaud, those whom we will oppose, those who will give us pain, even make us cry. But we will try never to forget that we are one and that the inner door should never be closed. And we will keep an outer door, to the outside world, open as well. To be sure, it will have a screen. Not everything is needed or wanted. But it is, after all, G-d’s world and we live in it, not despite it.

And, finally-Israel. That state which is focal to our people. It is not an afterthought. It is not something to be tolerated for the sake of unity or because it is home and protector to so many of our brothers and sisters. It is a step, small or large is irrelevant, toward redemption. Its triumphs and celebrations are our triumphs and celebrations. There may be differences in the manner of celebration, but we affirm, with strength and conviction and without apology, that it is our simcha and that we want to, and need to, be a part of it. We are proud of its symbols, be they flag or anthem, for they have become sanctified.…”

My grandfather, the Romanian Gaon, Rav Bezalel Ze’ev Shafran was asked, “Why is it that in the Nusach S’fard Keter Kedushah we ask, V’hu yigaleinu sh’einit?” Why do we ask that God redeem us for the second time? The second redemption has already occurred! Are we not eagerly anticipating the third and ultimate redemption?”

Citing the verses in Isaiah 11, “And it shall come to pass on that day, that the Lord will set His hand again the second time to recover the remnant of His people…And will assemble the dispersed of Israel, and gather together the scattered of Judah from the four corners of the earth.…” Rashi comments that it will be the “second time” just as He redeemed them from Egypt, where the redemption was crystal clear and obvious (be’rura) with no vestige of bondage remaining. The redemption leading to the rebuilding of the Second Temple was incomplete, as the people Israel remained under Cyrus’ rule.

He notes the Ramban at the end of Ha’azinu, describing the mockery of the world’s nations during the time of the Second Temple, when the best among them worked in heichal ha’melech bavel.

Most striking, my grandfather cites the Talmud in Yoma (21:b) discussing the five major elements that were lacking from the second Temple: the Ark, Ark cover and Cherubim, the fire from Heaven, the Shechinah, Divine Providence, the Holy Spirit and the Urim VeTumim (the high priest’s breastplate). Commentaries elaborate and explain that these were merely the major elements missing from Bayit Sheni, the Second Temple. In reality, more was missing.

So we pray that we be worthy of the second geulah, one as absolute and complete as the first geulah, geulat Mitzrayim (Egypt). We pray in the nusach S’fard, “U’maer l’gealenu geula sh’leimah”; we pray that He speedily redeem us with a complete and whole geulah. Not a geulah as existed during the time of the Second Temple but an absolute geulah where nothing that is required for completeness is missing.

As I understand my grandfather’s insightful response, the ultimate geulah is yet to come; a geulah synonymous with geulat Mitzrayim, complete, with no doubt or hesitation as to its authenticity. In the meantime, G-d provides various categories of geulah – as during the time of Bayit Sheni when the Ark and even the Shechinah itself was absent. Yes, lacking. Yes, incomplete. Yes, not perfect. But, nevertheless, geulah, geulah with all that was the splendor of Bayit Sheni.

In our own lifetimes, God has also provided geulah; incomplete though it may be. It is true that it lacks even more components than geulat Bayit Sheni but it is undoubtedly geulah, geulah after endless galut, endless wanderings and suffering that culminated in the most terrible churban of all times, the Shoah.

Yes, we need to continue praying that He redeem us a second time. In the meanwhile, let us never close our eyes to the geulah we live or to the miracles G-d brings to our own lives. Let us never fail to embrace the geulah which is Israel. Let us celebrate it even as we commemorate the tragedy upon which it rose.