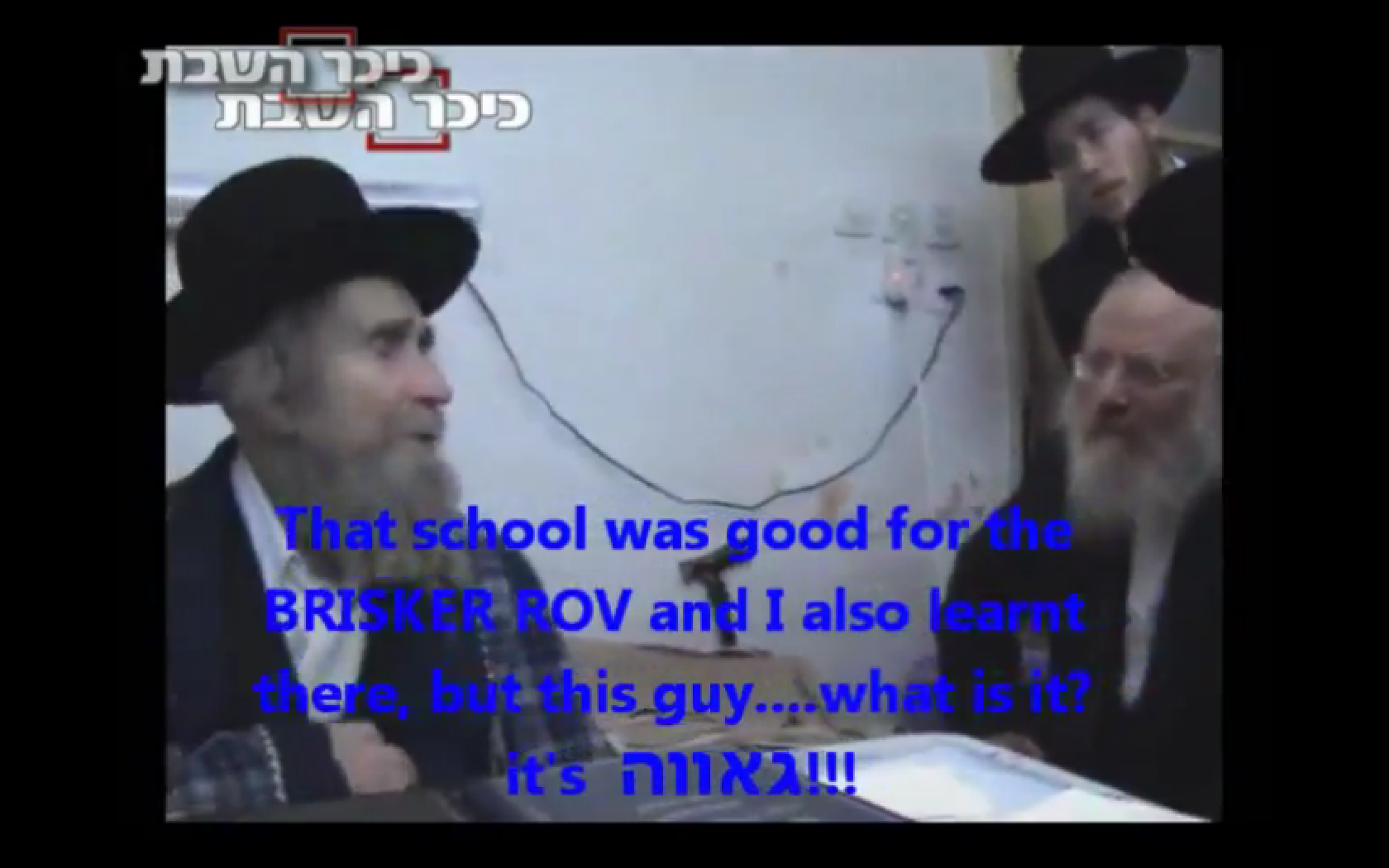 A Rosh Yeshiva in Bnei Brak sought council by Rabbi Aharon Leib Shteinman regarding a parent who wanted to enroll two children from a second marriage into his school. The Rosh Yeshiva did not want to accept them since they weren’t the model student the school seeks to accept. Rabbi Shteinman sharply criticized the school – calling it Gaavah not to accept every student.

Under the video it says

“every frum Jew, especially from places like Lakewood NJ, or Israel, must watch this!!!!! this is about a big [Chinuch] issue that is in a lot of schools.. and needs to be taken care of!!! who ever needs to watch this is probably aware of this.”

Rav Shteinman’s retort was to the effect that:

This video IMHO was just what the doctor ordered. We can all take a page from here into Chinuch and into our lives. “He’ll be a bad influence,” “He’ll be too slow,” “His parents don’t fit in” are all excuses at the end of the day.

Suddenly, I love and respect Rav Aharon Leib Shteinman that much more. I have been watching this video and replaying it a few times. It’s a real shame that people of Rav Shteinman’s caliber are slowly fading away and childish Baalei Gaavah like the two other Rabbanim in the video are taking his place. May Rav Shteinman live to 120 years and beyond. We sorely need him.