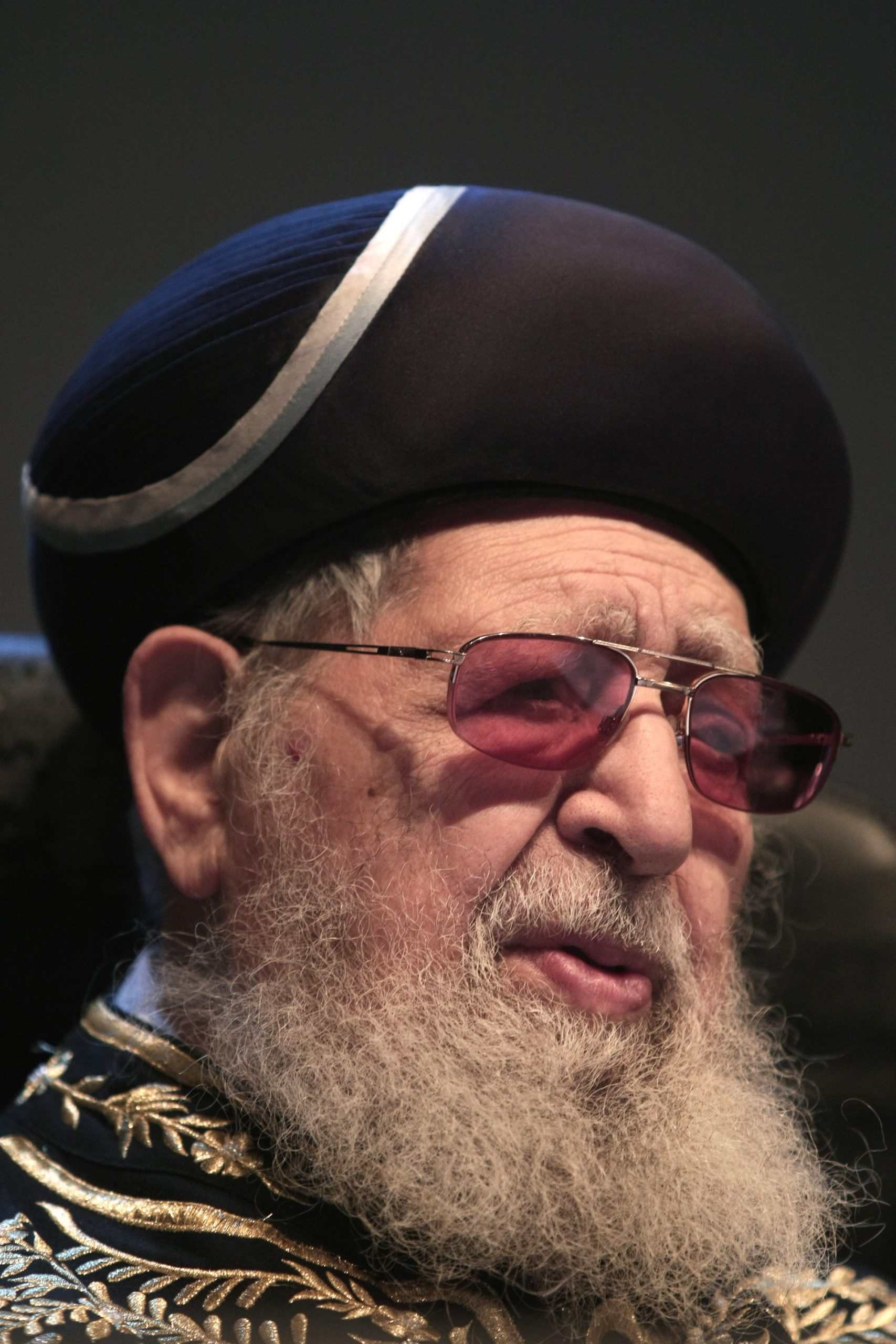 Jerusalem – In an impassioned plea to teachers and mechanchim everywhere, HaRav Ovadia Yosef cautioned schools that it is completely unacceptable to expel children from yeshivos, even if they exhibit negative behavior.

In a video that was originally posted by Israeli news source Kikar Shabat, R’ Yosef extolled the virtue of patience, stressing its importance for those in the field of chinuch.

“I ask the principals in all of our schools to pay extra attention to their students,” said R’ Yosef.  “Even if there is a student who behaves inappropriately, it is still forbidden to throw him out of school and instead we must exercise extreme patience.  Toiling in the field of chinuch is indeed work and we have to be patient with each and every student.  If we are patient with this student, one day he can grow up to be a talmid chochom.  And if we send him away from the yeshiva where will he go?  To a secular school and then what will become of him?”

R’ Yosef recounted an incident that occurred when he was in Yeshiva Porat Yosef and was called on to substitute for a teacher who had taken ill.  The principal cautioned him that one student, a boy of fifteen, was known as a perpetual troublemaker and R’ Yosef described how he took the student aside and told him that one day he would become a great talmid chochom.

“I took him next to me,” remembered Rabbi Yosef, “and every few minutes I would ask him what he thought as we learned the gemara.  He was too embarrassed to make any trouble and he grew up to be a rosh yeshiva in Tel Aviv.  Why?  Because I knew how to speak to him.”

Calling the act of expelling a child a life or death situation, R’ Yosef cautioned listeners that in the days of the Sanhedrin, it took a group of twenty three sages to decide on matters that were classified as “dinei nefashos” and warned mechanchim that as individuals, they lacked the authority to make decisions that have such far reaching ramifications.

“Don’t throw them out!” exhorted R’ Yosef.  “What, are you throwing away a rock?  These are neshamos!  If you throw a child away, do you know what will be?  Are you ready to take responsibility for what might happen?  We must love these children who will one day become our gedolim.  We need to bring them closer with sweet words so that we can bring them closer to the Torah.”

R’ Ovadya Yosef urged listeners to treat each child with the same measure of patience they would use for their own children, explaining that if we shower each child with love we will, in turn, receive their love as well.

This is huge considering how this follows R’ Aharon Leib Shteinman’s rebuke to two school administrators on accepting 2 boys who were “not their type.” Perhaps now Moshiach will come?

A sincere yhanks to VINNews for this leak.