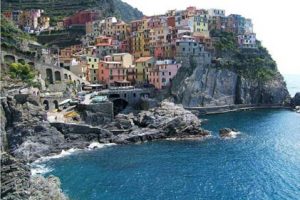 The excavation of archeological layers has shown that in Roman times there were Jewish communities in Syracuse, Catania, Noto, among other places. At the end of the 6th century there is mention of Jews in Messina, Palermo, and Girgenti. By the 11th and 12th centuries, the Jewish communities, growing in number and importance, undertook commercial connections with North Africa and the Orient.

Not without reason was Sicily called the classical land of Jewish enterprise. The Jewish silk-weavers were renowned. Their teachers were Jewish silk-weavers from the Greek city of Thebes who were taken captive by Roger II in 1147 and brought to Palermo, where they were made busy in the royal silk factory. As a consequence of the transplantation of the Jews, the entire silk industry of Sicily did great business.

The metalworking shops also were mostly in Jewish hands. As a sign of how essential were the Jewish iron and copper smithies, can be seen from the management of the Decree of Expulsion of 1492. The state secretary applied for a stay of execution of the expulsion measures in order to prevent a sudden rise in prices, fearing a lack of Christian replacements. In the memorandum the Crown officially disseminated, it was stipulated that the Jews manufactured horseshoes, plows, and metal parts for sailing and galley ships alike, and there should be no further expulsions without cause.

There must have been many Jewish carpenters, because there was an entire guild of Jewish carpenters in Palermo. Jews conducted agriculture and trade in wheat, wine, cheese, and cattle. At the end of the 15th century, Obadja Bertinoro mentioned Jewish shippers and barge operators in Sicily.

Sicily was a center of Jewish learning. In the 13th century, Faradsch of Agrigento translated certain medical writings under royal commission. Aaron Abulrabi of Catania, a pupil of the Talmud school of Brindisi, wrote grammatical works and commentaries.

Achitub ben Isaak of Palermo, himself a doctor from a family of doctors, translated Maimonides from Arabic into Hebrew. The reputation of “the Wise Ones of Messina” was widespread.

At the end of the 13th century there were more than 50 Jewish communities, which were led by a central organization. In a publication from the middle of the 18th century the Jewish population of Sicily was estimated at 100,000. This number was set decidedly too high, but Palermo, Messina, and Syracuse always possessed populations of 3,000 members.

The Decree of Expulsion of 1492 presented serious worries to the various city authorities and companies. The City Council of Palermo believed the economy could not withstand the withdrawal of a million Gulden, which the Jews would otherwise contribute to cover their living expenses. Taxation of the Jewish residents was likewise a tangible asset. Nevertheless, the edict, dictated by the ecclesiastical authorities, prevailed over economic considerations, and Jews had to leave. They scattered s to the Balkans, the islands of the eastern Mediterranean, Egypt, and Asia Minor.

In the 19th century there was a noted immigration back to Sicily. The census of 1911 showed more than 1,000 Jewish inhabitants. [Translator’s Note: There may have been many more, unrecognized as Jews.] 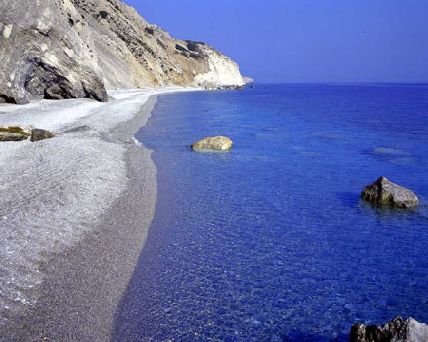 This island on the east coast of central Greece is also known in Italian as Negroponte [“Black Bridge”]. In Hebrew letters the Jews named this island “Egrypon,” after the old name of the capital of Chalkis. Jews were already living on Euboia as early as the first century of the Common Era. One encounters Jews in the 12th century in Chalkis, Carysdos, and Oreos. On order of the Senate of Venice, the Jews had to build a fort in 1304 at their own expense.

The Spanish-Jewish Diaspora of 1492 also affected this island. Jews from Euboia went farther, to Constantinople, and established there a society for the Jews from Euboia.

Many Jews died during the Greek War of Independence in 1821 and a fraction rescued itself by fleeing to Smyrna [on the Asia Minor mainland]. After friendly relations with the Greek population were established, the decimated community could be built up again. In 1930, about 200 Jews lived on Euboia.

This island had a Jewish population in Hellenistic times. Benjamin of Tudela reported finding about 300 co-religionists on Samos in 1170, and also stated the names of the leading men of this community. The Greek Revolt of 1821 meant the end of Jewish settlement, which had gone back a long way.

The Jews settled on this island rather late, during the Anjou [French] Dynasty.  When Zante came under Venetian control, the Senate of Venice made every effort to restore the population, which had been decimated by Turkish invasions, and the resulting privileges attracted Jews from Corfu, Patras, and Lepanto. They spoke Greek but had Latin-sounding names. At the end of the 17th century, Jews emigrating from Crete came and built a synagogue.

One of the émigrés from Crete the 18th century who stood out was Abraham ben Sabbatai ha-Kohen, who was a doctor, philosophical author, and poet. At the end of the 19th century the Jews of Zante mostly departed, some of them to Corfu, and the census of 1920 showed about 175 Jews on the island.

← Litvaks and Galitzyaners
Q & A: A SIMCHA DURING SEFIRA →