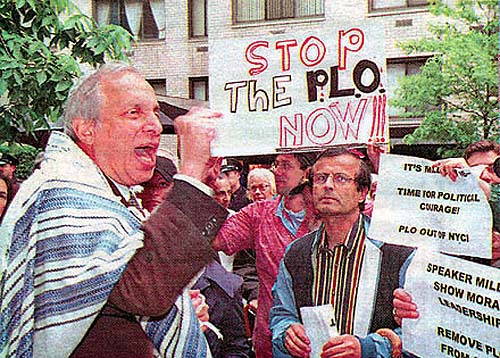 He calls himself a “Lefty”. Rabbi Asher Lopatin is most definitely on the left side of the Orthodox spectrum.

I have at times been critical of some of the things the left has done and their Hashkafos. One of those criticisms involved the establishment of Yeshivat Chovevei Torah – a Yeshiva where some of its goals counter my own Centrist Hashkafos. Most of which are based on the Hashkafos of my Rebbe, Rav Ahron Soloveichik and his illustrious brother, the Rav.

My criticisms do not include violations of Halacha. Which they follow. But they do include criticisms in their approach to various issues of the day. YCT founder Rabbi Avi Weiss candidly admitted that he has parted ways with his Rebbe on the approach to these issues. And he has incorporated it into the philosophy of his Yeshiva. For example there is is this item which is part of YCT’s mission statement:

(YCT promotes) actively pursuing the positive and respectful interaction of all Jewish movements.

This was expressly forbidden by the Rav as it would have the appearance of granting legitimacy to them. Interaction was only permitted as it affected the entirety of the Jewish people. There is also their emphasis on incorporating as much of the feminist agenda as possible into Orthodoxy. Then there is the issue of hiring Reform and Conservative rabbis as part of their faculty to teach “practical rabbinics”. All of this has caused the RCA to not automatically accept YCT ordained rabbis for membership. It has also caused many on the right to consider YCT to be outside the bounds of Orthodoxy.

The most damning statement came from Agudah after YCT head, Rabbi Weiss conferred the first “rabbinic” ordination upon a woman, calling her Rabba. Although he did this outside of the confines of his Yeshiva, one cannot separate what he does from what his Yeshiva stands for.

Making matters worse for YCT is that many of its graduates have taken taken YCT’s mission statements to extremes that have even crossed Halachic lines. I recall an inter-faith prayer service in one case. In an another a YCT Graduate joined a Reform “Kollel”. And in still another case there is what has to be the grand-daddy of all ‘line crossings’. From a 2008 article in Chosen Magazine:

[The girl] was immersed in the mikvah at [Reform] Congregation Beth Israel in a traditional conversion ceremony. A beit din of three rabbis, Robin Damsky of Congregation Or Chadash of the Northeast Valley, where the [family] are members; Mark Bisman, of Har Zion Congregation and Darren Kleinberg of KiDMa-The Southwest Community, officiated.

Although Rabbi Kleinberg was actaully criticized by YCT for doing this – agreeing that he crossed a line, it nevertheless is indicative of where the slippery slope of inter-denominational participation can lead.

That said there is a positive side to YCT. First I must give them credit for placing a high value on teaching professionalism in the rabbinate. Secondly – and perhaps more importantly – they serve a community of Jews who would be left without any Orthodox leadership. These are sincere people whose influences are incompatible with the Hashkafos of even right wing Modern Orthodoxy. While they are willing to give Orthodoxy a chance, the draw of a zeitgeist sensitive religious movement like Conservative Judaism can easily sway them away from what they see as an all too rigid approach to Judaism.

Without the left and its flagship Yeshiva, many of these sincere Jews would gravitate to those movements.

Some might argue, “Let them go!” It is better not to water down Orthodoxy. To that I answer, nonesense! I am not willing to concede a single Jew to heterodox movements where Halacha is considered optional (Reform); or where in many cases it is grossly misinterpreted and in any case not followed by the vast majority of its members (Conservative).

So as problematic as YCT is for me, as long as they follow Halacha – there is a place for them in Orthodoxy.

WHICH BRINGS me back to a Rabbi Lopatin. He is a Talmid of Rav Ahron Soloveichik. He received Semicha right here in Chicago’s Yeshivas Brisk, from Rav Ahron (as well as from YU). He is also a brilliant scholar who does not deviate from Halacha one iota.

He claims Rav Ahron as his Rebbe and rightfully so. As a rabbi of Anshei Shalom Bnai Israel, a very left wing Modern Orthodox Shul in Chicago’s Lakeview neighborhood he has many “interesting” and difficult Shailos come his way. Some of them dealing with serious issues like abortion. (Yes, MO Jews do ask Shailos.) When Rav Ahron was alive he used to consult Rav Ahron about all of them and followed his Psak meticulously.

He is beloved in his Shul. He is a charismatic fellow and attracts many non observant Jews to his Shul, including Mayor Rahm Emanuel. How wonderful it is for non observant Jews to have an Orthodox rabbi as their leader – someone they look up to! So charismatic is he that one of my good friends (and fellow Daf Yomi Shiur participant) who lives miles away from Rabbi Lopatin’s Shul often walks there on a Shabbos just so he can experience him and his Shul.

A couple of week’s ago Rabbi Lopatin announced that he was retiring from his Shul. And today I read the following news item in today’s Forward:

Rabbi Asher Lopatin of Chicago is set to succeed Rabbi Avi Weiss next year at the helm of Yeshivat Chovevei Torah, the liberal Orthodox rabbinical school founded by Weiss.

I wish to offer my sincerest congratulations to Rabbi Lopatin. My belief is that Rabbi Lopatin will continue to follow the ways of our Rebbe, Rav Ahron Soloveichik. Although his Hashkafos are decidedly left wing by his own admission, I know that he can guide this institution on a path that will keep it from sliding too far to the left and cross the line of Orthodoxy. Because if YCT crosses that line, it will be tragic.