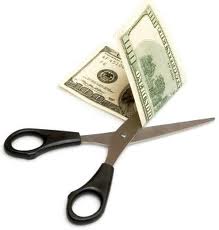 The answer can be illustrated with the story about a farmer who walked into the post office one day with a heavy package. The postal clerk weighed it and tole him it was too heavy.

“You’ve got to put on more stamps.”

He did not understand hat is was the stamps that were going to carry it.

It’s the same with tzedakah. If a person sees that his money is tight, he should give tzedakah! Giving tzedakah will merit him to make more money.

It was at that moment that the collector came to him as usual and asked for money.

“Okay, I’m sorry,” the collector replied. “Whatever you want to give me is fine.”

The man wrote a check and handed it to the collector, who did not want to embarrass him, so he folded the check without looking [at] it and exited the front door. Once outside, he looked at the check – and it was double the amount the man usually gave!

He immediately went back and said, “Excuse me, but maybe you don’t remember what you gave last year. You doubled the amount this year!”

“Of course I remember,” he replied. “I can’t give what I gave last year – I’ve got to give more! I need more merit! That’s why I have to give more now!”

← Landers “Shabbos Kodesh Niggun”: The story behind it
Kol Nidrei Tune: Where did it come from? →