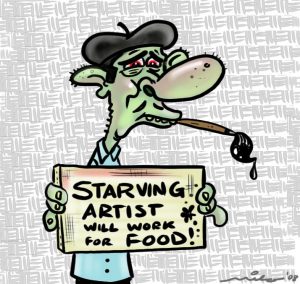 The Gemara (Niddah 70b) tells us: “What should a person do to become wealthy? Be honest in business.”

The Gemara then adds, “Many people tried this, but it did not help.” What then should a person do? Be honest and pray to Hashem for your livelihood.”

Prayer will help people get the money, but honesty in business is the way people merit to keep their money. Everyone knows the famous teaching (Shabbos 31a) that the first question a person will be asked after he passes from this world is: Nasasa VeNasata BeEmunah? Were you honest in business? That is the first question.

If a person is not honest in business, not only does he lose his money, but he corrupts his children.

Many years ago, I was a counselor in camp. One day a fellow co-counselor and I shared a day off and decided to visit our friends in other camps. Before doing so, he wanted to call his mother to tell her that he was not able to visit her.

Now this was 35 years ago, long before cell phones. It cost money to make a long-distance call, and my friend did not want to pay it, so he decided to try a trick that was all too common. He would make a collect call and convey a message to his mother through the unsuspecting operator in a way that told his mother not to accept it.

“Operator,” he said, “I’d like to make a person-to-person call to Mrs. Ich Kum Nisht” (Yiddish for “I’m not coming”).

The operator waited for a second, and then said to him, “Far vos kumstu nisht?” (“Why aren’t you coming?”). This was an operator in Liberty, New York!

You think you can get away with things, but you can’t.

Rabbi Yehuda Winder, a noted talmid chacham and first-grade rebbi, told me an amazing story. A child in his class had a loose tooth. “Don’t touch it,” Rabbi Winder urged. “You’ll only make it bleed.”

Of course, this only made the child touch it more. Sure enough, it fell out and his mouth was bleeding.

“Go wash your mouth out and then come back to class.”

At lunchtime Rabbi Winder saw another child walking around with the child’s tooth. “What are you doing with his tooth?!” he asked.

Listen to what the first-grader said: “My father gives us a dollar for every tooth that comes out. His father only gives him 50 cents. So we made a deal. I’ll go home and show my father his tooth, get the dollar, and split it with him!”

Of course, he didn’t consider that his father just might be smart enough and ask him to open his mouth to see where the tooth came fron.

I cannot tell you how many times I heard Rav Pam quote the well-known saying of the Maharsha (Kiddushin 82b): “There are those who make their money with chillul Hashem through dealing dishonestly with non-Jews. This is nothing but a ‘mitzvah that comes about through an aveirah’ and the money is not going to last.”

Have we really been honest in business?

Rav Shimon Schwab once told a group of accountants: “The New York Times is wrong when they write ‘the Orthodox fellow was caught cheating.’ He’s not Orthodox! What makes him Orthodox? Those who resort to cheating, trickery, dishonesty, and fraud may have the outward appearance of being God-fearing Jews. However, in fact, they’re irreligious!”

It is not the outside that makes one religious. If he’s not honest, he’s hot religious – and he’s going to lose his money!

← The Rabbi and Golf
Out of Educated Nations, Israel Only Ranks 2nd in World (and Not First) →