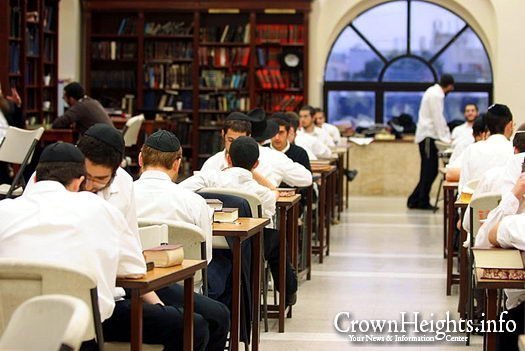 We are all aware that the basic Jewish curriculum has been set for us by tradition and appears in Avot. Mikra (which includes Chumash, Nach, Hebrew language and linguistic skills), Mishnah, Talmud, and works of halachah are the basic components of the Judaic studies curriculum in our day schools and yeshivot. However, for various reasons the implementation of this basic and vitally necessary curriculum has had varying results.

It is no secret that many of our day school and yeshivah graduates are not very literate in Hebrew language, know little Nach, are unexcited by the study of Mishnah and Talmud and are therefore in jeopardy of becoming children at risk. Though the problem is widespread and well known to all in the educational field and certainly to the parents of these children, it is not widely discussed in terms of curriculum emphasis and adaptation. I am not an iconoclast nor am I here to criticize certain educational practices in the Jewish religious society. But there are significant points and issues that are worthy of consideration and serious thought that I feel should be brought to public attention. I have been troubled by these issues for decades, and I feel that somehow these problems are intensifying as time passes.

Part of the difficulty in Jewish education today is that formal schooling practices are rarely inspirational. There is always a tug of war in a classroom as to whether the transmission of knowledge–facts, pages covered, subjects and units covered, et cetera–takes precedence over inspirational lessons and the building up of the identity and self-worth of the student. Schools by nature tear down self-confidence in students. Tests and grades are competitive by definition–there can only be one valedictorian, and even the best students experience disappointment due to the very nature of the system.

Under the current classroom difficulties– overcrowding, minimal physical facilities, very demanding parents, an outside culture that is deeply inimical to traditional Jewish values–the classroom teacher is faced with a herculean task of imparting knowledge and somehow inspiring the student to appreciate that knowledge and to desire more of the same.

I recently read a Hebrew book of memoirs of leading Leftist and secular Jews of the nineteenth and twentieth centuries, all of whom were raised in religious homes and attended religious schools. Without exception, they all attributed their disenchantment with and departure from traditional Judaism to painful educational and personal experiences that they suffered in those schools. They rejected God and Torah not out of philosophical contemplation but rather because of sadistic teachers, curriculums taught by rote and the overemphasis on imparting Torah knowledge and not Torah values, history and perspectives.

Teaching mikra properly is the foundation of Jewish education. The rabbis taught us that ein mikra yotzei midei peshuto–the simple, literal meaning of the words is the ultimate truth of what the verse teaches us. Even after exploring remez, derash and sod–the other levels of understanding the verse–peshat, the simple meaning of the verse, still remains valid. The tendency today is not to teach Torah in this fashion. Midrash is taught literally and oftentimes is substituted completely for the peshat of the verse. There are places in the Torah where the derash is the peshat, but that certainly is not a general rule, and Torah should not be taught–especially to young children–in that fashion.

Generally, in our current religious society, legends, fantasies and inaccurate nostalgia are taught as facts. Fanciful stories that appear in current Orthodox newspapers and periodicals are believed as being factually true by children who are completely unaware of the simple meaning of the verses of the Torah that they have allegedly covered in school. To say that this may create a distorted view of Torah and Judaism is an understatement.

The study of Tanach is almost an oxymoron statement regarding our schools. During my years as the head of a high school yeshivah and beit midrash program, I discovered that most students who graduated from excellent elementary and high schools could not even name the twenty-four holy books of the Jewish canon. Students revealed amazing ignorance about the Hebrew language and all of the grammar/dikduk statements of Rashi and the other Biblical commentators were never covered in the classroom. There was no love or feeling for the beauty and nuance of the Holy Tongue, and thus there was little appreciation in the study of Talmud of the methodology used by Chazal to derive the Oral Law from the written word.

A student who has never studied Sefer Yechezkel, Sefer Iyov or Tehillim is unprepared for the omnipresent problems of Jewish national– or of his own personal–life. He is also cheated out of the beauty of the poetry and the sublime values that lie in the weekly haftarot and will therefore often find that portion of the Shabbat services irrelevant to his life. Many times, the so-called People of the Book have little or no idea what book they are talking about. I attended a yeshivah where my rebbe taught us Tanach every day with the same fervor and detail that he exhibited in teaching Talmud. We covered all of Neviim Acharonim and the Five Megillot in our high school years. In my beit midrash years we covered Iyov, Mishlei, Tehilim and Ezra and Daniel. My grandchildren may feel themselves to be greater Talmudic scholars than I am; nevertheless, they have never received such an education.

A student who has never studied Sefer Yechezkel, Sefer Iyov or Tehilim is unprepared for the omnipresent problems of Jewish national, or of his own personal, life.

Mishnah is certainly the forerunner to proper study of Talmud. Plunging into the sea of the Talmud without learning to first swim properly in the pool of the Mishnah is oftentimes selfdefeating. It is interesting to note that the rabbis cited in Avot were of the opinion that five years’ worth of Mishnah study should precede the study of Talmud. Someone who is truly competent in Mishnah will almost invariably do well in the study of Talmud as well. A child or adult who knows Mishnah well is already a scholar in Jewish terms. It can also be inspirational to the student, even though the subject matter at first glance appears dry and pedantic.

I met a woman thirty years ago in Israel who recited to me from memory a mishnah in Bava Kama that she learned in afternoon Hebrew school in the early 1940s (my father-in-law, newly arrived from Europe and not yet established in a proper rabbinic position, was her teacher). She said that this mishnah somehow inspired her to have a Jewish home and eventually move to Israel where all of her descendants are observant Jews. When I related this story to my father-in-law, who was then the head of the Orthodox rabbinate in Detroit and no longer teaching in afternoon Hebrew schools, he told me: “I put as much effort and prayer into teaching those children a mishnah as I do now in attempting to resolve a difficult halachic or communal issue.” Again, education is imparting knowledge but it is also, as importantly, the transmission of tradition, values and Jewish inspiration.

The Judaic studies program in our boys’ schools is very heavily Talmud oriented from fifth and sixth grade onwards. The Talmud is a difficult subject to study. The differing fonts on the page, the complicated logic, the back and forth discussions, the questions and answers, the Aramaic language which has to be mastered, the correct use of Rashi’s commentary, the difficulty of the dialectical reasoning of Tosafot, and the lack of true punctuation of the text all combine to make this subject a great challenge for the average ten- or eleven-year-old boy.

Rabbi Yaakov Kamenetsky, the sage of American Jewish life in the past generation, told me that it is wrong to impose an elitist education on the masses. But that is exactly what we are doing. The danger that all of us are aware of–it is the unspoken elephant in the room–is that a child who dislikes the study of Talmud at the age of ten is more than likely to dislike it even more at seventeen, and this leads often to tragic results, both personally and religiously. There are many causes for the current curriculum situation–the destruction of the Jewish infrastructure of Europe in the last century, the terribly hostile general environment to Jewish values and behavior in today’s hedonistic and liberal society, the affluence of Jews and the attendant erosion of spirituality that this has entailed and a teaching staff whose expertise lies in Talmud over all else. Nevertheless, the realities of today’s curriculum in Jewish schools should not be ignored. We should not be afraid of reform, change and practical improvements. We can prevent many cases of children at risk before they become children at risk.

A further element concerning curriculum in Jewish schools should be an accurate and inspirational presentation of Jewish history. A generation that has little knowledge of our past is always blindsided by current events. A student of Jewish history, even a cursory one, will realize that the problems that we face today are not new ones. The names, countries, issues and details that surround these problems certainly change from generation to generation, but the root problems–anti-Semitism, divisions and violence within Jewish society, a broad spectrum of religious observances, the survival and maintenance of individual and national identity as a small minority, acculturalization and assimilation, political and ideological infighting, types of formal education, competing societal value systems, et cetera–remain the same. Knowing this is in itself a comforting thought. It is what King Solomon taught us: there really is nothing new under the sun.

Jewish history is a sourcebook for faith and hope, for inspiration and tenacity. But Jewish history that is fanciful and false–stories that have no factual basis, inaccurate and hagiographic biographies, the portrayal of the past in the light of current political correctness– is a false and ultimately uninspiring and self-defeating educational venture. I think that false history, a form of poisonous insidious propaganda, is perhaps worse in the long run than no history at all. The history of our people was transmitted in the past by means of the family and the society. Today it is through books and lectures, media and computers. Schools can integrate history into all of the subjects in their curriculums. But we should remember that truth is not only stranger than fiction, it is more healing and inspirational as well.

Finally, and perhaps most importantly, education comes down to personnel. Teachers in Jewish schools are underpaid and harassed by parents, administrators and educational and financial boards. Wall Street, even in its present woes, is still more attractive to the best and the brightest in the Orthodox Jewish world than teaching is. The exploitation of young Jewish women just returning from seminary to teach at coolie wages is a scandal. The lack of stability and tenure in the Jewish teaching profession translates itself into educational problems for the young in our classrooms.

Instead of dissipating our energies and funds on all sorts of marginal projects in the Jewish world, holy and charitable as they may appear to be, we should concentrate our efforts on better schools, stronger teachers, improved curriculums and a return to the basics of balanced and value-laden Torah education. Jewish children should know Hebrew well before indulging in Arabic, and understand Maimonides before concentrating on Milton. Jewish education knows of no free lunch or timesaving shortcuts. For Jewish education is the source of life for us and the length of our days.

← BEFORE THE DELUGE: THE JEWS OF HUNGARY
Want a Cardboard Bicycle for $20? Well, it’s your lucky day. →