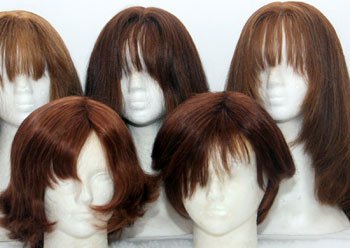 We recently layned Parshas Naso which contains the Biblical source for the obligation of a married woman to cover her hair. An eesha sotah is a woman whose husband suspects her of having acted immorally. The Torah commands the Kohein to take various steps to demonstrate that the sotah has deviated from the modest and loyal path of most married Jewish women (Rashi 5:15-27). Among the procedures, the pasuk clearly states: “ufora es rosh haisha…” and he shall uncover the hair of the head of the woman (5:18). One can only uncover something that has previously been covered; in this case the Torah is referring to the married woman’s hair! There are those who translate ufora as to undo which in this case simply adds a detail. Rashi clearly explains (ibid) that married women would braid their hair under the covering that they wore.

The Kohein needed to uncover and undo this braid. Why? “Soser es klias searah” he (the Kohein) undoes the braiding of her hair, “mekan liBnos Yisrael shegiluy harosh genay hu lahen,” from here we learn that for married Jewish women uncovered hair is a disgrace for them!’ There exists an assumed suspicion that the sotah has sinned grievously. She has, at the very least, secluded herself with another man for a long enough period of time to act inappropriately, after having been warned by her husband not to do so. Whether or not she has actually sinned will be determined by what happens after she drinks the special waters prepared by Kohein.

From the date given at the onset of parshas Bamidbar, we infer that the events in parshas Naso took place in the second year of Bnei Yisrael’s stay in the Midbar. It is safe to assume that all married women covered their hair. It is also possible that they may have been covering their hair for generations. Remember, they dressed differently then we do today.

There is a hint to this in parshas Korach in the way the wife of Ohn ben Peles prevents him from joining Korach’s rebellion against Moshe. At the beginning of the parsha, the Torah lists the members of Korach’s group and Ohn benPeles is mentioned. As many women know, the night before the rebellion, Ohn confided in his wife his regret for having agreed to join the group. How could he get out of this commitment? Ohn’s wife knew that as rebellious as this group was, they were all talmeidei chachomim and kept the mitzvos. The next morning, eishes Ohn sat herself right at the opening of her tent – on the inside, with her hair uncovered. Each member of Korah’s group who would come to pick up her husband would be faced with a moral dilemma. And that is what happened, the moment they saw Ohn’s wife sitting with her hair uncovered, they instinctively turned and walked away.Chazal praise Ohn’s wife whose actions saved his life.

Recently, someone asked me why women are not obligated to wear tefillin. The questioner seemed hurt by this exclusion. She was surprised to learn that in actuality women do wear a form of tefillin and they wear it way longer then men do. I was referring to this mitzvah – the obligation of married women to cover their hair. This idea is found in Rabbi Falk’s sefer Oz Vehadar Levusha. In it he says: “The head covering enables a woman to fulfill the mitzvah of kisuy sa’aros (covering her hair) minute by minute throughout the day thereby enabling her to earn great rewards both in this world and in the World to Come… While a man adorns his head with tefillin for about an hour day, a woman has the merit to adorn her head with an article of mitzvah throughout the length of the day”. Rabbi Falk adds that “Hagaon Rav Shimon Schwab zt”l, once said that women are not obligated in the mitzvah of tefillin because they wear “their tefillin” throughout all hours of the day. They therefore do not require the added sanctification of tefillin as in the case of men” (Oz Vehadarp.243).

Indeed, the Chofetz Chaim in Mishnah Berurah states that kisuy sa’aros of a married woman is a catalyst to give additional yiras Shamayim to her children.

Baruch Hashem, today, stylish and yet refinedsheitels abound as well as nicely designed tichels. One can also find beautiful hats that cover the hair properly. There are many talented women who offer excellent service in styling and maintaining sheitels. We worry so much about the negative influences of society on our children. Let us make a re-commitment to the Torah obligation to cover our hair properly, with the knowledge that we are doing the will of Hashem. At the same time we are adding to the arsenal another protective layer for our families to keep them safe from the moral depravity around us. With Hashem’s help we will succeed.