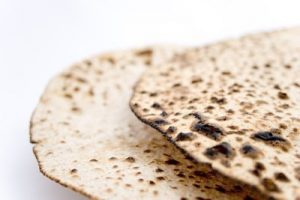 Rabbi Chaim of Zanz, the author of Divrei Chaim, who was both a Chassidic rebbe and a halachic authority, lived during the latter half of the nineteenth century. During this time, technology offered the Jewish world what was to some a boon, to others a bane: Engineers had devised a way to bake matzot by machine. What was once a slow and laborious process could now be done swiftly and effectively, and arguably more meticulously, from a religious perspective.

A great controversy ensued. Some encouraged the use of matzah-baking machine. Others, with less enthusiasm, merely permitted it. Still others quite vehemently opposed it. The Zanzer Rebbe was in the last camp, but he would not disclose the reasons for his opposition. He simply said, “I am against it for a secret reason, and I will keep it to myself. Mita’am kamus imadi.”

I heard from one of his distinguished descendants, the Klausenberger rebbe, Rabbi Yekusiel Yehuda Halberstam, that his ancestor was concerned that the machines would deprive the many impoverished women who depended upon matzah baking for their livelihoods. His concern was not purely halachic. He feared that this new invention would replace human beings.

In a similar vein, when Rabbi Aharon Kotler was a passenger in a car, he would instruct the driver not to go through automatic tollbooths, but to head toward the booth operated by a human being. He felt that the tollbooth operator would be distressed if he saw car after car opting for a machine over a human being.

Thus, more than a century ago rabbis were concerned with the dehumanizing effects of technology, with its potential to diminish Man’s sense of humanity.

How much greater their concern might be were they were alive today. The matzah-baking machine and the automatic tollbooth are primitive instruments indeed in comparison with contemporary devices.