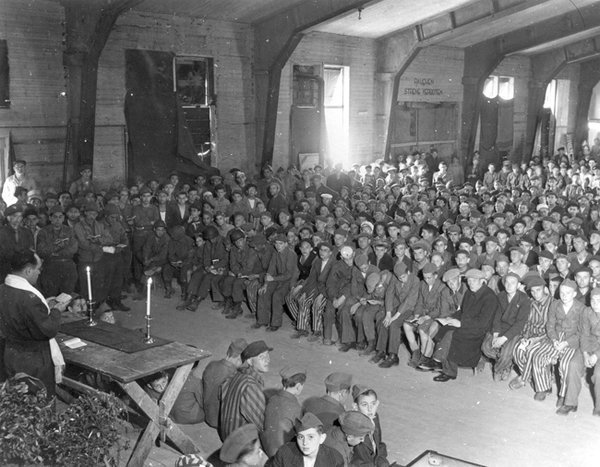 The smoke was still rising as Rabbi Herschel Schacter rode through the gates of Buchenwald.

It was April 11, 1945, and Gen. George S. Patton’s Third Army had liberated the concentration camp scarcely an hour before. Rabbi Schacter, who was attached to the Third Army’s VIII Corps, was the first Jewish chaplain to enter in its wake.

That morning, after learning that Patton’s forward tanks had arrived at the camp, Rabbi Schacter, who died in the Riverdale section of the Bronx on Thursday at 95 after a career as one of the most prominent Modern Orthodox rabbis in the United States, commandeered a jeep and driver. He left headquarters and sped toward Buchenwald.

By late afternoon, when the rabbi drove through the gates, Allied tanks had breached the camp. He remembered, he later said, the sting of smoke in his eyes, the smell of burning flesh and the hundreds of bodies strewn everywhere.

He would remain at Buchenwald for months, tending to survivors, leading religious services in a former Nazi recreation hall and eventually helping to resettle thousands of Jews.

For his work, Rabbi Schacter was singled out by name on Friday by Yisrael Meir Lau, the former Ashkenazi chief rabbi of Israel, in a meeting with President Obama at Yad Vashem, Israel’s Holocaust memorial.

In Buchenwald that April day, Rabbi Schacter said afterward, it seemed as though there was no one left alive. In the camp, he encountered a young American lieutenant who knew his way around.

“Are there any Jews alive here?” the rabbi asked him.

He was led to the Kleine Lager, or Little Camp, a smaller camp within the larger one. There, in filthy barracks, men lay on raw wooden planks stacked from floor to ceiling. They stared down at the rabbi, in his unfamiliar military uniform, with unmistakable fright.

“Shalom Aleichem, Yidden,” Rabbi Schacter cried in Yiddish, “ihr zint frei!” — “Peace be upon you, Jews, you are free!” He ran from barracks to barracks, repeating those words. He was joined by those Jews who could walk, until a stream of people swelled behind him.

As he passed a mound of corpses, Rabbi Schacter spied a flicker of movement. Drawing closer, he saw a small boy, Prisoner 17030, hiding in terror behind the mound. 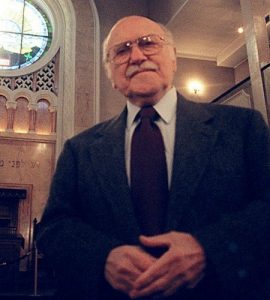 “I was afraid of him,” the child would recall long afterward in an interview with The New York Times. “I knew all the uniforms of SS and Gestapo and Wehrmacht, and all of a sudden, a new kind of uniform. I thought, ‘A new kind of enemy.’ ”

With tears streaming down his face, Rabbi Schacter picked the boy up. “What’s your name, my child?” he asked in Yiddish.

“How old are you?” the rabbi asked.

“Why do you think you’re older?” Rabbi Schacter asked, smiling.

“Because you cry and laugh like a child,” Lulek replied. “I haven’t laughed in a long time, and I don’t even cry anymore. So which one of us is older?”

Rabbi Schacter discovered nearly a thousand orphaned children in Buchenwald. He and a colleague, Rabbi Robert Marcus, helped arrange for their transport to France — a convoy that included Lulek and the teenage Elie Wiesel — as well as to Switzerland, a group personally conveyed by Rabbi Schacter, and to Palestine.

For decades afterward, Rabbi Schacter said, he remained haunted by his time in Buchenwald, and by the question survivors put to him as he raced through the camp that first day. 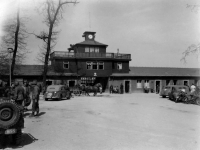 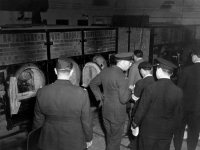 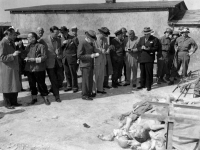 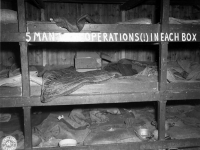 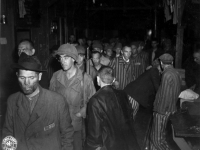 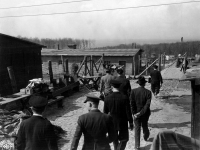 “They were asking me, over and over, ‘Does the world know what happened to us?’ ” Rabbi Schacter told The Associated Press in 1981. “And I was thinking, ‘If my own father had not caught the boat on time, I would have been there, too.’ ”

Herschel Schacter was born in the Brownsville section of Brooklyn on Oct. 10, 1917, the youngest of 10 children of parents who had come from Poland. His father, Pincus, was a seventh-generation shochet, or ritual slaughterer; his mother, the former Miriam Schimmelman, was a real estate manager.

Mr. Schacter earned a bachelor’s degree from Yeshiva University in New York in 1938; in 1941, he received ordination at Yeshiva from Rabbi Joseph B. Soloveitchik, a founder of the Modern Orthodox movement.

He spent about a year as a pulpit rabbi in Stamford, Conn., before enlisting in the Army as a chaplain in 1942.

After Buchenwald was liberated, he spent every day there distributing matzo (liberation had come just a week after Passover); leading services for Shavuot, which celebrates the revelation of the Torah to Moses at Mount Sinai, and which fell that year in May; and conducting Friday night services.

At one of those services, Lulek and his older brother, Naftali, were able to say Kaddish for their parents, Polish Jews who had been killed by the Nazis.

Discharged from the Army with the rank of captain, Rabbi Schacter became the spiritual leader of the Mosholu Jewish Center, an Orthodox synagogue on Hull Avenue in the north Bronx. He presided there from 1947 until it closed in 1999.

He was a leader of many national Jewish groups, including the Conference of Presidents of Major Jewish Organizations, of which he was a past chairman. He was most recently the director of rabbinic services at Yeshiva.

Rabbi Schacter, who in 1956 went to the Soviet Union with an American rabbinic delegation, was an outspoken advocate for the rights of Soviet Jews and an adviser on the subject to President Richard M. Nixon.

A resident of the Riverdale section of the Bronx, Rabbi Schacter is survived by his wife, the former Pnina Gewirtz, whom he married in 1948; a son, Rabbi Jacob J. Schacter, who confirmed his father’s death; a daughter, Miriam Schacter; four grandchildren; and eight great-grandchildren.

And what of Lulek, the orphan Rabbi Schacter rescued from Buchenwald that day? Lulek, who eventually settled in Palestine, grew up to be Rabbi Yisrael Meir Lau.

Rabbi Lau, who recounted his childhood exchange with Rabbi Schacter in a memoir, published in English in 2011 as “Out of the Depths,” was the Ashkenazi chief rabbi of Israel from 1993 to 2003 and is now the chief rabbi of Tel Aviv.

On Friday, when Rabbi Lau told Mr. Obama of his rescue by Rabbi Schacter — he thanked the American people for delivering Buchenwald survivors “not from slavery to freedom, but from death to life” — he had not yet learned of Rabbi Schacter’s death the day before.

“For me, he was alive,” Rabbi Lau said in an interview with The Times on Monday. “I speak about him with tears in my eyes.”