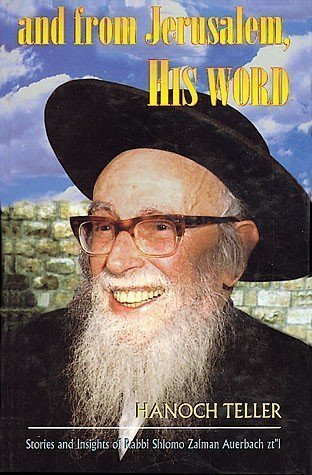 There is a well-known story of R’ Shlomo Zalman Auerbach that at the day of his wife’s funeral, he told people that he was going to break a certain tradition. It was well-known that during the funeral of ones spouse for the living spouse to ask for forgiveness for the arguments they had while alive. Rav Shlomo said that he would not to that since he knows that he and his wife didn’t argue at all during their lifetime. This shocked many onlookers.

However, there is a postscript to the story, according to R’ Moshe Bamberger. A talmid who was married for 6 months visited R’ Shlomo’s house at a later time, and R’ Shlomo asked how he and his wife were. He said that everything was great, and throughout the last 6 months there was no fighting. R’ Shlomo Zalman replied, “I’m sorry to hear that. Did you and your wife separate? It’s not normal to not argue at least once in a while.” The young man replied that he derived inspiration from what he heard happened at the Rebbetzin’s funeral.

R’ Shlomo replied that the media completely misunderstood what he said. When he said about not arguing, the reality was that like all couples, of course they argued. How can a normal couple not? But, the difference was that when they argued, they did so civilly and not gone crazy to the point where they said things they would later regret (unlike most of us).

That’s the lesson here. If you are married, WHEN you do fight (not if), be civil about it. On the flip side, suppressing ones emotions is also very unhealthy. Be balanced and all will be good, Amen.

← MODERN TECHNOLOGY: A THREAT TO JEWISH SANCTITY
Not All That Goes In Goes Out →