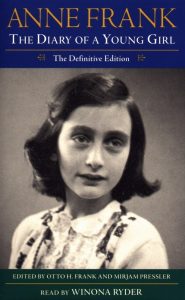 Under the influence of the Age of Enlightenment, the cultural union “Toalet” was formed, which published a number of works of by Hebraic scientists and works of fiction. In recent times, the Jewish-scientific movement has found its stride with the “Union of Jewish Science,” which was founded by S. Seeligmann, a historian and a bibliophile. In its university library, Amsterdam possesses a most valuable Jewish section, the so-called “Rosenthaliana,” which was named after the philanthropist Leiser Rosenthal, who was the father of the Baron von Rosenthal.

The Jews have achieved legal equality in Holland. In politics, business, the arts, and in science, they have taken a foremost and generally well-regarded position.

The diamond industry finds itself today mainly in Jewish hands, and it employs a large number of Jewish workers. In 1906 there were about 1,000 active Jews in the industry, of which 276 were diamond cutters. There were also about 1,000 non-Jewish workers, but only 26 of these cut diamonds.

Jewish enterprisers have introduced the silk clothing industry to Holland. The upswing in the production of margarine production is thanks to the Jews. Generally they are well represented in large trade.

The first Dutch-Jewish newspaper appeared in 1806, edited by Mose Cohen Belinfante, a follower of the Franco Mendez circle. In the 1830s a yearbook appeared for the Israelites in Holland. In 1865 appeared the New Israelite Weekly Paper, which is still published. Since 1885 a central periodical for the Israelites of the Netherlands has been published, and in 1924 there arose a weekly illustrated paper.

Until 1934, Holland was one of the few lands on the European continent that permitted foreigners to accept employment without special permission. The exodus from Germany, which commenced early in 1933, was the excuse needed for the enactment of the Law for the Protection of Native Workers. Even already-existing enterprisers experienced increasing amounts of difficulties in Holland. The country has been unable to absorb so many newcomers in the past two years [Translator’s Note: Wischnitzer wrote these words in 1935]. This caused a further exodus to Palestine, South Africa, and South America, as well as repatriation of Eastern European Jews from Germany back to their own countries of origin.

[Translator’s Note: It was such a “repatriation,” which occurred three years after Wischnitzer wrote his book, that was the spark for Kristallnacht. Herschel Grynspan’s family had arrived in Germany from Poland before World War I to escape a pogrom. In 1938, Nazi Germany forcibly “repatriated” the Grynspans and other Jews back to Poland, and when Poland refused to accept them, these Jews were forced to survive in the open in the no man’s land along the border between the two countries. Herschel himself had some years later emigrated to Holland, and when he heard about this, he went to Paris and shot a German embassy official to death, which was the justification needed by the Nazis to launch Kristallnacht.]

Since the middle of 1934 the stream of German emigration has practically stopped, with the exception of a few families, but these few families have brought a range of factories, and trading enterprises of all sorts have been founded which employ Dutch workers in noteworthy numbers.

The Dutch Jews founded some aid committees for the relief of the immigrants from Germany. The Dutch government has set aside some land reclaimed from the Zuider See, about 30 Km from Alkmaar, for assistance. In the Wieringer Work Settlement that has arisen here, Jewish young people have been trained in agriculture and handcrafts. This has been accomplished through the agency of Dutch and foreign Jews.

← The Rebellious Child
The Reliability and Necessity of a Computer Check →