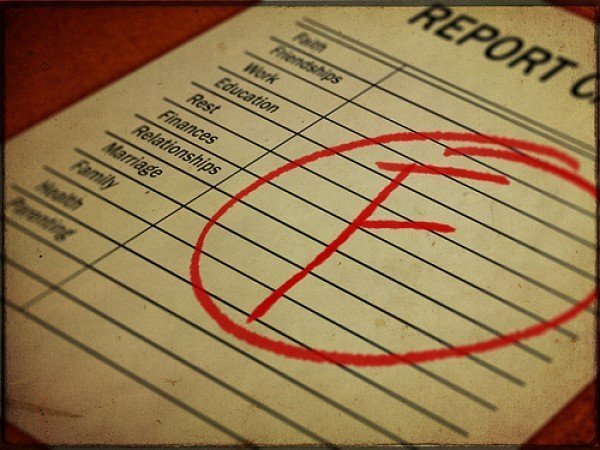 This past Shabbos I read in the Jewish Press Op-Ed section about a Torah-observant mother, who sent her two older children through the Yeshiva system, being forced to send her youngest to public school this year. Also, a few months ago there was a huge brouhaha about MTA’s cover-up on their high-school Rabbeim sexually abusing certain students during the ’70’s and ’80’s, at which very recently a few ex-MTA students from that era came out and issued a public apology.

Being a product of such a system, I felt that it’s my duty, especially during the month of Elul and a few days before Yeshiva classes, to speak up. I have a feeling that my inbox will be full of hate mail, but I don’t care: the truth needs to be told. I don’t consider it Lashon Hara as a) I find that the situation has not changed and will only get worse, b) this should only serve Chizuk to those with similar situations, as I see that I’m not alone, and c) I hope and pray that upon reading this, most school administrators will change their tone when dealing with that one student slipping through the cracks.

My Own Personal Experiences

When I attended Yeshivat Mizrachi L’Banim/Yeshiva Derech HaTorah during the late 80’s and mid-90’s, I remember having had a difficult transition going from elementary school to Junior High. For the first time ever, it went from one teacher to multiple teachers, as well as exams with much stricter timelines. In addition, I remember having been beaten up A LOT by other students. The common question I was always asked at home was, “where were the teachers?” Teachers and administrators dealt with my poor academic/social situation by simply sending me from the classroom to the principals office, to the resource room, and in one incident having me, by the time I was in the 8th grade, sit in a 3rd grade class as a sort of punishment. They also called my father in numerous times, but refused to deal with the situation head-on and improve the student.

I also remember one particular Rabbi, who has long since passed on, kicking me out of his 8th grade classroom EVERY SINGLE DAY. Not once, not twice, not once in a while, but every day. He actually found excuses to kick me out when I really, really wanted to stay in class. What made it worse was that this Rabbi had control of most of the Limudei Kodesh classes, so I literally missed a lot of material, simply because he didn’t like me. To add insult to injury, despite my BJE/Achievement Test scores being above average, his influence and recommendation led me to attending OTI (Ohr Torah Institute), which was essentially a school for bullies and problem kids. Meanwhile, the following year this Rabbi happily accepted a higher-paying vice-Principal job at a better school! To this day I am still bitter about my experience as it translated into four miserable High-School years. Instead of the administration addressing my problems, they merely passed me from one office to another, hoping for the best and thanking Gd that they didn’t need to deal with me for the rest of that day.

I’d like to think that I remained Shomer Shabbos despite my Yeshiva experience, where I had every reason to associate Torah and Mitzvos with those ******** (I’ll reserve what I’d like to say about these Rabbis and administrators, but you get the idea).

I have friends and relatives that have their own personal stories. One was applying to Yeshivas Chofetz Chaim High School, and seemed to be a shoo-in to get in. However, one Rabbi in his 8th grade class ruined it for him. When a Chofetz Chaim administrator asked this Rabbi about the boy, the Rabbi innocently answered, “he’s a good boy, he just tends to sometimes fall asleep in class.” This comment was then blown out of proportion and the boy wasn’t accepted. Ironically, a school built in the name of someone that preached against Lashon Hara accepted Lashon Hara about him. Today, this boy no longer keeps Shabbos or Kosher, and goes trick-or-treating on Halloween (nice work). All I can say is that at least he still strongly identifies with the state Israel and the Jewish people, which is still something.

I have another that wasn’t accepted either because a) he wasn’t “frum” enough in the black-hat world, or b) the parents didn’t have enough money. This was in Monsey Ir HaKodesh. What ended up happening, because the community chose to complain along rather than do something about it, was that he was forced to attend public school for a time. Now, this boy was far from stupid. As a child his I.Q. was measured at 151/200, which is very high. But, because of petty politics he had to briefly attend public school.

These are just two examples, but there are many more. I keep hearing/reading about the tuition crisis and how it’s the modern form of birth control, but another issue that I see is the amount of Gaavah each Yeshiva has in not accepting as many people as possible to ensure Jewish continuity!

Please understand this from my perspective. I’m not trying to criticize anyone…. actually, never mind, I am. Too many Yeshiva Rebbis in my opinion wield way too much power to misuse, yet we see it being misused again and again. They clearly have their favorites, and instead of attending to each child’s needs, they form in their minds a cookie-cutter type of student and leave their least favorites to fall through the cracks. My intent in letting loose with this post is in the hope that this will change a Jewish child’s’ life for the better. I was hurt by the system and I personally know others that were hurt as well. Yeshiva administrators, stop acting so high and mighty; you aren’t. Imagine yourselves in the next world, as students in a heavenly classroom, being treated the same way you treated these poor souls. Students and parents, you’re not alone. Until the situation drastically improves, this blog post stays.

← So Who Was Right
Some advice on MLM (Multi-Level Marketing) deals such as Amway, Shaklee, Herbalife, Nu Skin, etc. →