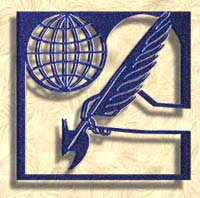 The laws of the Torah are Divine laws, and are beyond the comprehension of the human mind. Any attempt to understand a Mitzvah, or the reasons for a Mitzvah, will fall short of complete comprehension. Indeed there are many laws which defy any sort of explanation. One cannot, therefore, make his understanding of a Mitzvah or any of its Halachos, a precondition to its performance. This does not prohibit us from delving into and seeking to understand possible reasons for Mitzvos. Quite the contrary, we are duty-bound to seek understanding of Mitzvos as this increases our appreciation of them.

Our understanding of the Mitzva of Mezuzah must begin with a discussion of the parshios contained in the Mezuzah ìàøùé òîù Hear O Yisroel, (Deut. 5:4-9) and òåîù íà ‘éäå . And it will happen if you obey (Deut. 11:12-21).

The first parsha of the Mezuzah contains the most fundamental concept of Judaism, the Unity of G-d. This concept, that all the diverse phenomena that exists in this world are the result of One Source, and not the result of conflicting forces, is the foundation of our Faith and is what sets Judaism apart from all the ancient and modern polythestic ideas and religions.

The second parsha of the Mezuzah teaches the principle of Divine reward and punishment. The Mezuzah is a reminder in times of prosperity that our abundance is dependent on the observance of the Torah and in times of deprivation that misfortunes come as a punishment for our sins.

With an appreciation of the importance and sacredness of the content of the Mezuzah, we begin to realize that the laws that require such exactness and sanctity in the writing of the Mezuzah are a reflection of the sanctity of its content. Moreover, one can readily see how the stringency of the laws pertaining to Mezuzah impress upon a person exactly how important a document this must be, to require such exactness.

A Mezuzah is not an amulet, the Rambam indicates that to treat it as one degrades the Mitzvah. Nevertheless, one of the special benefits of the Mitvzah of Mezuzah is that it protects he who performs the Mitzvah from harm that may otherwise befall him.

The Talmud relates that when Unkeles, the Ger, (proselyte) adopted the Jewish faith the Roman emperor sent a company of soldiers to arrest him. As he was taken from his home, he stopped to place his hand over the Mezuzah. When the soldiers asked him to explain the meaning of his action he replied, “A mortal king lives within and hires guards to stand outside to protect him, but the Holy One has his servants inside while He stays outside to protect them, as the scriptures say, ‘G-d shall protect you as you come and as you leave, forever,”‘ The soldiers were so impressed by this remark that they let him go, and they, too, became gerim.

The Rambam concludes the halachos of Mezuzah with this statement: “One must be very punctilious in fulfilling this Mitzvah because it is a constant obligation that includes everyone. Every time a person enters and leaves he is confronted with the Unity of G-d, the name of the Almighty, and he remembers his love for Him. He awakens from his slumber and his involvement in the vanity of temporal matters and realizes that nothing has eternal existence but the knowledge of G-d. He than immediately returns to the path of righteousness. Our sages have said that he who has Tefillin on his arm and head, Tzitzis on his garment and Mezuzos on his doorways, can be assured that he will not sin, because he has many reminders. There are the selfsame angels that protect him from sin as it says, ‘The angels of G-d surround those who fear Him and protect him.”‘

THE BEST GIFT
The Parthian king, Artiban, once sent a priceless jewel to Rabbi Judah the Prince (135 – 220), making it obvious that he expected something of equal value in return. Rabbi Judah was the compiler of the earliest part of the Talmud, and one of the wealthiest Jews.

The Rabbi’s gift to the king was a Mezuzah. The king’s reply was, “I sent you something priceless, and you sent me something that can be bought for a paltry sum. ”