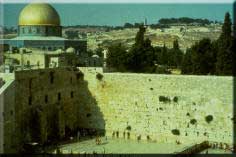 This wall, a remnant of the large wall that once surrounded the Temple Mount-the Har Ha’bayis- during the time of the second Bet Ha’Mikdosh, was built by Hordus (Herod) who rebuilt the second Bet Ha’mikdosh and extended its walls. The only visible stones still left from those days are the bottom seven layers. However there are still more than 17 layers buried under the ground. One can see some of them when entering the Kotel Tunnels. These huge stones weigh many tons and can easily be recognized by their indented borders. The layers of stone above them are not from the original wall and were added many years later. 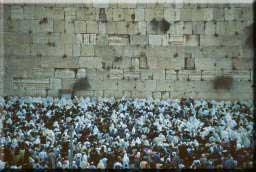 Archeologists have excavated the area to the left side of the wall and it can be seen by entering into the Kotel Tunnels. One can enter here only by prior appointment. A shul has been set up right across the point believed to be where the Kodesh Kodoshim (Holy of Holies) once stood. 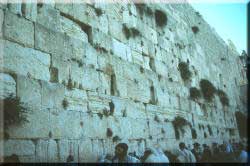 During the years between ’48-’67, when Jordan controlled the old city, they did not allow the Jews to come and pray here. It was only after the recapture of this city in 1967 (during the 6 Day War) that Jews could return here once again. The many buildings in front of the wall were taken down, and a large plaza was built before her. 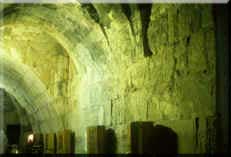 Thousands of visitors come here each day to pour out their hearts to Hashem, for this is the closest we are permitted to go. May we soon be zo’cheh to the rebuilding of the third and eternal Bet Ha’mikdosh

← Israel Guide: Kever Shmuel Hanavi
Parshas B’shalach – It Was All Just a Trick →