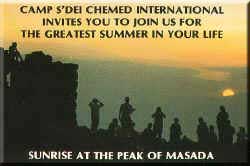 Nearby, stands the famous mountain of Masada – a stronghold during the time of the destruction of the Second Beit Ha’Mikdosh. 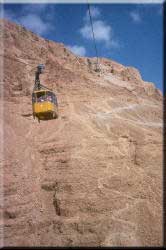 It was originally fortified by either Alexander Yannai or Yonnassan, one of the Hasmanoim, and later on Hurdus (Herod) built a beautiful palace here. After the destruction of the Beis Hamikdosh by the Romans, many Jews came to live here in the hope that they would be safe from the Romans. Josephus tells the story of how Eliezer ben Yair tried to defend it against the Roman legions. At the end, when the nearly 1,000 people realized that the Romans where about to capture it, they all committed suicide rather than fall into Roman hands and be abused by them. 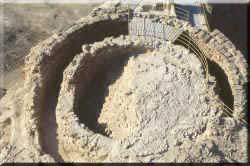 There are many interesting finds that were made here. One can see Hordus’ northern and western palace, water cisterns, a mikva from the time of the Bet Ha’Mikdosh, storage areas, a bathhouse and many other interesting finds. 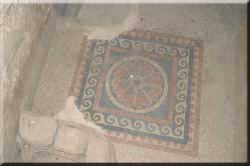 You can go up the mountain by taking the cable car or hike up the snake path. The easiest way to climb up is from the western side of the mountain, which is where the Romans built their ramp. 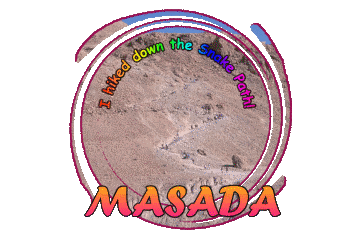 ← Parshas B’shalach – It Was All Just a Trick
Israel Guide: Meron →