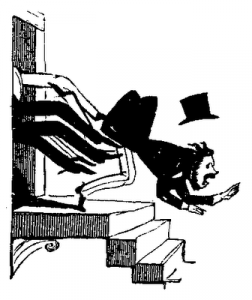 My life has really been blessed by the Lord, who would have known that going to a reject yeshiva would have provided me with the ideas for so much of my writing. My yeshiva was like the outlet mall that sold irregulars for the chofetz chaim system, we were the last command post before the klids hit the streets, usually they came from WITS, but we even got main branch rejects and naturally everyone had their story as to why they were kicked out. It happened to be that Rochester was the most modern of the branches and therefore getting kicked out was much harder than other places, but still kidfs got kicked out, heck I was thrown out of the dorm in my senior year and was forced to live by a rabbis house which turned out to be one of the best things that ever happened to me.

Top 10 reasons to get kicked out of yeshiva:

Movies: Having grown up with a TV in the house and in a place where everyone went to the movies, I never saw what the big deal was about going to the movies. Not only did the yeshiva make a big deal about going to the movies (possibly because they were fun – they did their darndest to suck the fun out of being a kid) the kids themselves made an even bigger deal about sneaking off to the movies. I can remember mussar being pounded into me about the evil kids who not only went to the movies, but dragged their friends with them causing them to sin. I was never smart enough to ask if movies were halachically assur (they can’t be, because you can’t go to a movie in the 3 weeks, kal vachomer they are muttar all year) So it depends what the situation was, but if you were a half tuition paying dude who lied to the dorm councilor and brought your friends with you, chances were slim you would survive the dorm councilors interrogation. I never understood the logic of throwing a kid out, causing him to go off the derech and wander the streets of Brooklyn or Woodbourne because they went to a movie, but yeshivas throughout the land will throw you out for going.

Drugs: In the mid 90′s the yeshiva discovered that frum kids also wanted to get high, so they started drug testing, this was about the same time the frum community decided they needed a new crisis and so they called on the kids at risk to form a new crisis. These kids not only wore different yarmulkes than their families hashkafa, they also enjoyed illicit behavior like girls and drugs. Drugs were never tolerated in my yeshiva, but I heard that in Niveh and Ner Jake that was their method of rehab, frum the kids out and then save their hearts.

Girls: I wonder if the gay marriage movement may have scared yeshivas into allowing their bochrim to communicate with girls? Despite the fact that Rochester had its fair share of gay students, we weren’t allowed to communicate with girls. If we received a letter (Amazing to think that I went to school before the internet became the primary form of communication between the sexes – it was rough to speak with some girl you met on pesach on the phone so we sent letters) from someone with girly handwriting, we were called in front of the rosh yeshiva so he could read it to us so he could publicly embarrass us, but if you snuck a girl into the dorm or were caught in the act (talking on a street corner) then it may have assured your demise. In other yeshivas, merely lifting your eyes from the sidewalk may constitute pritzus invitations. I’ve always heard those urban legends of the rosh yeshivas daughter hooking up with dudes, but those have yet to be confirmed – that would be worth being thrown out of the yeshiva.

Drinking: In many yeshivas drinking is assur until you get to beis medrish, ironic because the beis mderish guys are usually 17 or 18 when they first abandon secular studies for a life of welfare state supported talmudic legislative debates, nevertheless drinking will get you kicked out of yeshiva. Although it seems you are cool if you happened to be drinking at a shalom zachor or another mitzvah, it’s not that yeshivas care about the law, they care about the law catching up with them.

Smoking: I’m not sure what other yeshivas do, but yeshiva guys are such addicts that they would have a crisis on their hands if they started kicking everyone in Rochester out for smoking. Not only was smoking cool, the rosh yeshiva used to smoke so that it was in our mesorah to smoke. In later years the yeshiva started doing testing for smoking and then would then impose a kenas for smoking – I’m sure yeshivas kick people out for smoking.

Contraband: During routine searches or random room searches, any number of items may be found, ranging from newspapers to CD’s, iPods, laptops and microwaves (lots of yeshivas are scared of the fire inspectors) I have heard that many yeshivas do not allow radios, secular books or any type of phone. I have no idea how it is now, when I was in yeshiva no one had phones or laptops, we used the pay phone to call home collect or with a calling card.

Eating Cheeseburgers: I figure since they basically equated the worst things you can do to eating cheeseburgers they were liable to kick you out for such a transgression, whether or not any yeshiva guys ever ate cheeseburgers and were thrown out for it is another story. I’;m sure guys have been caught eating treife and were kicked out of yeshivas for it.

Breaking shabbos: I actually used to break shabbos when I was in yeshiva, of course I had no idea that carrying on shabbos was akin to driving in a car or lighting a fire, so I used to go to these baseball card trade shows on shabbos with a few buddies and we would carry our cards and make trades, ironically that was also assur. I’m sure we would have been kicked out for it.

Fighting: There were lots of fights, ironically a lot of them were the sephardic kids who thought they were gangsters, either way, fighting was somewhat tolerated because it’s natural for kids who are pissed off at the system to fight, but I’m sure other yeshivas don’t tolerate it, unless you pay full tuition and that’s for another post.