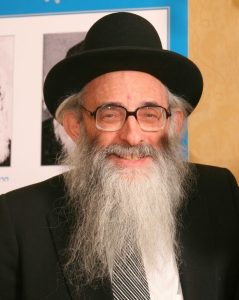 Recently Rabbi Moshe Meiselman, author of “Torah, Chazal and Science” and Mathematics Ph.D from M.I.T., (who also attended Harvard) came to Toronto/SSCM as a “scholar in residence.” On Friday evening he was the centrepiece of an Oneg Shabbos at someone’s house. His focus was on the benefits of Kollelim, followed by questions and answers.

While I don’t remember the exact wording of his speech, he did mention the following (accompanied by my personal commentary):

1. In Egypt, Shevet Levi was in the center of Goshen learning rather than working, suggesting the Learners-Earners mentality for that day while the rest of Bnei Yisrael slaved for 83 years (it really was 86 years according to Artscroll’s Stone Chumash, but who’s counting?).

I sarcastically asked that, in that case, should everyone be like Shevet Levi and only learn the whole time? How would that work? The response I got was that the world simply doesn’t work that way. There will always be those with the “Erev Rav” mentality that will leech off the benefits of the others’. In this case, those not learning Torah will always look to reap the benefits of Torah scholars. That’s how it’s always been and apparently will be.

3. Rambam’s brother David was selling gems to allow R’ Moshe ben Maimon to learn Torah. While David was alive the Rambam was a Kollel guy. When David drowned in a shipwreck in the Indian Ocean, the Rambam was forced to attend medical school and go to work in his 50’s (really he was 35, but again with the numbers…).

4. One accusation on Kollel guys is that they are wasting time without any career aspirations. However, the same argument can be made on English and History – liberal arts – majors in college. If the issue is with mental growth and development, then Kollel guys can arguably outrank liberal arts majors, and the secular/writing skills will come with a little practice.

5. Another is with Israeli Charedim joining the Army or continuing to learn, which is always a sore topic. I personally learned something new in terms of different perspectives. We in Chutz La’Aretz (and some in Israel) think that Charedim are hurting the economy, in part by not serving in the army. By not protecting Jews physically, they are hurting them. Many Charedim however don’t see it they way. They see joining the Army as a means to acculturate them into mainstream Israeli society. One of the costs there is in possible spiritual destruction in exchange for integrating with the rest of Israeli society. Netanyahu apparently mentioned this point one time, referring the Army as an acculturation program for the Charedim. (This is the main reason why they protest they way they do.)

Rav Meiselman also related that when he first immigrated to Israel many years ago, an immigration officer asked him if he wanted to join the army. He said he’d love to. When asked why, he responded that the amount in potential benefits he would get from the army would amount to half a million dollars, which would cover his tuition and weddings for his children very nicely! It was decided that given his motives and poor physical shape he would be passed, as it would have been too costly for them to have him join.

He also mentioned that Yair Lapid always says for Charedim to “join the army and defend your country.” The joke is, when Yair Lapid was in the army, he didn’t lay his life down on the line like others. He was merely a media reporter for the army. Therefore, he shouldn’t be one to talk.

I actually have been told unique stories by Israelis that have/have not served in the Army. Here are a couple.

a. Someone I went to Yeshiva with in New York had come out of an Israel Hesder Yeshiva Army program. Hesder is where someone serves in the army, spaced out over 5 years instead of 2-3, with Yeshiva before and after. He explained that when he first learned, he learned great. When he came back from the Army to learn for a second stint, his momentum was gone and he no longer had the motivation he had before. It makes sense: undisturbed studies generally yield better results than having any sort of break in the middle.

b. Someone – a religious Morrocan/Israeli/Canadian Charedi – told me the following story after I told him Rabbi Meiselman’s opinion on the acculturation aspect. He had lived in Israel for 6 years and asked his father – someone who had served in the Army and became a high-ranking official – if he should join. His father replied, “absolutely not.” He then went on that it worked out well for him in the end, but he saw so much that spiritually damaged him in an irreversible manner.

This person’s father came from Morocco when Israel was a young state, expecting the country to be full of Rabbis. He was shocked to find out that the neighbourhood the absorption ministry placed him had no shuls for at least 2 miles, and that most of his neighbours worked on Shabbos. That was one culture shock. The next was when joining the Army, he had supposedly requested to join a Dati Leumi/Nachal Charedi unit and the officer tricked him, promising him a religious unit and instead placing him into a secular unit where all sorts of things happened. For this reason (and others), his father felt that his son shouldn’t join.

Fast forward later on, after he was in Israel for 6 years and wanted to return to Canada, border control noted that his father was Israeli, he was an Israeli citizen and that he was leaving the country! They gave him a difficult time, and one of the snide remarks was that “we can manage just fine without you.” Nu nu?

In general, this is a highly controversial topic as simply put, not everyone is cut out to learn Torah every day. I have a number of relatives in Israel that have served/are serving in the Army with pride. Had I grown up in Israel I personally likely would have served myself with pride and joy. But, I also get that it’s not for everyone.

6. As for Charedim being leeches on Israeli society by not getting jobs, here is an interesting stat: Charedim in the workforce number 55% while the rest of Israel in the workforce numbers 68%. That’s only a difference of 13%. At least the Charedim are doing something productive learning Torah (and possibly looking for work as well) while the rest of the unemployed are sitting, twiddling their thumbs while looking for work.

While I don’t entirely agree with the fact that more effort isn’t exerted in Charedim looking for work, the fact also remains that in Israel, the economy is so bad that very few people in general can get work, period!

The discussion then moved the science and the Big Bang. The bottom-line is that science, while being based on factual discoveries, always changes by the minute. Nothing is ever proven conclusively. For example, the Big Bang theory is primarily based on the notion of black holes. Comes Stephen Hawking who said that black holes as we think we know them do not exist.

The following morning I heard Rav Meiselman discuss the first chapter of his book. He focused on Noach and the Ark, pointing that the dimensions Gd gave him were proven later by scientists to be the most buoyant floating device available, albeit not a fast one (what did he need to travel for?). He also focused on a Greek philosopher spoke with a Rabbi (the names are in the book), asking him about the gestational period of a snake. He cried as he didn’t know and asked a fellow Rabbi. The answer turned out to be 7 years. The Greek philosopher responded incredulously that, he needed to keep an impregnated snake in a box for 7 years, watching it closely each day, and this Rabbi handed it to him on a silver platter. The logic was that something takes 53 days, a beheimah temeiah takes 7 times that (12 months) and the Torah supposedly says that a snake takes 7 times as long.