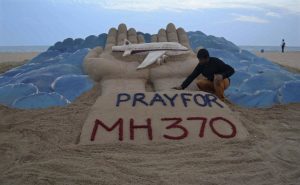 We have all sadly heard about the mysterious disappearance of Malaysia Air Flight 370. Our thoughts and prayers are with every man, woman and child on that flight.

That said, there is a chilling story, claimed to be 100% true from Dansdeals.com, which should serve as a glimmer of light for those “doing the right thing.” I also want to point out that in no uncertain terms am I CV”Sh implying that the people were meant to get lost/die in that flight! However, one life was spared reducing the possible death toll from 240 to 239. We Jews believe that saving one life is as if saving the whole world.

But the saying goes much deeper than that in this story. Thanks to a Jew’s haphazard observance of Shabbos (or at least not flying), his life was saved. A transcript of the email correspondence was recorded and reposted here.

Click on any of the emails to enlarge them.

On 01/13/14 Andy emailed his travel agent his desired itinerary: 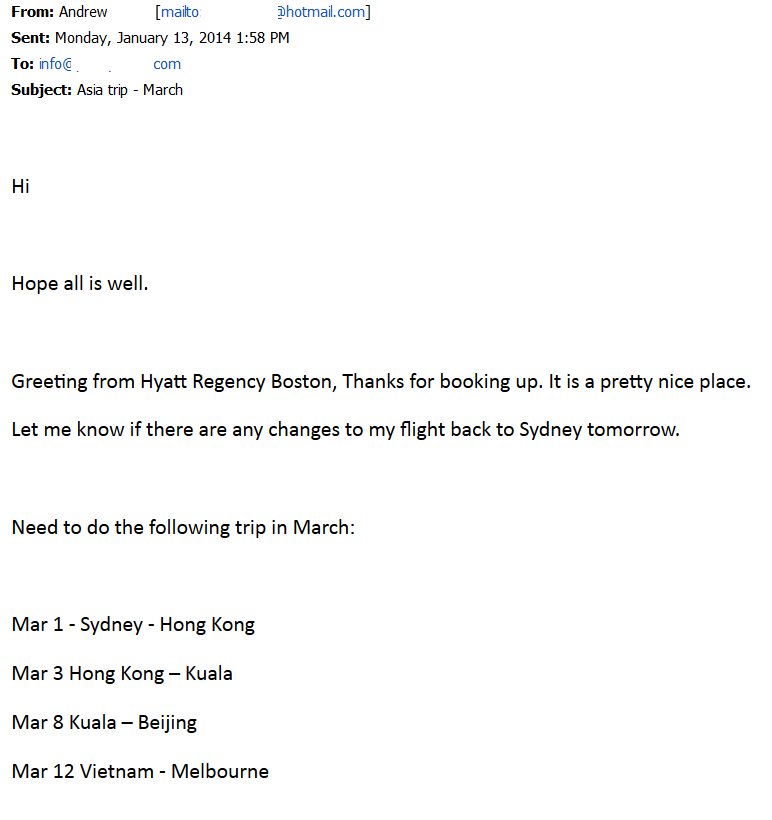 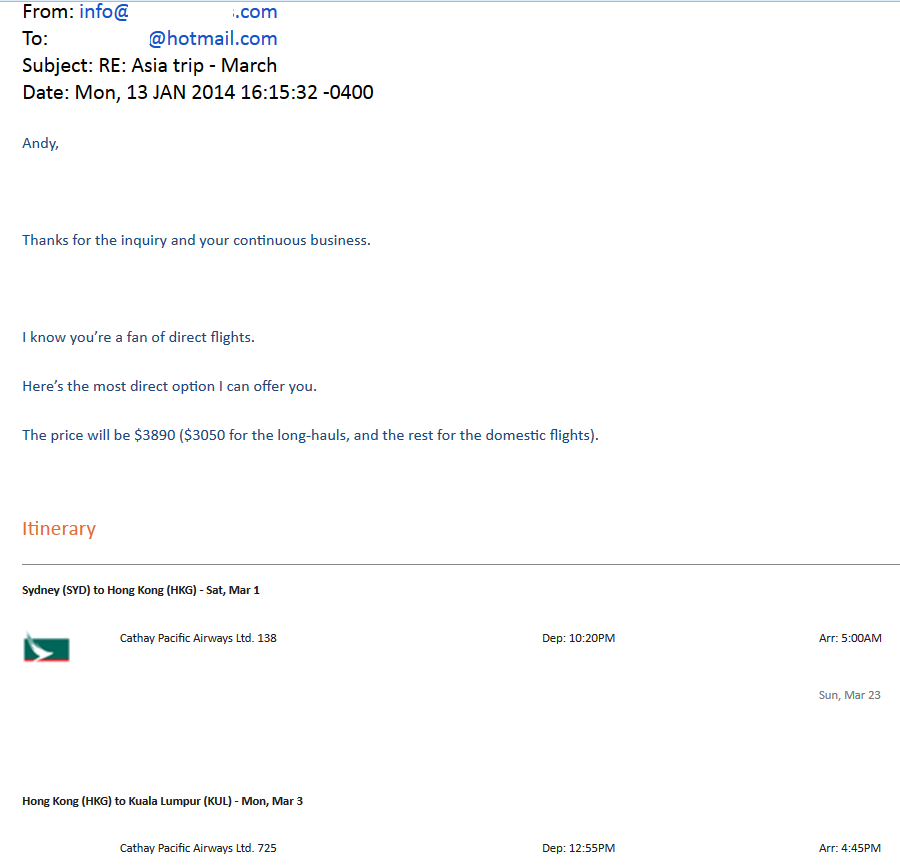 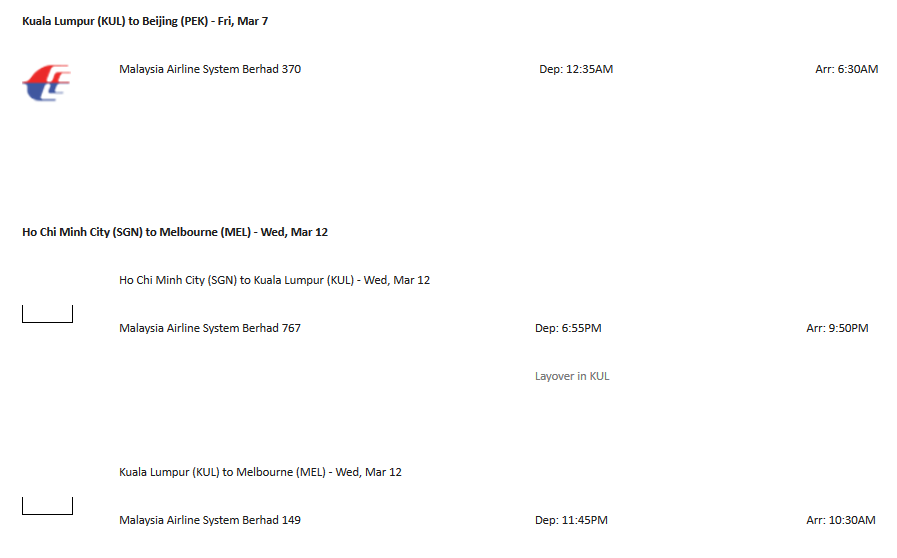 Andy loved the price, but again requested the Saturday morning flight from Kuala Lumpur to Beijing:

The travel agent responded that he would not be able to book travel for him over the Sabbath, but that he was free to book that flight by himself: 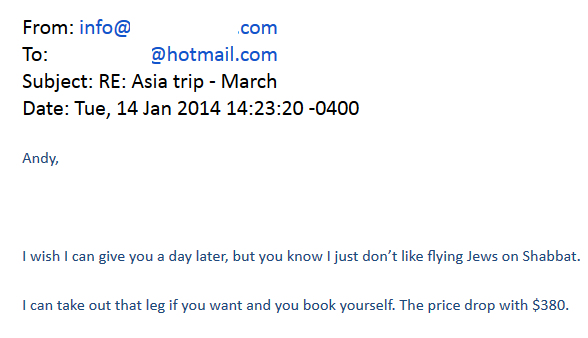 Andy agreed with that and planned to book the flight by himself: 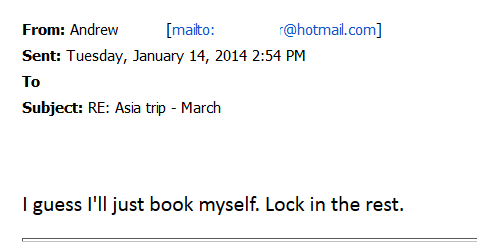 And the travel agent noted that if he changed his mind to just let him know:

Shortly afterward Andy did just that:

And the travel agent recommended a place to get a nice kosher meal and booked him the originally proposed itinerary, flying from Kuala Lumpur to Beijing on Friday early morning instead of Saturday. 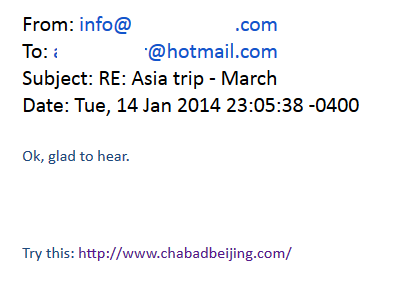 Fast forward to 2 days ago.  The travel agent is in Israel and reads this email once Shabbos is over.  The email was sent after shabbos, at 7:15pm Beijing time/1:15pm Israel time: 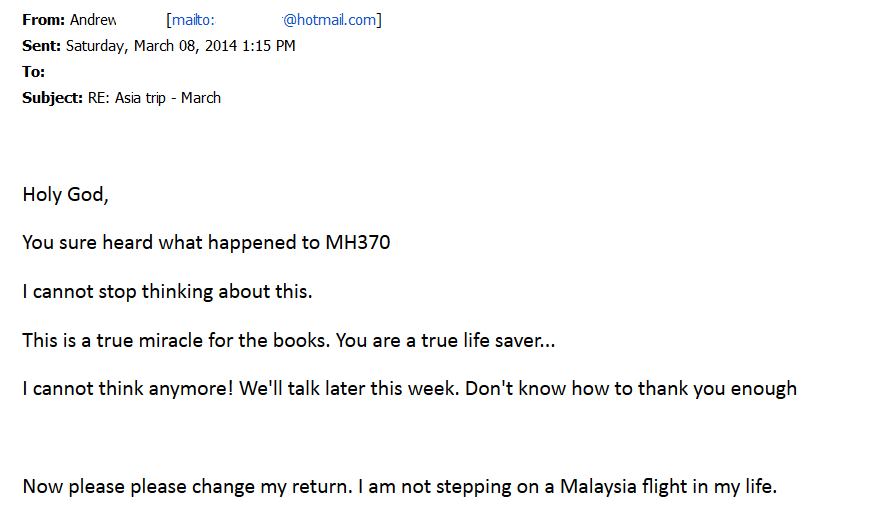 And the travel agent wrote back, equally in shock at the realization ofShabbos saving his client’s life: 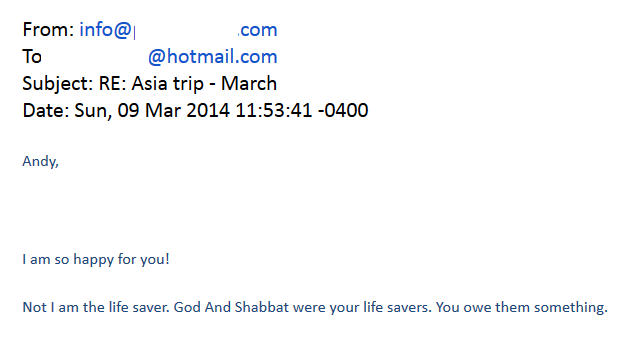 Indeed, due to the travel agent worrying about the religious observance of a fellow Jew, Andy was persuaded into flying on Malaysia Air 370 exactly one day prior to the ill-fated flight he wanted to take.

It’s not often we hear a story like this.  It’s been 103 years since Rose was saved from the devastation of the Triangle Shirtwaist Factory fire thanks to observing Shabbos.  And now it was Andy’s turn.

Prayers go out to the families of those still missing.