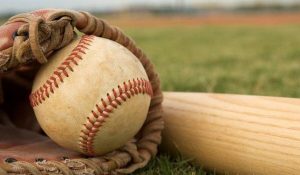 From “Echoes of the Maggid:”

Sports in America is not only a multibillion dollar industry, but rare is the child growing up in the United States who has never been involved in some type of sports competition, be it baseball, basketball, punchball, handball, football or hockey. For this reason, people who have grown up in America, both young and old, are swept up and moved as their mind’s eye visualizes the unfolding of these incredible events.

However, it is not only an American that can fully appreciate the intensity of this marvelous “sports” story. This tender story also has universal appeal, because it deals with the universal values of sensitivity, self-esteem, and acceptance.

In Brooklyn, New York, Chush is a school that caters to learning-disabled children. Some children remain in Chush for their entire school careers, while others can be mainstreamed into conventional yeshivos and Bais Yaakovs. There are a few children who attend Chush for most of the week and go to a regular school on Sundays.

At a Chush fund-raising dinner, the father of a Chush child delivered a speech that would never be forgotten by all who attended. After extolling the school and its dedicated staff, he cried out, “Where is the perfection in my son Shaya? Everything that Hashem does is done with perfection. But my child cannot understand things as other children do. My child cannot remember facts and figures as other children do. Where is Hashem’s perfection?” The audience was shocked by the question, pained by the father’s anguish and stilled by his piercing query.

“I believe,” the father answered, “that when Hashem brings a child like this into the world, the perfection that He seeks is in the way people react to this child.”

He then told the following story about his son Shaya.

Shaya attends Chush throughout the week and Yeshivah Darchei Torah in Far Rockaway on Sundays. One Sunday afternoon, Shaya and his father came to Darchei Torah as his classmates were playing baseball. The game was in progress and as Shaya and his father made their way towards the ballfield, Shaya said, “Do you think you could get me into the game?”

Shaya’s father knew his son was not at all athletic, and that most boys would not want him on their team. But Shaya’s father understood that if his son was chosen in, it would give him a comfortable sense of belonging.

Shaya’s father approached one of the boys in the field and asked, “Do you think my Shaya could get into the game?”

The boy looked around for guidance from his teammates. Getting none, he took matters into his own hands and said, “We are losing by six runs and the game is already in the eighth inning. I guess he can be on our team and we’ll try to put him up to bat in the ninth inning.”

Shaya’s father was ecstatic as Shaya smiled broadly. Shaya was told to put on a glove and go out to play short center field, a position that exists only in softball. There were no protests from the opposing team, which would now be hitting with an extra man in the outfield.

In the bottom of the eighth inning, Shaya’s team scored a few runs but was still behind by three. In the bottom of the ninth inning, Shaya’s team scored again and now with two outs and the bases loaded and the potential winning runs on base, Shaya was scheduled to be up. Would the team actually let Shaya bat at this juncture and give away their chance to win the game?

Surprisingly, Shaya was told to take a bat and try to get a hit. Everyone knew that it was all but impossible, for Shaya didn’t even know how to hold the bat properly, let alone hit with it. However as Shaya stepped up to the plate, the pitcher moved in a few steps to lob the ball in softly so that Shaya should at least be able to make contact.

The first pitch came in and Shaya swung clumsily and missed. One of Shaya’s teammates came up to Shaya and together they held the bat and faced the pitcher waiting for the next pitch. The pitcher again took a few steps forward to toss the ball softly towards Shaya.

As the next pitch came in, Shaya and his teammate swung the bat and together they hit a slow ground ball to the pitcher. The pitcher picked up the soft grounder and could easily have thrown the ball to the first baseman. Shaya would have been out and that would have ended the game.

He scampered down the baseline wide eyed and startled. By the time he reached first base, the right fielder had the ball. He could have thrown the ball to the second baseman who would tag out Shaya, who was still running. But the rightfielder understood what the pitcher’s intentions were, so he threw the ball high and far over the third baseman’s head, as everyone yelled, “Shaya, run to second! Shaya, run to second.”

Shaya ran towards second base as the runners ahead of him deliriously circled the bases towards home. As Shaya reached second base, the opposing shortstop ran towards him, turned him towards the direction of third base and shouted “Shaya, run to third!”

Shaya ran home, stepped on home plate and all 18 boys lifted him on their shoulders and made him the hero, as he had just hit the “grand slam” and won the game for his team.

“That day,” said the father who now had tears rolling down his face, “those 18 boys reached their level of perfection. They showed that it is not only those who are talented that should be recognized, but also those who have less talent. They too are human beings, they too have feelings and emotions, they too are people, they too want to feel important.”

That is the exceptional lesson of this episode. Too often we seek to find favor and give honor to those who have more than us. But there are people who have fewer friends than we, less money, and less prestige. Those people especially need attention and recognition. We should try to achieve the level of perfection in human relationships which the boys on the ballfield at Yeshiva Darchei Torah achieved.

Because if children can do it, we adults should certainly be able to accomplish it as well.

I noticed that snopes.com came out with an “unverified” tag on it. I forwarded the link to Rabbi Paysach Krohn Shit”a, then spoke with him by phone. He gave me the name of the Rabbi, and offered to supply his phone number as well. I then wrote the following message to snopes:

“This is in response to the status of an article posted about Shaya playing baseball (http://www.snopes.com/glurge/chush.asp). I wanted to let you know that I spoke with Rabbi Krohn personally earlier today and he responded that Shaya’s father’s name is Rabbi Yaakov Reisman of Far Rockaway, NY (http://www.yellowpages.com/far-rockaway-ny/mip/reisman-yaakov-rabbi-19489166). Rabbi Krohn also replied that the father didn’t mind his name being publicized. As it is, the story became viral as it showed everyone what religious Jews are capable of doing.

Sometimes the best source is hearing it from the person that experienced it, rather than relying on a document that the person saying it wrote.

I hope this helps. You can always call the source to have it verified.”