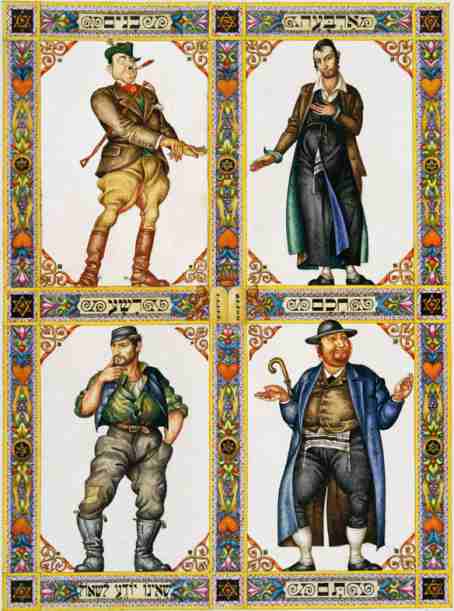 The Pesach Haggadah is one of the most interesting books compiled for the Seder. One of the more interesting things is the categorization of 4 sons. Why those four?

Here is my original explanation: I find that the four sons in one way represent the different stages of life one goes through, represented by the way the same question is asked through the lens of the son. I also find that Chacham/Rasha are polar opposites, just as Tam/She’aino Yodaiya Lishol. Here’s how:

Mah Nishtanah tone of voice: No tone of voice yet, just soaking it in. The youngest child that knows how to speak will ask the questions.

Relation to Son #3: He doesn’t know how to ask questions and appears to be dumb. The simple son asks questions, though simple, and simple may in fact sometimes be more profound than the wise son’s questions.

This person has just learned the Alef Bais of the holiday and can ask simple, yet sometimes profound questions.

Relation to Son #4: He knows how to ask questions, and in a manner where he can summarize a lot in as little as two words. Son #4 can’t even do that.

As the saying goes, a little knowledge can be a dangerous thing. This son knows just enough to ask questions, thinking he knows everything, that he can confuse authority and that he doesn’t need to be part of it. Boy is he in for a surprise!

It goes even further in that he is such an “intellectual” that he chooses the word “Lachem,” for you, carefully to show that he’s not part of it.

Mah Nishtanah tone of voice: It happened in the past to a people that in no way relate to our generation. Tone of voice is in a questioning, yet accusatory manner.

Relation to Son #1: He knows enough to master the intellectual aspects of the holiday but not the emotional aspects. Son #1 displays intellect and empathy in his style of questioning. He probably was kicked out of Yeshiva for rebelling, using his mouth before his head. Think Alan Dershowitz.

The wise son has not only learned a lot, but knows enough that Yetzias Mitzrayim affects us even today. Hence his questioning. His word “Lachem” isn’t meant to be derogatory as the tone of speech showed that his heart is in the right place, and that there are more important things to life than nitpicking on words.

Mah Nishtanah tone of voice: “Mah Nishtana” is a rhetorical question, which is what the Aruch HaShulchan suggests. It’s like “Mah rabu maasecha Hashem” and “Mah tovu ohalecha Yaakov.”

Relation to Son #2: He knows enough to know and be “chilled out” and think things through before going all cowboy. Son #1 wants to change the world with the little knowledge he has.

← “Understanding Tzniut” by Rabbi Yehuda Henkin – Out of Print :-(
Bedikat Chametz in the Next Generation →