Growing up, I always wondered why the head of the household never gave a straight answer to each of the four questions asked. Why the whole Megilla – er, I mean Haggada? Well, here is my personal breakdown, point-by-point. 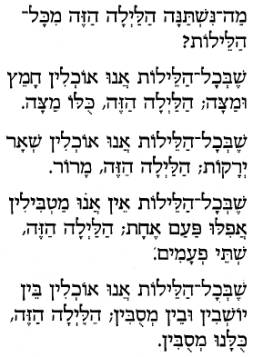 Why is this night different from all other nights?

A: Because we are doing something to commemorate our exodus and defining as a nation.

1. On all other nights we eat leavened products and matzah, and on this night only matzah.

By eating the type of bread/Matzah that our ancestors ate, it serves as a reminder as to exactly how much time we had to prepare to leave.

2. On all other nights we eat all vegetables, and on this night only bitter herbs (Maror).

We go out of our way to eat the one herb that reminds us how bitter our slavery was.
3. On all other nights, we don’t dip our food even once, and on this night we dip twice.

This one confounded me for years. Here’s my answer:

a. The first time we dip, the Karpas (potato or parsley) in the saltwater, shows our new-found freedom in us acting like royalty. Apparently in ancient times it was proper to serve an entree, or appetizer, in the form of a vegetable that was wetted to show how extra clean it was.

So why do we wash our hands without a Bracha? There apparently is a little-known Halacha (nobody I know does this during the year) that, if you have a wet fruit or vegetable and want to eat it, you must wash your own hands first (without a Bracha). Pesach is the one time where we actually put this Halacha into practice.

b. The second dipping, which has to do with Marror into Charoses, symbolizes our bitter slavery. The Marror represents our plight, and the Charoses represents the mortar, which at the end we were forced to make ourselves after Moshe went and spoke to Pharaoh. 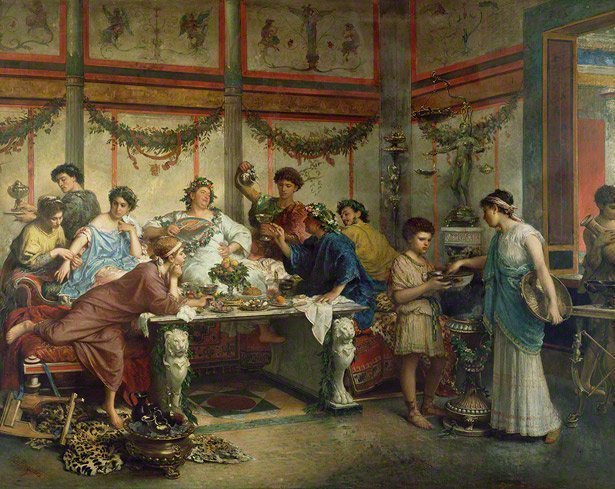 4. On all other nights we eat sitting or reclining, and on this night we only recline.

This shows royalty. However, it should be noted that this is a purely Greek/Roman custom. The Traklin, or triclinia (tri-recliners, get it?), was a three-seat table where nobility in those days reclined when they ate and drank. The fourth spot was left open for servants to have a space to serve them. Servants on the other hand ate on sturdy chairs because they knew that they could easily be called at any moment to serve their masters, thus they didn’t have the luxury to recline or have peace of mind. By us reclining we emphasize that we serve no one but Hashem. 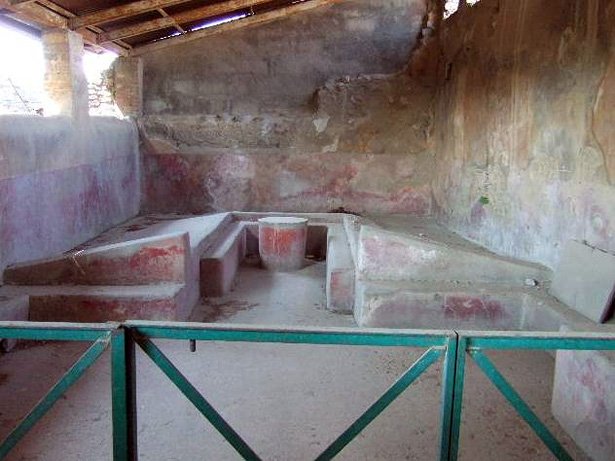