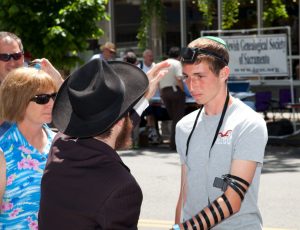 This is old news already, but still takes the cake. Lisa Kudrow’s son was Bar-Mitzvahed in an impromptu manner by Chabad. This “drive-by” manner without letting friends and family know ahead of time sparked a lot of surprise by Conan Obrien when notified, among many other people.

I think that, messianic politics aside, what Chabad does to get as many Jews as possible to do Torah and Mitzvos is just admirable.

Watch the two and a half minute video. It’s well worth it!