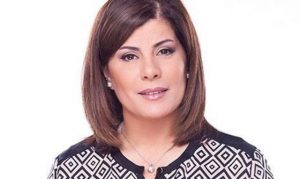 The Arab world officially rallies around Hamas against Israel, on any issue.

Muslim countries in conflict, such as Saudi Arabia and Iran, as well as other Muslim countries came together last week at the U.N., in attempt to have Israel condemned for the so-called aggression in Gaza.

However, in wake of the ever evolving geopolitical reality in the Middle East, this seems to be only lip service, and the Arab World is actually interested in the IDF seriously hindering Hamas’ terror activities.

They see the atrocities and massacres committed by Islamists on a daily basis in Iraq and Syria, and are beginning to ask themselves if they serve the interests of the Arabs and Muslims. A growing number of Arabs and Muslims, are fed up with the Islamist terrorists who are imposing a reign of terror and intimidation in the Arab world.

Senior journalist Khaled Abu-Toameh, writing for Gatestone, reported that over the past week, there are voices coming out of Egypt and some Arab countries that publicly support the Israeli military operation against Hamas in the Gaza Strip.

Isolated and under attack, Hamas now realizes that it has lost the sympathy of many Egyptians and Arabs. Egypt’s Prime Minister announced this morning that Israel is insistent on continuing what he defined as aggression, and is waiting for Israel’s willingness for a cease fire.

However, President Abdel Fattah Sisi has thus far turned down appeals from Palestinians and other Arabs to work toward achieving a new ceasefire between Israel and Hamas.

Palestinian Authority President Mahmoud Abbas called Sisi and urged him to intervene to achieve an “immediate ceasefire” between Israel and Hamas. Abbas later admitted that his appeal to Sisi and other Arab leaders, had fallen on deaf ears.

Sisi’s decision not to intervene in the current crisis did not come as a surprise. In fact, Sisi and many Egyptians seem to be delighted that Hamas is being badly hurt.

Some Egyptians are even openly expressing hope that Israel will completely destroy Hamas, which they regard as the “armed branch of the Muslim Brotherhood terrorist organization.”

“Thank you Netanyahu and may God give us more people like you to destroy Hamas!” Wrote Azza Sami, who works at the Egyptian newspaper Al-Ahram.

Egypt has not forgiven Hamas for its alliance with the Muslim Brotherhood, and its involvement in terrorist attacks against Egyptian civilians and soldiers over the past year.

The Egyptians today understand that Hamas and other radical Islamist groups pose a serious threat to their national security. That is why the Egyptian authorities have over the past year, been taking tough security measures not only against Hamas, but also the entire population of the Gaza Strip.

These measures include the destruction of dozens of smuggling tunnels along the border between the Gaza Strip and Egypt, and the designation of Hamas as a terrorist organization.

Sisi and other Arab leaders are now sitting on the fence and hoping that this time, Israel will complete the job and get rid of Hamas once and for all. Palestinian Authority officials in Ramallah are certainly not going to shed a tear if Hamas is crushed and removed from power in the Gaza Strip, writes Abu-Toameh.

The reaction of some Egyptians to the Israeli military operation has shocked Hamas and other Palestinians. As one Hamas spokesman noted: “It’s disgraceful to see that some Egyptians are publicly supporting the Israeli aggression on the Gaza Strip while Westerners are expressing solidarity with the Palestinians and condemning Israel.”

Addressing the Palestinians in the Gaza Strip, Egyptian actor Amr Mustafa said that they should not expect any help from the Egyptians.

“You must get rid of Hamas and we will help you,” he said. He also called on Hamas to stop meddling in the internal affairs of Arab countries. “Pull your men out of Egypt, Syria and Libya,” Mustafa demanded. “In Egypt, we are fighting poverty that was caused by wars. We have enough of our own problems. Don’t expect the Egyptians to give more than what they have already given. We’ve had enough of what you did to our country.”

In response to Egyptian Defense Minister Sedki Sobhi’s decision to dispatch 500 tons of food and medical aid to the Palestinians in the Gaza Strip, the Egyptian newspaper El-Bashayer remarked: “The standard of living for a Gazan citizen is much higher than that of an Egyptian citizen. The poor in Egypt are more in need than the poor in the Gaza Strip. Let Qatar spend as much as it wants on the Gaza Strip. We should not send anything that Egyptians are in need of.”

Famous Egyptian TV presenter and journalist Amr Adeeb has been told by many Egyptians to “shut up” after his criticism of Sisi’s “silence” toward the war in the Gaza Strip. One Egyptian reminded Adeeb that “Hamas is responsible for the killing of Egyptian soldiers.”

Egyptian ex-general Hamdi Bakhit was quoted as expressing hope that Israel would re-occupy the Gaza Strip. “This would be better than the Hamas rule,” he said.

Egyptian TV presenter Amany al-Khayat launched a scathing attack on Hamas. She pointed out that Hamas agreed to the reconciliation pact with Fatah only in order to get salaries for its employees in the Gaza Strip.

Al-Khayat said that Hamas was seeking to depict itself as a victim of an Israeli attack only in order to get the Egyptian authorities to reopen the Rafah border crossing with the Gaza Strip. “They just want us to open the Rafah border crossing,” she said on her show. “Hamas is prepared to make all the residents of the Gaza Strip pay a heavy price in order to rid itself of its crisis. We must not forget that Hamas is the armed branch of the Muslim Brotherhood terrorist movement.”

Isolated and under attack, Hamas now realizes that it has lost the sympathy of many Egyptians and Arabs, said Abu-Toameh. Some Hamas leaders are now talking about the “betrayal” and “collusion” of their Arab brethren, especially Egypt.

Hamas is paying a heavy price for meddling in the internal affairs of Egypt and some other Arab countries. The Palestinians living under Hamas in the Gaza Strip, are paying a heavier price, largely due to their failure to rise up against the Islamist movement and demand the right to live better lives, concluded Abu-Toameh.

i24 News anchor Lucy Aharish, an Israeli Arab, lashed out against a Gazan journalist who was a guest on her show last week, telling him that Hamas were to blame for the crisis in Gaza.

The journalist, Alaa al-Mashehrwi, was asked about the current situation in Gaza. He began lamenting about the reality there, accusing Israel of war crimes, of occupying Gaza and of generating a humanitarian crisis, which he defined as “very bad, very strong and very dangerous.”

Lucy Aharish did not sit silent and allow the lies to be aired, and cut him off, saying that Hamas leaders use civilians as human shields, hide weapons caches and launchers in civilians homes, and therefore they are responsible for the civilian casualties.

She called on al-Mashehrwi to go out together with other journalists and civilians, face Hamas and the Islamic Jihad, and demonstrate against their use of the civilian population. She urged them to demand from Hamas that they stop firing into Israel.