He wasn’t saying that he doesn’t support a two-state solution. He was saying that it’s impossible

At his Friday press conference, the prime minister ruled out full Palestinian sovereignty, derided the US approach to Israeli security, and set out his Middle East overview with unprecedented candor. His remarks were not widely reported; they should be 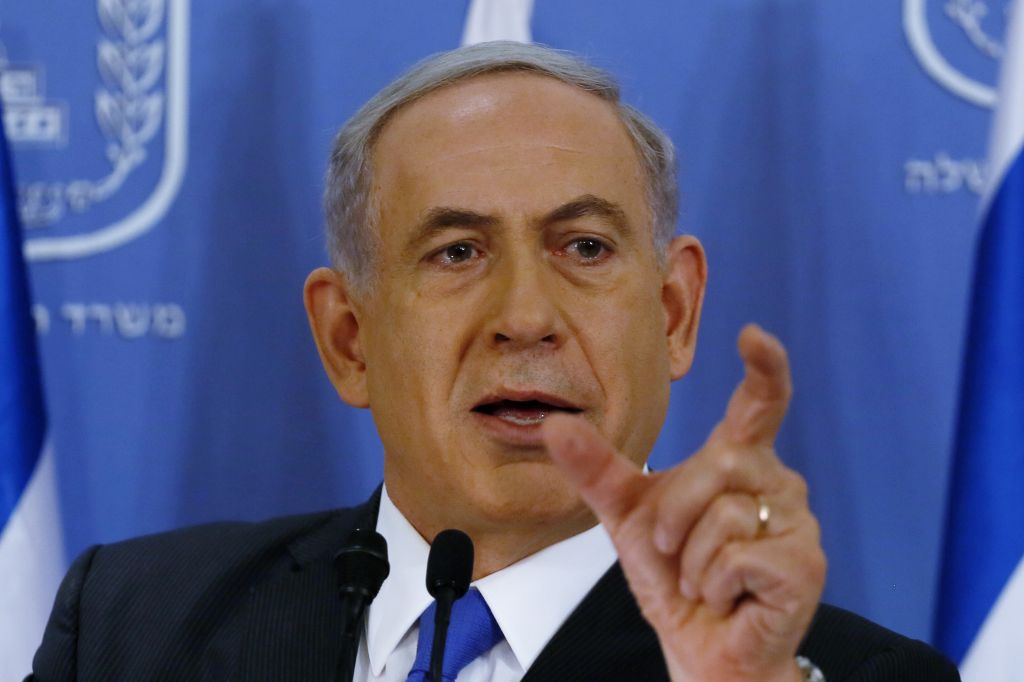 Does Prime Minister Benjamin Netanyahu really support a two-state solution, or is his rhetoric to this effect disingenuous? Did he genuinely seek an accommodation with the Palestinians during the nine months of US-brokered negotiations that collapsed in April, or was he just stringing the Americans and the Palestinians along, while his heart is truly with the settlement enterprise

These are fundamental questions — questions you’d think Israelis and the watching world would long since have been able to answer, especially given that Netanyahu is Israel’s second-longest serving prime minister ever. In fact, though, while many pundits claim to have definitive answers, most Israelis would acknowledge that they’ve never been entirely sure how Netanyahu sees a potential resolution of the Palestinian conflict, which concessions he’s truly ready to make, what his long-term vision looks like.

But now we know.

The uncertainties were swept aside on Friday afternoon, when the prime minister, for the first time in ages, gave a press conference on Day Four of Operation Protective Edge.

Netanyahu began his appearance, typically, by reading some prepared remarks. But then, most atypically, he took a series of questions. And while he initially stuck to responses tied to the war against Hamas, its goals, and the terms under which it might be halted, he then moved — unasked — into territory he does not usually chart in public, and certainly not with such candor.

For some, his overall outlook will seem bleak and depressing; for others, savvy and pragmatic. One thing’s for sure: Nobody will ever be able to claim in the future that he didn’t tell us what he really thinks.

He made explicitly clear that he could never, ever, countenance a fully sovereign Palestinian state in the West Bank. He indicated that he sees Israel standing almost alone on the frontlines against vicious Islamic radicalism, while the rest of the as-yet free world does its best not to notice the march of extremism. And he more than intimated that he considers the current American, John Kerry-led diplomatic team to be, let’s be polite, naive.

Perhaps most reporters switched off after he’d delivered his headlines, making plain that “no international pressure will prevent us from acting with all force against a terrorist organization (Hamas) that seeks to destroy us,” and that Operation Protective Edge would go on until guaranteed calm was restored to Israel. If they did, they shouldn’t have.

Netanyahu has stressed often in the past that he doesn’t want Israel to become a binational state — implying that he favors some kind of accommodation with and separation from the Palestinians. But on Friday he made explicit that this could not extend to full Palestinian sovereignty. Why? Because, given the march of Islamic extremism across the Middle East, he said, Israel simply cannot afford to give up control over the territory immediately to its east, including the eastern border — that is, the border between Israel and Jordan, and the West Bank and Jordan.

The priority right now, Netanyahu stressed, was to “take care of Hamas.” But the wider lesson of the current escalation was that Israel had to ensure that “we don’t get another Gaza in Judea and Samaria.” Amid the current conflict, he elaborated, “I think the Israeli people understand now what I always say: that there cannot be a situation, under any agreement, in which we relinquish security control of the territory west of the River Jordan.”

Earlier this spring, Defense Minister Moshe Ya’alon sparked a storm in Israel-US ties when he told a private gathering that the US-Kerry-Allen security proposals weren’t worth the paper they were written on. Netanyahu on Friday said the same, and more, in public

Not relinquishing security control west of the Jordan, it should be emphasized, means not giving a Palestinian entity full sovereignty there. It means not acceding to Mahmoud Abbas’s demands, to Barack Obama’s demands, to the international community’s demands. This is not merely demanding a demilitarized Palestine; it is insisting upon ongoing Israeli security oversight inside and at the borders of the West Bank. That sentence, quite simply, spells the end to the notion of Netanyahu consenting to the establishment of a Palestinian state. A less-than-sovereign entity? Maybe, though this will never satisfy the Palestinians or the international community. A fully sovereign Palestine? Out of the question.

Naming both US Secretary of State John Kerry and his security adviser Gen. John Allen — who was charged by the secretary to draw up security proposals that the US argued could enable Israel to withdraw from most of the West Bank, including the Jordan Valley — Netanyahu hammered home the point: Never mind what the naive outsiders recommend, “I told John Kerry and General Allen, the Americans’ expert, ‘We live here, I live here, I know what we need to ensure the security of Israel’s people.'”

Earlier this spring, Defense Minister Moshe Ya’alon sparked a storm in Israel-US ties when he told a private gathering that the US-Kerry-Allen security proposals weren’t worth the paper they were written on. Netanyahu on Friday said the same, and more, in public.

Netanyahu didn’t say he was ruling out all territorial compromise, but he did go to some lengths to highlight the danger of relinquishing what he called “adjacent territory.” He scoffed at those many experts who have argued that holding onto territory for security purposes is less critical in the modern technological era, and argued by contrast that the closer your enemies are, physically, to your borders, the more they’ll try to tunnel under those borders and fire rockets over them.

It had been a mistake for Israel to withdraw from Gaza, he added — reminding us that he’d opposed the 2005 disengagement — because Hamas had since established a terrorist bunker in the Strip. And what Hamas had been doing in Gaza — tunneling into and rocketing at the enemy — would be replicated in the West Bank were Israel so foolish as to give the Islamists the opportunity.

“If we were to pull out of Judea and Samaria, like they tell us to,” he said bitterly — leaving it to us to fill in who the many and various foolish “theys” are — “there’d be a possibility of thousands of tunnels” being dug by terrorists to attack Israel, he said. There were 1,200 tunnels dug in the 14-kilometer border strip between Egypt and Gaza alone, he almost wailed, which Egypt had sealed. “At present we have a problem with the territory called Gaza,” the prime minister said. But the West Bank is 20 times the size of Gaza. Israel, he said flatly, was not prepared “to create another 20 Gazas” in the West Bank.

Beyond Israel’s direct current confrontation with Hamas, and the eternal Palestinian conflict, Netanyahu also addressed the rise of Islamic extremism across the Middle East — covering the incapacity of affected states to resist it, and Israel’s unique determination and capacity to stand firm. He said Israel finds itself in a region “that is being seized by Islamic extremism. It is bringing down countries, many countries. It is knocking on our door, in the north and south.”

But while other states were collapsing, said Netanyahu, Israel was not — because of the strength of its leadership, its army and its people. “We will defend ourselves on every front, defensively and offensively,” he vowed.

And in a passage that was primarily directed at Israel’s Islamist enemies, but might equally be internalized by those he plainly regards as Israel’s muddle-headed self-styled friends, he added: “Nobody should mess with us.”