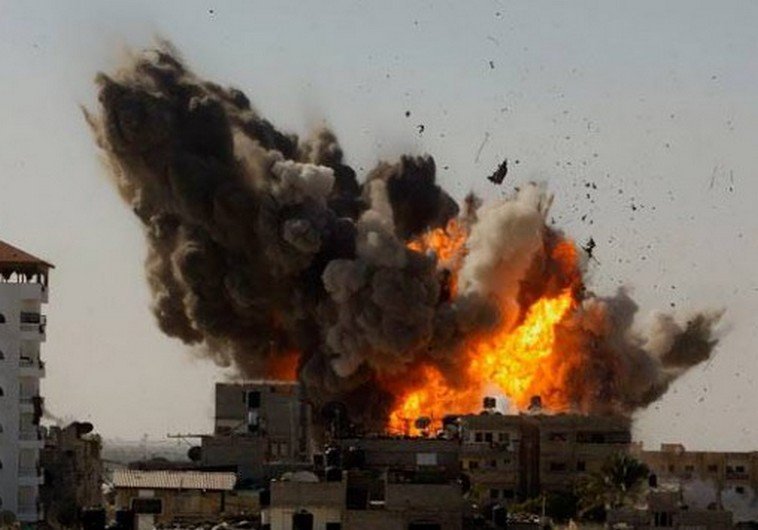 After Hamas rejected an Egyptian-initiated ceasefire proposal and continued to rain rockets throughout Israel on Tuesday, the IAF carried out a devastating series of airstrikes on thirty targets throughout the Gaza Strip on Tuesday evening.

The targets included 20 underground rocket launchers which included medium-range launchers, tunnels, a facility for storing weapons, and an operations base used by senior Islamic Jihad members.

In addition, the IDF struck a terrorist in northern Gaza who was in the last stage of preparing a rocket attack on Israel, the military said.

Speaking earlier on Tuesday about the IDF’s move to resume the fight against terror organizations in Gaza, OC Southern Command Maj.-Gen. Sami Turgeman said, “The cabinet took a decision to hold [our] fire. In light of the continuation of rocket fire by Hamas and other terror organizations, we are working as we have done in recent days – with force and against the components of Hamas’s operational infrastructure.”

“Hamas launched this operation and brought significant damage on all of its operational infrastructures,” Turgeman added. During the operation, Hamas failed to surprise Israel from the air, land, or sea, he stated.

“Hamas’s flagship project – the attack tunnels – has been exposed, and we succeeded in disrupting its will and ability to carry out an underground attack,” Turgeman added.

“We have not activated all of our capabilities. We have additional capabilities and plans. If we are required to activate them, we will do so with full force,” he vowed. “Our job as the military is to supply to the government and general staff all of the operations that can and should be taken. The Southern Command, along with other bodies, built these plans and capabilities,” he said.

A ground offensive is one of a set of plans, Turgeman said, adding, “I don’t think it’s right to declare what we are about to do. We will continue to follow what is happening on the ground, and we will activate plans in accordance with decisions by the government and general staff.