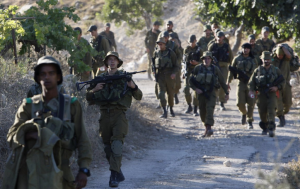 Israel’s air war in Gaza has now killed more than 100 people. Around the world, there’s concern and anger. These concerns are appropriate—war is horrible, and any number of deaths should trouble us. But given that this war is happening, let’s focus on the narrower question of how to minimize civilian deaths, now and in future conflicts. How bad is this war compared to others? Are Israel’s attacks indiscriminate?

First, it’s important not to get consumed by whether you love or hate Israel. There will be other wars in other places. We need to build rules that apply everywhere. Second, we don’t need to debate the conduct of Hamas. Hamas rejects the whole idea that it’s wrong to target civilians. So behaving better than Hamas isn’t a standard worth talking about. Let’s focus instead on what Israel is doing.

1. The casualty rate. Total deaths in Gaza now exceed 100. Every account except Israel’s says most are civilians. That’s a bad ratio, but it’s skewed by the low number of Hamas military deaths, which can be traced to two factors: Most Hamas officers are lying low (literally—many are underground), and Israel has mostly targeted assets such as rocket launchers, not people. The better measure of Israel’s moral performance, then, is the number of civilian deaths. The latest tallies range from 58to 75, though the numbers will be higher by the time you read this.

How does that compare to other conflicts? Wars differ in nature (ground vs. air, for example), pace, and duration. So let’s look at air wars and compare the civilian death rates per strike. So far in Gaza, Israel has hit approximately 1,100 sites. Using the high-end casualty count, that’s an average of one civilian death for every 14 to 15 sites struck. In the 1999 Kosovo air war, Human Rights Watch found that NATO had killed approximately 500 civilians in attacks on more than 900 targets. That’s more than one death for every two targets hit. In the invasion of Iraq, HRW cited a low-end estimate of about 3,500 civilian deaths but attributed most of these to ground combat. There seems to be no separate count for the bombing campaign. In Libya, according to the U.N. Human Rights Council, NATO killed only 72 civilians in 3,327 strike sorties. That’s three times better than Israel’s performance. Because of population density, you’re less likely to hit civilians in Libya than in Gaza. But in areview of the Libya campaign, HRW also credited “the care NATO took in minimizing civilian harm.”

2. Israel’s practices. On the whole, the worst incidents in Gaza have resulted from strikes on houses. In traditional rules of war, houses are off limits. Israel’sstated rationale for hitting houses in Gaza is that “Hamas was running the operations of their units out of these homes. Some had weapons storage caches in them.” But residents have already asserted that in some cases there was no such basis. Israel hasn’t clarified whether it thinks these houses were valid targets or whether it hit them by accident.

The “terrorists work from home” rationale raises ugly problems for the rules of war. Israel’s warning procedures, however, could become a model. In the Kosovo war, HRW says NATO failed to issue warnings that might have spared civilians. In Iraq, HRW’s report doesn’t mention any warnings during the air campaign. In Libya, the U.N. report says NATO touted its “leaflets and radio broadcasts,” which told civilians how “to avoid areas likely to be struck.” But leafleting is unreliable, and radio announcements about “areas” are, by nature, vague.

Israel claims to be doing something much better. Here’s how the IDF’s spokesman describes it:

We phone up our enemies and tell them that we are going to blow up the building, we throw non-explosive munitions, and that is a sign they are supposed to vacate the building. Only once we have seen them vacate the building—and we are talking about [hitting] command and control places and not the terrorists themselves—then we hit.

In other accounts, Israeli briefers have said that they also send text messages and that the final warning shot, known as a “knock on the roof,” can be a mortar strike that hits just hard enough to scare everyone out. “According to the procedure,” says Ynet, an Israeli news site, “it is only after the IDF makes sure residents have evacuated the premises that the missile that could destroy the house is launched.”

In the history of warfare, this kind of systematic warning—direct, specific, double-layered—is unprecedented. It lets the enemy military officer escape in order to avoid killing his family. But how strictly is the IDF adhering to this policy?

In some cases, there’s video evidence of targets being warned or knocked. In other cases, Gazans have confirmed that they received calls or warning flares.

But the IDF’s performance seems inconsistent. In one incident, residents say that there was no phone call and that the strike, which killed six people, came only four minutes after the knock. In another case, a video shows just one minute between the knock and the strike. In two of the worst mass-death incidents, one in Khan Yunis and the other in Rafah, residents say there were no warnings.
Israel has also killed civilians at sites where no Hamas link has been established. The worst was a nine-fatality strike on a café where people were watching the World Cup. Another was a four-fatality strike on a house in al-Meghazi. Another strike killed the driver of a news agency vehicle which, according to the Palestinian news site Ma’an, was clearly marked “TV.” The IDF says it’s investigating these cases.

3. Human shields. Israel says Hamas has inflated the civilian death count by telling Gazans to ignore strike warnings and stand in harm’s way. It’s true that some Gazans have done this. There’s photographic evidence of people going on to the roof of a targeted building after a warning. And in the worst mass-fatality incident of the campaign’s first 48 hours, witnesses say that after residents had been warned and had left the house—thereby making the IDF think it was empty—neighbors and some family members went back in to “form a human shield.” By then, the IDF couldn’t stop the missile.

It’s not clear how often this has happened or what role Hamas has played. Israel cites a TV interview in which a Hamas spokesman praised the courage of human shields. It also points to a statement from Gaza’s interior ministry, which urged Gazans not to “pay attention” to Israel’s “communications on the phones of citizens.” But praise isn’t an order, and the ministry statement may have been referring to a mass robo-calling campaign in which Israel told Gazans to leave their homes in preparation for a ground..

← Soon in Gaza? IDF Paratroopers Train Urban Warfare
Let Me Introduce Myself, My Name Is Israel →