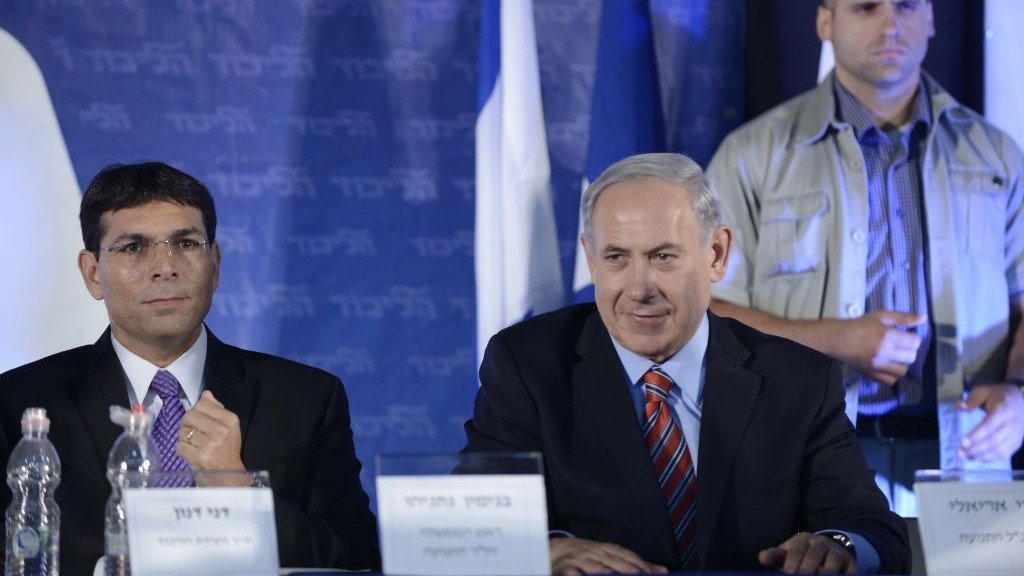 “While the government of Israel and the IDF are in the throes of a military campaign against terror groups, and are taking determined steps to defend the security of Israel’s citizens, it is inconceivable that a deputy defense minister should sharply attack the heads of the state who are leading the fight,” Netanyahu said in a letter Wednesday to cabinet ministers.

Danon has criticized the government’s restraint in its conduct of the Gaza operation over the past week — especially its refusal to launch a costly ground incursion into the Gaza Strip. He is part of a chorus of voices in the government, led by Foreign Minister Avigdor Liberman, calling for a stronger response to rocket fire from Gaza than the air campaign Netanyahu has conducted thus far.

Earlier Wednesday, Danon released a statement to the press angrily chastising the cabinet for its acceptance on Tuesday morning of an Egyptian-proposed ceasefire with Hamas. That offer was rejected by Hamas, and fighting has resumed.

“Hamas is once again setting conditions for us,” Danon said on Wednesday afternoon while visiting reserve soldiers stationed outside Gaza.

“We must not be humiliated. We must correct the mistake of the cabinet decision from this morning [to accept the ceasefire] and allow the army to do what it must” — a reference to a ground incursion intended to decimate Hamas. “The campaign continues, and with Hamas we must speak in a language it understands.”

In his letter to the cabinet, Netanyahu charged that Danon’s statements against the decision of the security cabinet “reflect a comprehensive irresponsibility, especially considering the post he holds. They have even served the terror group Hamas as a tool to bash the government of Israel, as we see in Hamas’s own media networks. In light of these statements, which express a lack of faith in the government and in the person standing at its head on a personal level, one would expect the deputy defense minister to take responsibility and resign.

“Since he has not done so of his own volition, I have decided to remove him from his position, pursuant to the authority granted to me by Article 26(3) of the Basic Law: The Government.”

Netanyahu’s letter was published at 8:35 p.m. local time. By 8:36, Danon had already released a prepared press release in response — suggesting the move was not unexpected by either party.

In his statement, Danon railed fiercely against the prime minister.

“The prime minister doesn’t accept that there are other views in his party. Netanyahu has already ingratiated himself to Abu Mazen [PA President Mahmoud Abbas] by releasing 78 terrorists just so he could sit at the negotiating table, didn’t respond to the murder of the three youths Gil-ad Shaar, Naftali Fraenkel and Eyal Yifrach, and this morning agreed to a ceasefire that was very bad for Israel,” Danon charged.

“What values will he surrender next time!?” the statement read. “I did not agree, and won’t agree, to this spirit of leftist feebleness by the prime minister, and I won’t sell out my ideology for an office and a driver.”

The spat is a low point in the tumultuous relationship between the two men. Danon, who represents a hawkish Likud young guard that has grown increasingly vocal and demanding in recent years, was recently elected chairman of the Likud Central Committee last year, and sought to pass new bylaws in the party that would dramatically weaken the post of the party chairman, Netanyahu. After a long fight in the party institutions, Netanyahu retained his control over the party institutions, but the tension between the two has not abated.