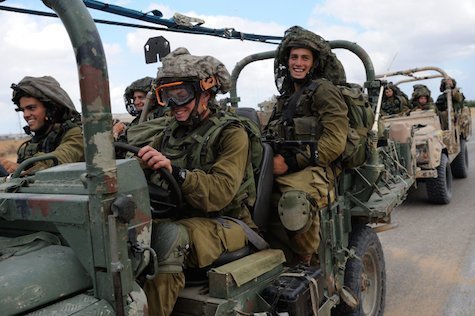 Despite tough battle conditions, the IDF is chalking up impressive gains during Operation Protective Edge, the Hebrew-language 0404 website said Sunday.

A senior combat commander told 0404 that many terrorists have been killed, many more have been hurt. He also said that IDF soldiers are continuing to push forward with the operation, often under fire.

“Am Yisrael shoudl be proud of these fighters,” said the officer. “We are fighting aggressively. Hamas is shooting off all kinds of statements, but they really are in very bad shape. We are hitting the terrorists very hard, many of them are simply running away. Most of the clashes take place because of the terrorists who didn’t manage to flee, or who are protected by steel positions provided by the organization.

“In the field we see the power of our combat soldiers. This includes all infantry units. Our motivations very high. They believe strongly in the goal (of this mission). I don’t know any other army that is so united around a particular goal. I am with the soldiers, and I am proud to fight alongside them,” the officer told 0404.