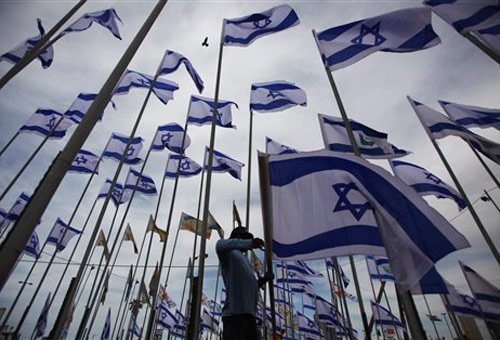 This is an email originally sent in Hebrew and translated by Lynda Schwartz.

Analysis of the Situation: The State of Israel was facing an existential threat for the first time since the War of Independence.
By their deaths, the three youths saved the State of Israel.

The dozens of tunnels that had been dug from Gaza to the southern cities of Israel were not tunnels for the purpose of terrorism – they were the infrastructure for the occupation of the Land of Israel. If we had not surprised ourselves with the severe response to the kidnap and murder of these boys (of blessed memory), Hamas, at a time that would suit them, would have sent thousands of soldiers through the tunnels to occupy cities and military posts; thousands of soldiers wearing the uniform of IDF soldiers, to kill, to conquer and to kidnap, and the IDF would have had no time to organize, and protect the nation. At the same time, Hamas would have fired off barrages of hundreds and thousands of missiles at the center of the country, paralyzing Israel’s organizational ability to defend itself against invasion. What were they waiting for? Maybe a rainy day? Or, most likely, the recovery of Hezbollah, in order to coordinate an integrated attack of missiles from the north. . . and possibly tunnels dug towards the northern cities too. . .

In Israel, in such a situation, there could be tens of thousands of deaths, the complete breakdown of national systems, and the need to build protection at the neighborhood and street levels. This, on the presumption that the Arabs of Judea & Samaria, and some Israeli Arabs, would not join in the fray. Of course, IAF counter-attacks would be futile when the enemy was well entrenched underground and laughing all the way to Jerusalem! The best case scenario – international forces would come in to disarm the country, take our nuclear capabilities, and the dream of the Jewish State would crumble for another thousand years.

We were saved thanks to two things they did not believe would happen, because we also did not believe it: we did not believe that the abduction of the three boys would unite the nation in such a way that it would lead to massive air assault, the return of political prisoners to jail, and preparation for a ground offensive into the wasps’ nest they had built. And we had not believed that the Iron Dome would work. In other words – all of us, those to the right and those to the left, had disdained the Islamic-psychopathic rhetoric calling for the conquest of Jerusalem, had ignored the determination of the psychopaths in Iraq and Syria, and did not want to comprehend that they had built a smart, strong and – in fact – quite an excellent military system with almost no flaws, which was capable of crushing the State of Israel. We had all seen how ten fighting men had exited a tunnel in just a few minutes. What would have prevented two hundred soldiers from exiting a tunnel on any given day, and many thousands altogether from all of the tunnels – including hundreds of commandos landing on the beaches at the same time, and missiles landing in the heart of the country? The truth is that if, now, there were not tens of thousands of Israeli troops in the south, nothing could have prevented the next step in realizing the Islamic dream – the destruction of the Zionist nation, and marching into Jerusalem.

Eyal, Naftali and Gilad – by dying, they saved our country, our freedom and our lives.
Danny Gold – who developed the Iron Dome – may you live a long and healthy life.

And to all of the soldiers – we love you and embrace you. Muster courage and be brave! All the Jewish people, the whole world – and most of all, many of the Arab countries and the sane Muslims – are praying for the craziness to be overcome. Yes, even Mahmoud Abbas (Abu Mazen). Thanks to those poor boys, we caught them with their pants down, when the timing and the conditions don’t suit them. Our State has survived and now is the time to settle accounts with the murderers, to the very last man.

And a word to citizens on the home front – when you hear the sirens, go into the shelter or your safe room and smile! When you hear the “boom” – laugh! These noises are the screams of frustration of the psychopaths in Gaza, whose ingenious plan to crush Israel was prematurely exposed. All of the damage that we are suffering now is nothing compared to what they had been planning.