Get a load of this:

From IDF’s Facebook page: “We fired a warning shot at this Hamas target in Khan Yunis, a city inside Gaza. In response, these civilians ran to the roof and brought their kids.” 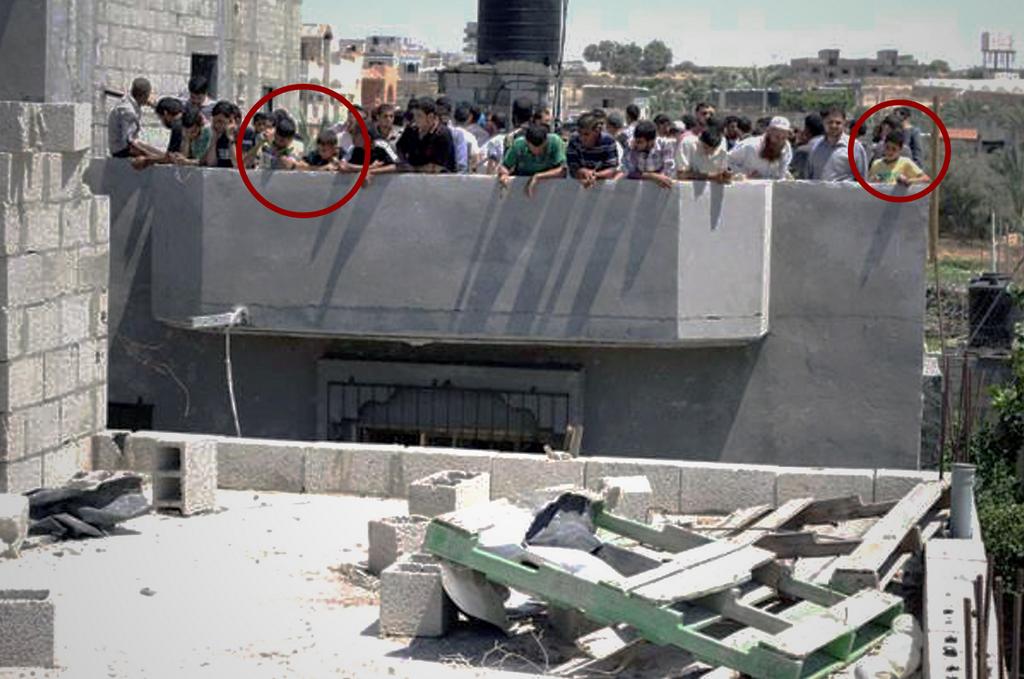 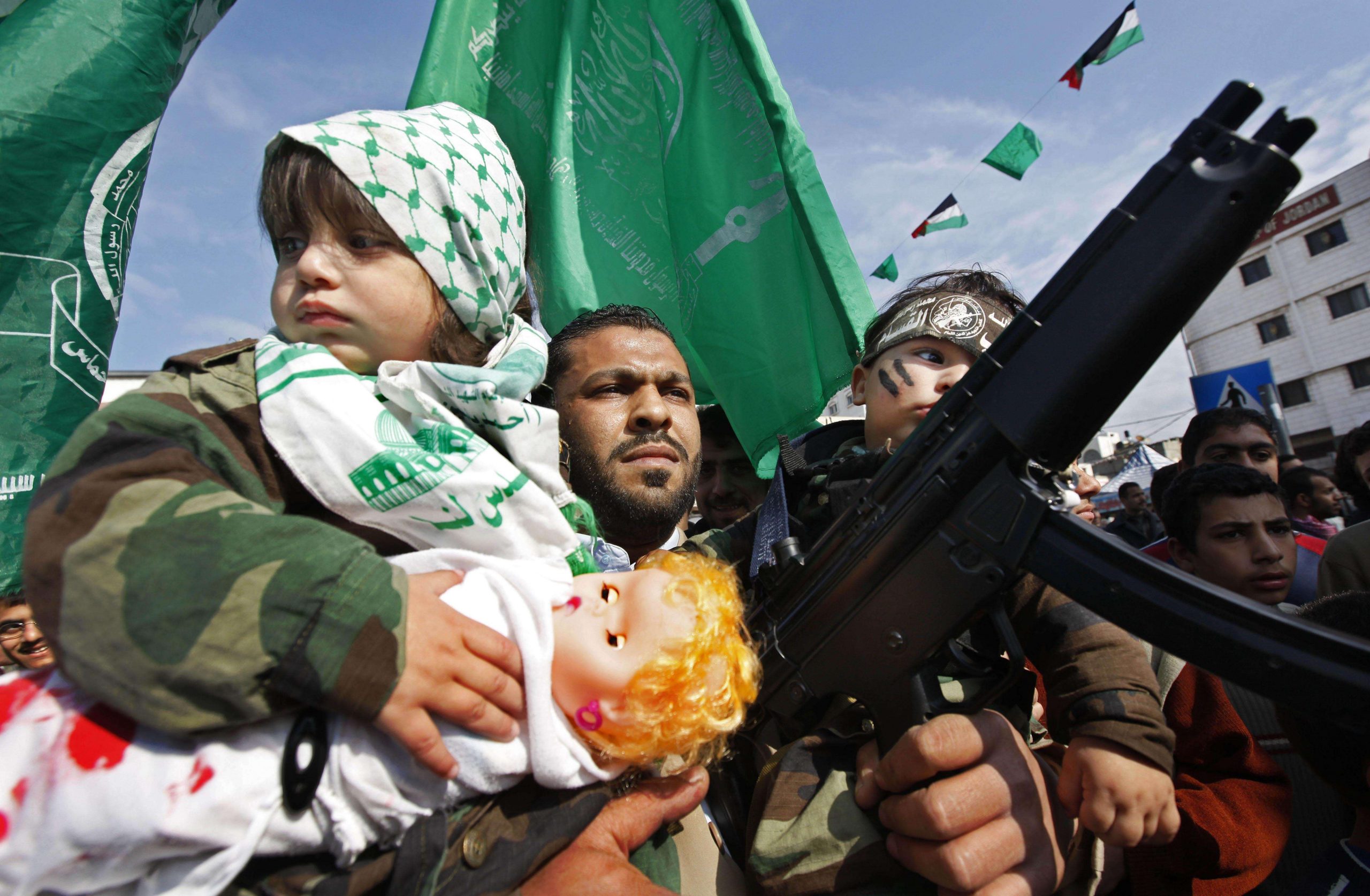 A Hamas militant and his two children participate in a rally in Palestine Square in Gaza City, in the northern Gaza strip, Tuesday, Jan. 20, 2009. U.N. chief Ban Ki-moon inspected the devastation wrought by Israel’s onslaught in Gaza on Tuesday, leading a moment of silence at the U.N. headquarters, as the territory’s militant Hamas rulers, triumphant at having survived, held victory rallies amid the ruins. (AP Photo/Ben Curtis)
Photo Courtesy: http://neoskosmos.com/news/en/Nicolas%20Mottas-Tel%20Aviv-peaceful-solution-Arab-Israeli-conflict 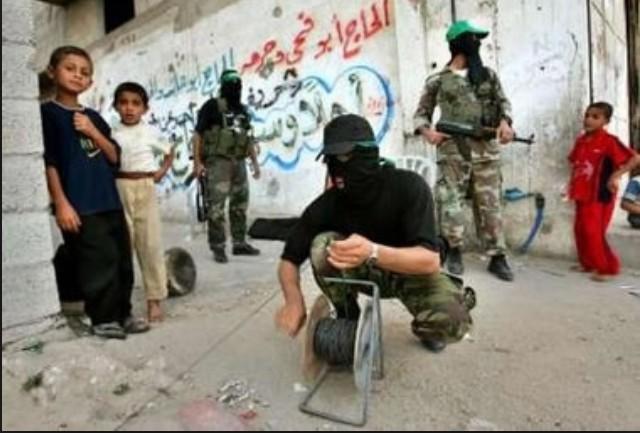 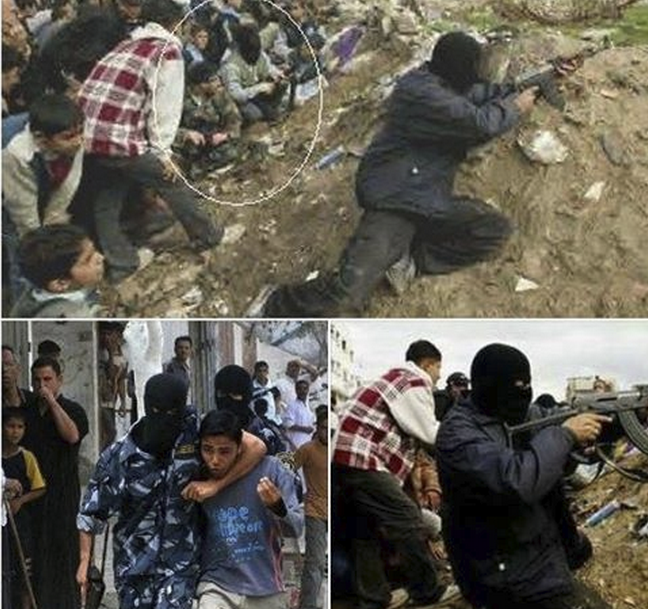