An Air Canada flight from Toronto circled above Tel Aviv International Airport after several rockets were fired at the airport Friday. It was Air Canada’s first flight to Israel after suspending flights to the country on Tuesday. 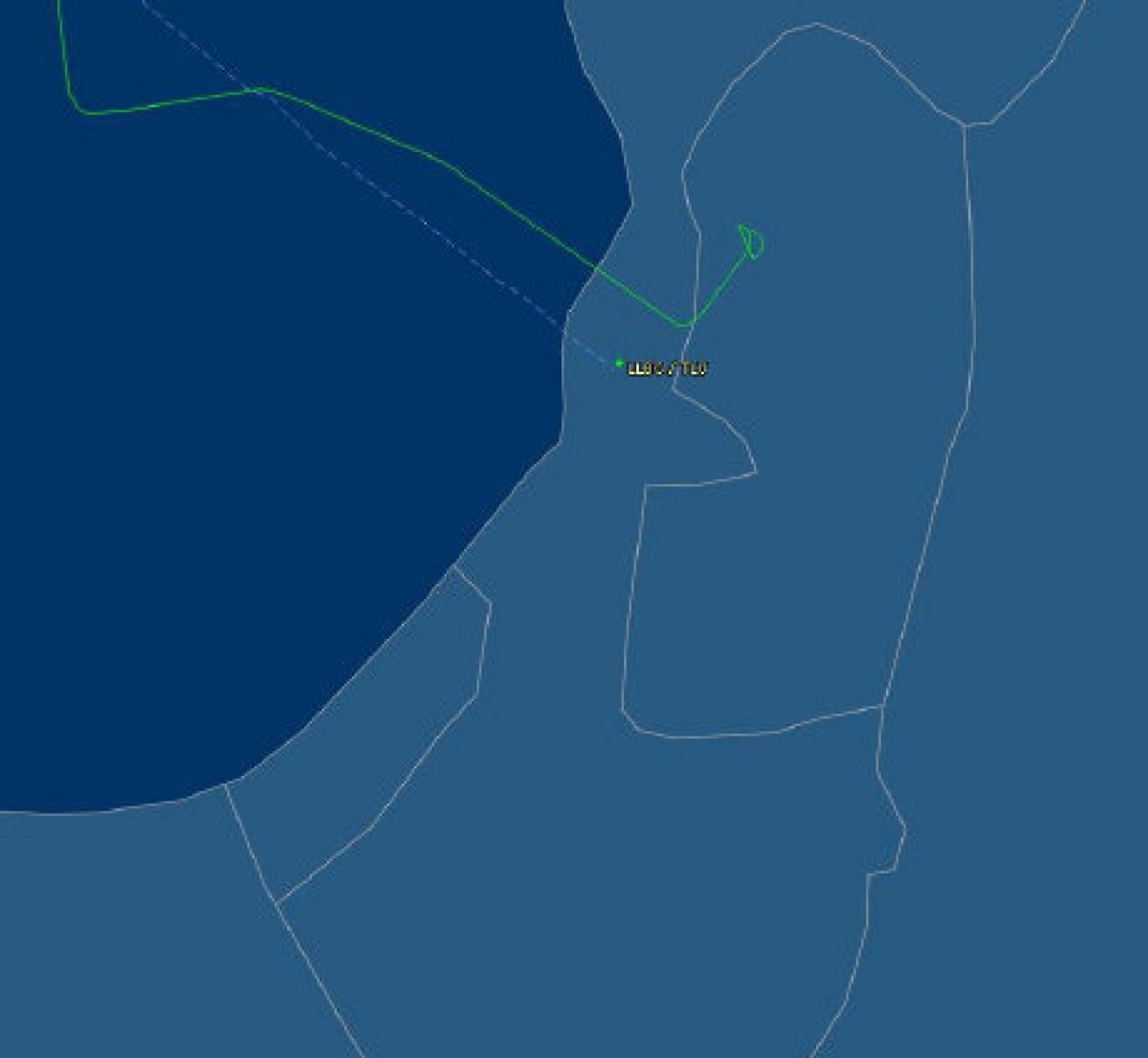 Air Canada flight 84 circled above the West Bank several times before it was able to land at Ben Gurion International Airport. The blue line indicates its intended flight path while the green line shows its acutal flight path.

An Air Canada flight from Toronto to Tel Aviv, Israel, was forced to circle above Ben Gurion International Airport after reports the airport was targeted by three rockets Friday.

Al-Qassam Brigades, Hamas’ military arm, confirmed via Twitter that it had fired three M75 missiles at the airport around 11:45 a.m. local time.

An Israeli military spokesperson confirmed to Al Jazeera that rockets were fired towards the airport from the Gaza Strip.

“Our flight AC84 originating from Toronto was advised by Israeli Air Traffic Control (ATC) to perform a standard go-around until airspace conditions could be confirmed as safe for landing,” Air Canada spokesperson Isabelle Arthur told the Star in an email.

“Our pilots altered course following ATC’s instructions and landed 10 minutes later safely, without incident, at 12:07 local. The safety of our passengers and crew is our first priority and we will continue to monitor developments very closely.”

It comes three days after Air Canada joined U.S. and European airlines in suspending flights to Israel after a rocket landed near Tel Aviv airport on Tuesday.

Germany’s two largest airlines have not yet resumed flights to Israel even though the European Aviation Safety Agency has lifted its recommendation that airlines avoid flying to Tel Aviv airport.