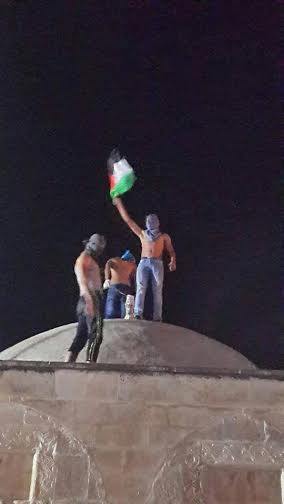 What transpired last night should shock and shake every single Jew to his very being.

1. Arabs rioted on the Temple Mount, which is not a new occurrence.

2. Arab mobs broke into a police station attached to the Temple Mount and looted and destroyed everything inside and stole police equipment.

3. Arabs raised the Flag of the PLO Terror organization (Palestinian Flag) atop of structures on the Temple Mount.

One could argue that last night Israel once and for all relinquished any semblance of Israeli-Jewish sovereignty left on the Temple Mount. This Tisha Ba’Av will certainly take on renewed meaning.

Please stay tuned for more information and for a special message for the 9 Days that I will release on Sunday night on the first of the month of Av.