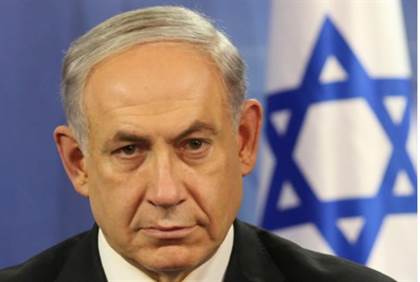 “As people around the world mark Eid al-Fitr, the end of the holy month of Ramadan and a time for overcoming differences, the Secretary-General calls on parties to build on the current calm,” Ban’s spokesman said earlier.

The suspension of fighting should be prolonged for an extra 24 hours to allow humanitarian efforts to continue, he said.

Ban “calls on the parties to renew a humanitarian pause in Gaza and reiterates his demand for a durable ceasefire that could set the ground for the start of comprehensive negotiations.”

Netanyahu made ​​it clear to the UN Secretary-General’ that “the president of the UN Security Council addresses the needs of a murderous terrorist organization attacking Israeli civilians, and does not address the needs of Israel’s security, including the demilitarization of the Gaza Strip according to the principle already established in the interim agreements with the Palestinians.”

The Prime Minister said the Security Council statement has made no reference to attacks on Israeli civilians, and the fact that Hamas has made the people of Gaza into human shields, “and uses the facilities of the UN” – namely, UNRWA-funded schools – “to attack Israeli citizens.”

Netanyahu emphasized to Ban Ki-Moon that “Israel accepted the UN’s proposals for a humanitarian cease-fire three times, and Hamas broke them all.”

“They continue to shoot even now at the citizens of Israel,” he added.

Each terror tunnel costs approximately $3 million USD, the IDF recently revealed – much of which is assumed to come from the truckloads of humanitarian aid which flows into the Hamas-controlled region.