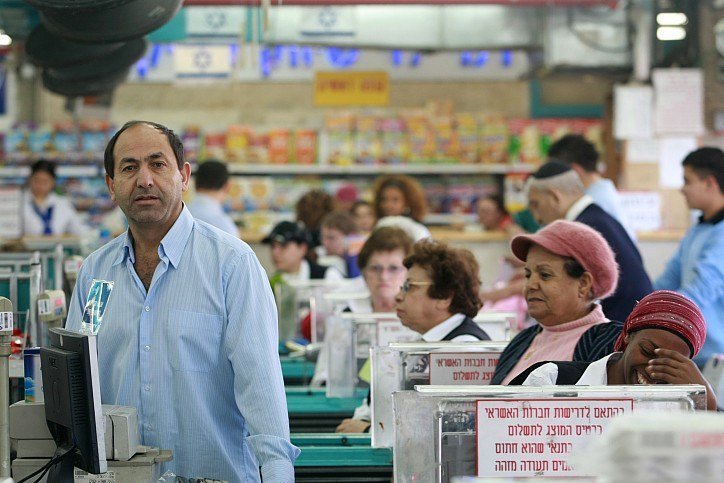 Rami Levy in one of his supermarkets. (Photo Credit: Kobi Gideon / FLASH90)

Without almost anyone noticing, supermarket magnate Rami Levy has been quietly unloading truckloads of food and basics at the homes of all the fallen soldiers since the beginning of Operation Protective Edge, according to Guy Meroz of Channel 10.

Rami Levy has a history of quietly supporting families of the fallen.

In 2011, Rami Levy took it upon himself to provide food and basics for the surviving children of the Fogel family of Itamar, until the youngest orphan becomes an adult. It only became public knowledge after Levy was spotted in the kitchen of the massacred Fogel family, personally stocking their fridge and cabinets.

Ramy Levy’s Shivuk HaShikma supermarket chain opened 30 years ago, and has 27 stores and approximately 5000 employees. It’s named after the street in Machane Yehuda, the Jerusalem Shuk, where he opened his first grocery store in a stall he got from his grandfather.