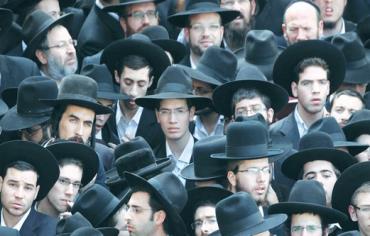 Haredi community concerned for the well-being of soldiers; “When the country needs to be defended then it is not appropriate for yeshiva students to go on holiday,” spokesman for Gur sect says.

The major hassidic groups in Israel are scheduled not to run the usual summer-vacation programs for students that usually take place between Tisha Be’av and the beginning of the Jewish month of Elul because of Operation Protective Edge, several hassidic spokesmen said on Tuesday.

The large Gur, Belz, Vizhnitz and Sanz hassidic groups, among others, are all expected to cancel the usual summer vacation activities for students, and maintain a substantial study program in yeshivas instead.

Tisha Be’av is the traditional end of the yeshiva summer semester, and many institutions arrange for holiday excursions, hikes and other activities for their students alongside a half-day study program.

According to a spokesman for Gur, the schedule for the three weeks between semesters this year will include the study of lighter texts alongside the usual curriculum of Talmud. While the study environment will be less formal than during the official semester, the same study hours as normal term-time will be observed, he said.

A spokesman for the Belz Hassidim told The Jerusalem Post the Belz Rebbe Rabbi Yissachar Dov Rokeach has said that yeshiva students should not go on vacations and hikes while the security situation is so severe and soldiers are engaged in war.

He emphasized the widespread belief in the haredi (ultra-Orthodox) world that the merit of Torah study provides spiritual and even physical protection for the Jewish people.

This claim is widely cited by the haredi public and leadership as a reason for not enlisting in the IDF, saying it would damage Israel’s spiritual protection.

A Gur spokesman said that the general feeling within the hassidic community is that such vacations are inappropriate under the current circumstances.

“You can’t say the whole time that those who study Torah provide protection and salvation for the Jewish people and then go on vacation,” he said. “When the country needs to be defended then it is not appropriate for yeshiva students to go on holiday.”

According to a leading figure within the non-hassidic haredi community, haredi yeshivas will also not follow through with the usual summer vacation plans, although whether or not students will remain in yeshiva has not yet been decided.

Also of note within the haredi community is the recent publication by the haredi Mishpacha newspaper of the pictures and short biographies of the soldiers who have been killed in Operation Protective Edge.

It is the first time that a haredi publication has adopted this practice, and one haredi commentator described it as a significant development within the community.

Eliezer Shulman, an editor for Mishpacha, told the Post that the haredi community is extremely concerned about the well-being of the soldiers, pointing to prayer initiatives for army forces and other programs that have been adopted by the haredi sector.

He said that the newspaper had received a lot of positive feedback for publishing the photos and details of the soldiers, and that people had commented that it helped them feel connected to those killed instead of relating to them as simply names on a radio broadcast.