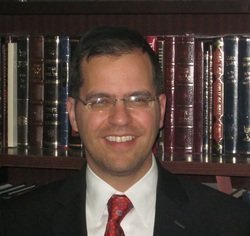 1. All Starbucks drinks are Kosher

Not True. People rationalize that all coffees are fine because of the washing process. Most Poskim say that plain coffee is fine, as well as flavoring . With fancier drinks like Frappuccinos and the like you need to ensure that all ingredients are Kosher. Obviously pastries and ham sandwiches are not kosher. There is a fantastic website called KosherStarbucks.com which has a list of every combination of the 35,000 types of coffee you can have.

Unfortunately a lot of people will go in and order whatever drink they want assuming it’s kosher. Not true.

2. People assume that their housekeepers are allowed to cook them dinner

If the housekeeper is Jewish she may cook you dinner. If she isn’t there is an Issur Miderabbanan. Maseches Avoda Zara: there’s an Issur of Bishul Akum. The Rishonim argue on whether or not it applies even to a Jewish home. We hold that even L’Chatchila and B’Dieved in a Jewish home it’s still a problem of Bishul Akum and should not be done.

Some people set up a situation where a 7 year old turns on the fire for the housekeeper so the housekeeper can cook. That is unwise to train the 7 year old to turn on fires and it may be halachically questionable, it’s an additional topic of discussion on whether or not a 7 year old has the Ne’emanus to say that he did turn on the fire. For Mi’Deoraisa we don’t rely, for MiDerabbanan probably yes, but still it’s at least something to consider before one sets up that kind of situation.

3. Glatt is required for everything and Beit Yosef is second-rate

People see terms like “Beit Yosef Shechita” and “Glatt.” There was a fruit store in the Five Towns that said that a fruit was “Glatt.” Unless it has legs and lungs that cannot be. Glatt means that there are no adhesions on the lungs. Meat can be kosher without being Glatt kosher, though the majority of certifying agencies in America generally do not give a Hashgacha to non-Glatt meat.

One of the recent complaints was when a Sepharadi customer came in and asked for Beit Yosef Shechita, and the proprietor says “Yeah yeah,” then told his Mashgiach and employees to tell any customer that all their meat is Beit Yosef, which wasn’t the case.

A woman went into a butcher shop in Monsey and asked the same thing, which the storeowner told her the same thing, that all their meat is Beit Yosef, don’t worry. She told her husband who went in and checked, finding that this wasn’t the case. He told his wife to never buy from there again, and it turned out later that that store was selling Treif chickens. It all starts with Beit Yosef and then spreads to other things.

4. Before Pesach people are careful that meat is Kosher L’Pesach and will pay extra

The truth is that all meat is Kosher for Pesach and you don’t need to pay extra, unless it’s pickled or spiced. Tip: right after Purim buy your meat for Pesach and then freeze it. That’s before they “mark up”/double the prices.

5. People believe that if you have a utensil that becomes Treif, you stick it in the ground, then take it out the next morning.

The idea of sticking something in the ground does come up when you have a cold knife that was used for something non-kosher. With heat we assume that the taam penetrates within the knife. If it’s cold we’re just worried about the fat of the food getting stuck to the knife and you need something rough to take it off, therefore, stabbing it into hard ground does the job in cleaning the knife. Nowadays we won’t use the ground, we’d use a Brillo pad, or the back of a sponge – something that’s hard and rough. However, that doesn’t work if your Keilim became Treifed up due to heat.

6. A Yiddish-sounding Hashgacha is better than a more mainstream one

A lot of times people find something with a Hashgacha of “Admor mi” something-or other and feel that it’s better than the OU, Chof-K or whatever, because it’s in Yiddish.

Truth is sometimes it is as additional Chumros are put into place that national Kashrus organizations don’t place emphasis on. Very often though, it’s not. Very often, a lot of the more heimishe ones rely on the larger Kashrus organizations. At a three-week OU Kashrus seminar he remembers them taking him to one of the Heimishe soda companies (Mayim Chaim? One of the Shalosh Seudos ones). The owner was a Chassidishe person and the guy from the OU told the owner, “Tell the chevra what you think of the OU.” The man replied “I hate the OU.” He asked why, and was replied that the Heimishe Hashgachas come in and say, “I know you’re a frum guy, I can trust you,” and doesn’t check up on them, looking for all the flavors etc.. The OU is always checking. Why does the Heimishe Hashgacha not check? Not because they’re dishonest, but because they know that the OU or some national organization is doing it, so why would they bother? A lot of times they just don’t have the manpower.

R’ Belsky once pointed out that one of the great things at working for a big organization is that when you give a Psak/policy you will have a hundred other Rabbis questioning that policy. Why this way, why that way? But when you are just a “one man show” you can be a good person, but are never challenged and it’s difficult for a person to be on top of everything. Also there needs to be a certain level of expertise in order to be able to do a proper Hashgacha, which often involves research such as what chemicals do what to certain food products and processing.

People think that they can rely on someone because he’s a nice guy, but a nice guy can also not know his own limits or doesn’t realize how many things can happen underneath his nose and he wouldn’t even notice it. That’s why it’s important to know someone who’s knowledgeable in this kind of stuff.

Oreo Cookies that have OU-D. Since the OU has a policy to not put a DE (Dairy Equipment) on any product, just put a D, so people think that Oreo cookies are really Parve. What people don’t realize that the reason that it’s DE is that there are some Oreos that are Dairy. So the chocolate stuffed, double stuffed, peanut butter stuffed, any non-typical Oreo is going to be dairy and that’s why the regular Oreo is assumed to be DE because once you have a D on the package, the company has every right to put milk in it. As these things can change at any moment it’s important to check the ingredients.

8. When you get new dishes you need to Tovel (ritually immerse) them

It’s not entirely a misconception as some Poskim hold of it. But clay dishes (Klei Cheres) don’t need a Tevila (ritual immersion). Because some have a smooth glass layer many hold it requires a Tevila and some don’t, so ask your LOCR (Local Orthodox [Competent] Rabbi). R’ Tendler holds very strongly that China dishes don’t require a Tevila. He used to say that always during Sheva Brachos the Chosson will take all the dishes they got as wedding gifts to the Mikveh to show off to his wife that he’s such an Am Ha’Artez that they shouldn’t pasul the Shidduch Me’Ikaro because the dishes don’t need Tevila.

9. You can use a Kli (utensil) one time before Toveling

There is no such Halacha, doesn’t exist anywhere. Where does it come from? Many Poskim hold that plasticware or items meant to be used only once don’t require it. Old fashioned mayonnaise, or a pickle jar, don’t require emptying out, Tevila, then replacing it, since it’s merely packaging. It’s not a Kli that you plan on using multiple times. That is certainly not true. A candy dish for example, that’s meant to be used more than once, needs to be emptied and then replaced.

Just because it has a Hashgacha doesn’t mean it needs one. What an organization will do is call up a Kashrus organization and ask for a Hashgacha. Typically the response is that they don’t need one. They reply that they still want it as customers believe that it’s a seal of quality and therefore we want it. The response then is, “okay if you want it we’ll give it.” Why not? It’s the easiest Hashgacha they’ll ever have to give. A Mashgiach goes there once a month and says “yeah, it’s still soap,” but it’s not something that requires a Hashgacha. Neither dishwashing soap since it’s inedible. Spring water, because it’s water, doesn’t require a Hashgacha. There have been stories, once about where water that was processed by equipment in Israel that was re-used to process oranges, but generally we don’t need to worry about those rare situations.

Those are the top 10 Kashrus misconceptions..

← AWESOME JEW: ‘Big Bang’ Star Mayim Bialik Helps Send Bulletproof Vests to the IDF
A Wonderful Comment about the Jews from a Most Unlikely Source →