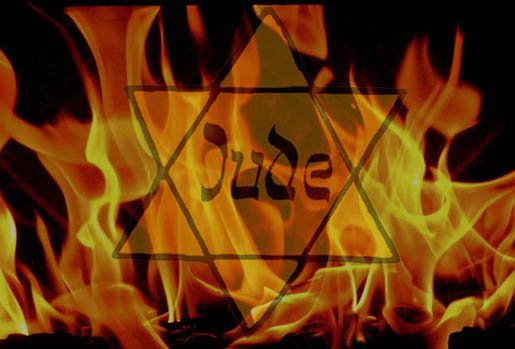 A 90 year old Jewish woman in Antwerp, Belgium, was in terrible pain Wednesday evening, July 30. The woman had fractured a rib, and she asked her American grandson, who was visiting, to call the local medical emergency hotline.

The grandson called the hotline, but when the physician who answered the call heard the American accent and the grandmother’s (Jewish) name,  he said: “I’m not coming,” and hung up.

When the grandson called again, the doctor was clearer: “Send her to Gaza for a few hours, then she’ll get rid of the pain.”

According to the Belgian news source which reported the incident,Joods Actuaeel (Jewish News), the doctor could tell immediately that Klein was Jewish because of her name and because her address is in a heavily-Jewish neighborhood.

We know the story is true  because Klein’s grandson called a friend who is a doctor, who called the medical hotline and the physician who answered admitted having hung up as well as having made the Gaza remark. The doctor explained his behavior by saying he had an “emotional reaction.” The call was tape recorded.

The grandson filed a complaint with the local police charging the hotline doctor with racism and xenophobia.

According to the report, the 90-year old woman burst into tears: “This reminds me of what we underwent in Europe 70 years ago, I never thought that day would ever be repeated,” she said.

The editor of the Belgian Jewish News recounted that there have been several shocking hate incidents directed against Belgian Jews since the Gaza-Israel war began. He provided several examples.

First, a clothing store in Antwerp refused to serve an Orthodox Jewish woman. A sign was hung in a cafe in Liege that said “dogs welcome, Jews are not,” and in Brussels, slogans like “death to Jews” were chanted at a “peace” demonstration.

Earlier this month, 120 doctors in Belgium called for a boycott of Israel, based, they claimed, on the “lack of humanitarian resources in Gaza.” In response, 200 pro-Israel Belgians signed a letter publicly criticizing the physicians’ boycott call. The letter pointed out the hypocrisy of tears for Gaza, while ignoring the much larger and longer humanitarian crisis in Syria. They also decried the physicians’ criticism only of Israel, while ignoring the years of rocket attacks aimed at Israeli civilians, and the use of United Nations schools and of hospitals to wage war against Israel.