An IDF soldier was kidnapped by Gaza terrorists, the IDF said Friday, with a senior official blaming Hamas for using the ceasefire to take the soldier hostage. Two other soldiers were killed in the incident.

It was cleared for publication that Givati Battalion Second Lieutenant Hadar Goldin (23) from Kfar Saba was missing and feared to have been abducted Friday morning during clashes in the Gaza Strip near Rafah.

According to an announcement by the IDF, at 9:30 am Friday, terrorists opened fire at IDF forces in southern Gaza. Initial information from the scene indicated that there is a chance that an IDF soldiers was kidnapped during the incident.

The event is still ongoing, the IDF said, and forces are working with military intelligence to find the soldier.

“(Israeli) forces operating to decommission an (infiltration) tunnel were attacked. Initial indications are that a soldier has been abducted by terrorists during the operation,” the spokesman, Lieutenant-Colonel Peter Lerner said in a conference call with journalists.

Hamas official Mousa Abu Marzook said Friday that Israel had officially informed the UN that an IDF soldier may be missing in the Gaza Strip in the area of Rafah. 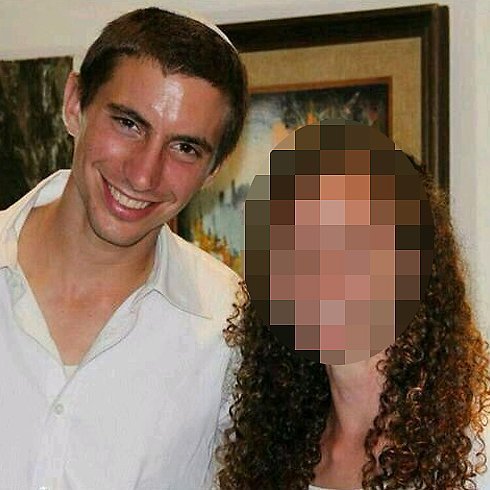 According to Abu Marzook, “The UN informed Egypt because they are the broker (of ceasefire efforts).”

Speaking with Ynet, a senior IDF source said that the possible kidnapping of an IDF soldier was carried out in a skirmish near a smuggling tunnel and was aided by a suicide bomber. According to him, a terrorists appeared while forces were searching for tunnels, one of them then blew himself up, during which time others kidnapped the solider. 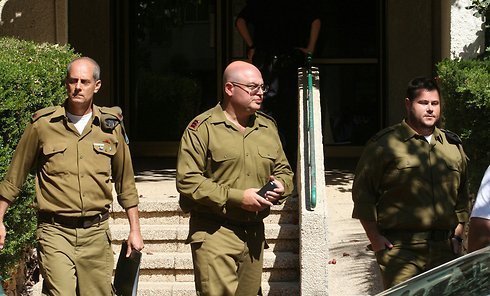 “I can confirm that at 9:30 Hamas broke the ceasefire and that there is a growing fear that a soldier has been kidnapped,” a senior IDF source told Ynet, adding the incident took place while forces were searching for tunnels, a right Israel maintained as part of the ceasefire agreement.

“His family has been informed and massive clashes are still underway. Numerous terrorists have been killed.”

The lull was seemingly first broken by terror factions in Gaza who fired a mortar at Israel at roughly 10 am Friday morning. The mortar, which was followed by another shortly after, failed to land in Israel, falling in Gaza territory. Meanwhile, massive clashes and fire were reported from Gaza which left at least 40 dead.

The IDF also said on Friday that a Gaza ceasefire that went into effect earlier on Friday is now over and military operations were in progress on the ground.

Asked during a media conference call if the ceasefire was over, Lieutenant-Colonel Peter Lerner, a military spokesman, said: “Yes. We are continuing our activities on the ground.”

His comments followed reports that 40 Palestinians had been killed by Israeli shelling and Israel had accused Gaza militants of violating the US- and UN-brokered truce by firing rockets and mortars.

An official in Prime Minister Benjamin Netanyahu’s office said Hamas and other armed groups in the Gaza Strip had “flagrantly violated the ceasefire”. But the official did say whether or not he was referring to the 10am mortar fire. It now seems the reason was the alleged kidnapping.

Tunnels have been at the heart of Israel’s Gaza offensive, and were one of the central stumbling blocks to a ceasefire, with Israel demanding forces remain in Gaza to take out the tunnel system which threatens Israel’s southern communities and army bases.

Under the ceasefire, troops on the ground in Gaza were to continue to destroy tunnels along the heavily guarded frontier, but only those that are behind Israeli defensive lines and lead into Israel.

The IDF claim that Hamas broke the ceasefire after attacking soldiers working on the tunnels, as stipulated by the agreement, while Hamas says the attack took place before the ceasefire came into place.

Though the ceasefire deal allows forces to remain on the ground it was far from certain Hamas accepted they would be allowed to use explosives to demolish the tunnels, thus explaining the mutual accusations regarding the breach in the ceasefire.

At least four short humanitarian cease-fires have been announced since the conflict began, but each has been broken within a few hours by renewed fighting. Friday’s temporary cease-fire was the longest to be announced thus far.

Finance Minister Yair Lapid said Thursday that Operation Protective Edge will continue until the last tunnel connecting Gaza to Israel will be destroyed.

Similar comments were made earlier by Prime Minister Netanyahu, who said “We have neutralized dozens of terror tunnels and we are committed to complete this mission, with or without a cease-fire.

As the extent of the tunnel warren and the lethal threat it poses became known, accusations were leveled against the government and military, which warned about the phenomenon years ago but apparently did not prepare adequate counter-measures.