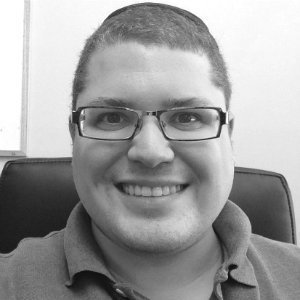 “To those who say that our City will never be the same, I say you are right. It will be better.” These were words voiced  by former New York City Mayor Rudy Giuliani right after the damnable events that occurred on Sept. 11, 2001, killing more than 3,000 people and forever changing the world as we knew it with regards to the global economy, airport security, and the never-ending “War on Terror” that resulted from the attacks.

Having lived in Brooklyn when the attacks occurred, I recall watching on T.V. replays of the attacks as well as the aftermath. I remember seeing members of Al Qaeda along with other Arabs dancing in the streets, chanting “Death to America!” These attacks posed a threat not only to the United States’ security, but in a way to Westernization and democracy as a whole. With affirmative action it appears that Rudy Giuliani’s words are coming to fruition. New York City for all its shortcomings has become stronger and more resilient in the face of terror.

Backtrack close to 2,000 years: on Tisha B’Av, 70 CE the holy Beit Hamikdash was destroyed, Jerusalem was in ruins and Israel was in a complete state of disarray. Throughout the following years there were more revolts, most famous among them the Bar Kochba revolt ,  that were squelched by the Romans. During the Bar Kochba revolt in 132 C.E., in an attempt to minimize Israel’s identification with the land, the Romans renamed Israel to be Palestine .

It has long been a belief that when Moshiach ben Yosef dies in battle and Moshiach ben David ascends his rightful throne as king of Israel, that true world peace will be established. Swords will be beaten into plowshares, fruits will grow a-plenty, and Israelites will be gathered from the four corners of the earth.

There are those that feel that the prophecies are being fulfilled right before our very eyes. Organizations like Shavei Israel  are doing a remarkable job by bringing long-lost Jews back to Israel to reclaim their heritage. Jews in Israel have made a land that was for centuries a swamp-ridden desert into a garden producing arguably the best fruits and vegetables of the world. Israel has become top of the line in researching and developing cutting-edge technology not only for military defense, but also for the rest of the world to enjoy, making us a true Light Unto the Nations. As early as 2015 the world may be seeing for the first time a flying car , developed by Urban Aeronautics  in Israel. In my humble opinion this flying car can represent the fabled “white donkey” that Moshiach is to ride on.

Read more: Tisha B’Av: Jerusalem Won’t Be the Same, It Will Be Better | Rafi Hecht | Ops & Blogs | The Times of Israel http://blogs.timesofisrael.com/tisha-bav-jerusalem-wont-be-the-same-it-will-be-better/#ixzz39NZoEz6c
Follow us: @timesofisrael on Twitter | timesofisrael on Facebook

← ISLAM-THE TRUTH FROM A BRAVE WOMAN’S MOUTH!
So This is What Hamas Stands For →